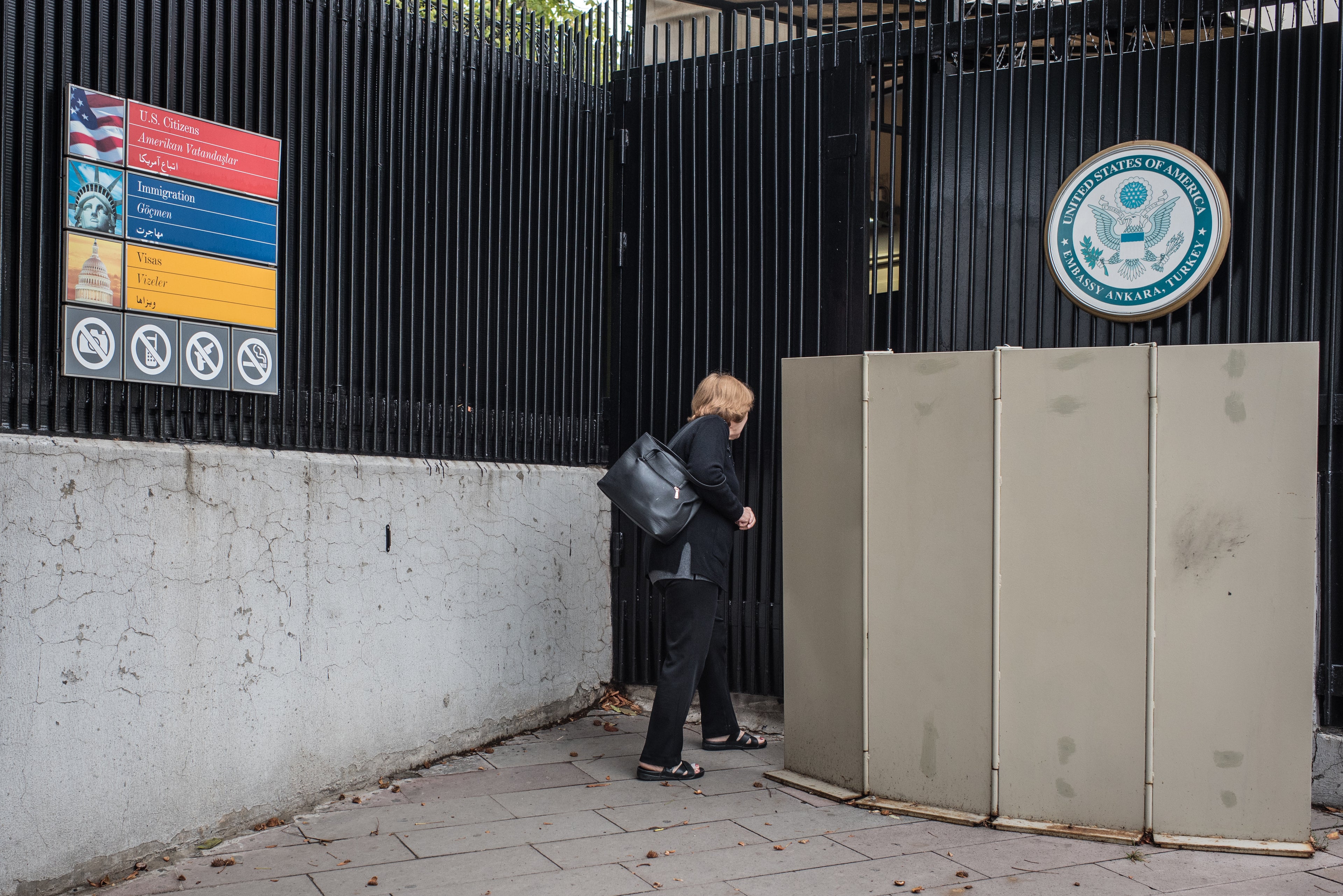 Visa Suspension Causes Chaos for American Travelers to Turkey
This post contains references to products from one or more of our advertisers. We may receive compensation when you click on links to those products. Terms apply to the offers listed on this page. For an explanation of our Advertising Policy, visit this page.

Update 12/28/2017: The Turkey-US visa spat has been resolved and now Americans are able to easily apply for Turkish e-visas once again.

As the diplomatic row between Washington, D.C. and Ankara rose to new levels this week, with both countries suspending non-immigrant visas and effectively ending tourism between them, both American and Turkish travelers and businesses found themselves engulfed in chaos, with few clues as to what to expect next.

"I called the Turkish consulate in Boston and the Turkish embassy in Washington, the visa call center and Turkish Airlines, and basically everyone was like, 'We don't know yet, but call this person,' and then that person is like, 'Call this other person,'" said Gary Clark, a 33-year-old toilet salesman from Chico, Calif., who had planned a 15-hour layover in Istanbul on Oct. 14 as part of his honeymoon. "Basically, everyone's passing the buck."

Turkish Airlines told Clark that he and his wife would have to remain in the arrivals section of the airport, so he canceled a reservation at a Hyatt hotel — and their plans for soaking in Turkish culture. He and his wife now plan on spending a couple hours confined to the airport before boarding a plane to Naples.

"I was excited to tour Istanbul," he said. "We'd booked the hotel, booked a car, and we were going to drop our bags off and go explore like I'd always wanted. You know, the Grand Bazaar, trying local Turkish food, going over to the Asian side — two continents but one city — stuff like that. Now, honestly I'm just hoping they'll let us on the plane at SFO."

In Lisbon, The Points Guy reader Shannon A. expected to enjoy a 24-hour layover in Istanbul Monday night, but was told that Americans weren't allowed in after 10pm, meaning her flight, which was scheduled to land at 10:25pm, was now useless, even though she had a visa. She was rebooked onto a TAP Air Portugal flight out of Lisbon.

"The other option was to spend tonight in the airport in Istanbul," she said in an email. "All [the Turkish Airlines personnel] knew was that starting at 10, US citizens wouldn't be allowed in. ... They were apologetic for not having more info."

Turkish Airlines has instituted a change and refund program for tickets for flights scheduled from Oct. 9 to Oct. 31 and terminating in Turkey, but calls and emails from TPG to the Turkish Airlines press office went unanswered, with the phone calls transferred to a machine. It was the same at the Turkish embassy in Washington, D.C., with no responses to emails by the time of publication and phone calls either sent to a machine or simply left ringing.

In an email, a US Department of State spokesman said only, "We have nothing beyond the Embassy statement at this time."

That statement, issued by the US embassy in Ankara on Sunday, reads: "In order to minimize the number of visitors to our Embassy and Consulates while this assessment [of the Turkish government's commitment to the security of US facilities] proceeds, effective immediately we have suspended all non-immigrant visa services at all US diplomatic facilities in Turkey."

Turks in or traveling to the US may have an easier time of it, according to New York-based immigration lawyer Ayhan Ogmen. The conditions placed on visas for Turks apply only to the embassy and consulates in Turkey, and isn't a ban on Turkish citizens, who can still apply for non-immigrant visas through the appropriate US offices outside of Turkey. Those with multiple-entry tourist visas or O1 or H1 visas "will not have any problems" reentering the US, he added.

In Turkey, accurate information was even harder to come by, with those most affected by the new policies — including hoteliers like Sedat Aklan, owner of the Adahan Hotel in Istanbul — left powerless and uninformed. Reached in the evening in Istanbul, hours after the US and Turkey made their announcements, Aklan said he was caught completely unawares.

"I don't understand what's happening. I really don't have any idea," he said. "I never guessed something like this would ever happen."

The number of American guests booking rooms at the hotel has dwindled since US embassies and the State Department started issuing travel warnings about Turkey, starting at least in October 2016, and Aklan has become resigned to suffering the consequences of diplomatic gamesmanship between his country and the US.

"Is it a long-term process? I don't know," he said. "If something happens, what can we do?"