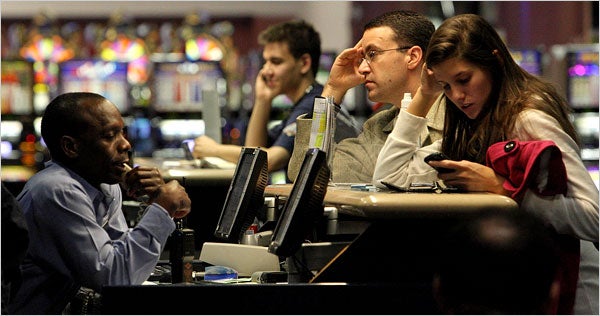 Court Ruling Opens EU Flight Delay Claims to 1.2 Million More Travelers
This post contains references to products from one or more of our advertisers. We may receive compensation when you click on links to those products. Terms apply to the offers listed on this page. For an explanation of our Advertising Policy, visit this page.

Update 3/16/2018: The UK Supreme Court has rejected Emirates' request to appeal the ruling that it must pay EU261 compensation to passengers in certain situations.

According to the UK Civil Aviation Authority press release, the Supreme Court refused to hear the case as "Emirates’ appeal did not raise an arguable point of law, because the Court of Justice of the European Union had already given a clear answer."

Emirates priority should be looking after its passengers, not finding ways in which they can prevent passengers accessing their rights. They have failed in their attempts to overturn the Court of Appeal Judgement, which now means that millions of pounds worth of compensation is due to its customers. It is time for Emirates to pay what is owed.

Travelers may be aware that the European Union has strong air passenger protections, but the details of what constitutes a compensation claim can be hard to understand for the periodic European traveler. It seems some non-EU airlines have been taking advantage of this — and a gray area in the EU regulations — to deny EU compensation claims, which can be as high as €600 (US$737) per person per delay.

Two sets of travelers were upset enough by their excessive delays and the airline's refusal of compensation that they took the matter to court. In October 2017, England's Court of Appeals ruled in their favor, finding that Emirates was in violation of the terms of Regulation (EC) No 261/2004.

Even before this ruling, five airlines had been specifically targeted by the United Kingdom's Civil Aviation Authority (CAA) for denying these types of claims: American Airlines, Emirates, Etihad, Singapore Airlines and Turkish Airlines. Each had been refusing to pay compensation to travelers for some delays by treating connecting flights as separate one-way trips. Now, this ruling gives the CAA the authority to compel these airlines to pay compensation to affected travelers — or face fines for refusing to do so.

The CAA has estimated that this ruling will help 200,000 travelers per year, and claims can be made up to six years after a delay. Therefore, there are approximately 1.2 million travelers who might now be able to file a compensation claim for a past delay.

Quick Review of the Case

Let's take a look at one of the court cases to understand the situation:

The EU regulations require compensation if you "arrived at your final destination with a delay of more than 3 hours," so the family filed a claim for EU 261/2004 compensation. But Emirates denied it, stating that Manchester to Dubai was the only flight covered by EU regulations and that flight wasn't delayed by more than three hours. According to the court, the airline argued that "the only relevant flights for the purpose of calculating any delay are the original flights out of EU airspace. Those are the only flights within the scope of Regulation 261. The connecting flights are not relevant unless they also fall within the scope of Regulation 261."

The court rejected Emirates' argument. "The necessary starting point here is that there is no requirement in Regulation 261 that they should land in the EU," the court wrote in its ruling. "Regulation 261 takes effect when the carrier is present in the EU and it imposes a contingent liability on the carrier at that point." If you want to read the entire court decision, here's a link to the ruling.

Who Can Now File a Claim

To summarize, you might be newly eligible for compensation if:

If one of your past flights falls under these conditions but you never filed a claim, it's worth taking a look to see if you're due compensation for that flight.

For instance, let's say that you had a London (LHR) to Philadelphia (PHL) flight on AA that was delayed by 2 hours. If your final destination (on that ticket) was Philadelphia, there's still no claim as this delay is under three hours. However, you'll now be entitled to make a claim if you were connecting through PHL on the same ticket and the LHR-PHL delay caused you to arrive at your final destination more than three hours late.

If you have an eligible trip, you can email your claim to American Airlines at AA.ECClaims@aa.com or submit a Customer Relations request at this link.

We reached out to American Airlines, Emirates, Etihad, Singapore Airlines and Turkish Airlines for comment, but didn't get an immediate reply.

After publishing, an Emirates spokesperson provided The Points Guy with the following statement:

We are very disappointed by the Court of Appeal’s ruling in relation to the application of EC261 on our flights from the UK involving a stopover in Dubai and are currently seeking legal advice on our options. Our commitment to excellent customer service will not be compromised and we will continue to always put the safety of our passengers and crew first, going above and beyond to ensure that any disruption caused are kept to a minimum.

As one of the world’s largest airlines, we have always complied rigorously with all legal requirements and regulations as set by the relevant authorities and these findings today will not impact this commitment.