Cancel and Refund a British Airways Award Ticket From Just $5.60

Articles
Summer Hull , aka Mommy Points, ran the Mommy Points site for families who want to travel more for less using miles and points for seven years. She now heads up a variety of special projects at TPG when she isn't exploring the world with her own two girls.
Follow
Oct. 29, 2017
•
4 min read 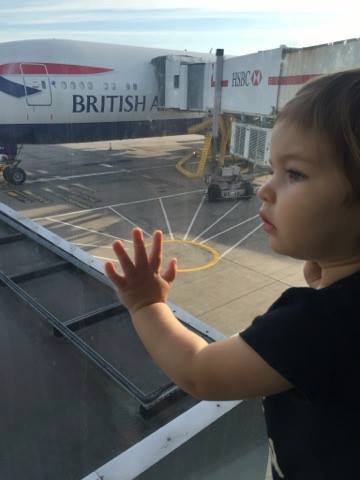 Cancel and Refund a British Airways Award Ticket From Just $5.60
This post contains references to products from one or more of our advertisers. We may receive compensation when you click on links to those products. Terms apply to the offers listed on this page. For an explanation of our Advertising Policy, visit this page.

I spent a few nights this week in Dallas at the CardCon and FinCon conferences both as an attendee and a panelist. I originally had booked flights from Houston to Dallas and back to head to the conferences, but when it came down to it, it had been a busy week for our family and I really didn't want to go to the airport super early in the morning and deal with all of the steps involved with flying. Instead, I preferred to just hop in the car and go on my own schedule and at my own pace. Luckily, my American Airlines operated flight home had been booked with British Airways Avios points, so it was pretty easy to get those points back with a very little penalty.

Cancel and Refund a British Airways Award From Just $5.60

As long as you cancel more than 24 hours before departure, you can potentially cancel your flights booked using British Airways Avios for just the cost of the taxes you paid. In my case, I had paid $5.60 in taxes + 7,500 British Airways Avios to fly from Dallas to Houston on American Airlines. When I canceled the award flight a couple of days before departure my points were refunded within a couple of hours and my only monetary loss was the $5.60 in taxes paid, which is pretty great for a last minute change of plans.

If this had been an award with higher taxes and fees, such as an international journey, I would have lost the first $55 in taxes/fees paid and then likely been reimbursed the remainder + the points used as long as I canceled at least 24 hours before the flight.

Now that you know a bit more about how the fees work when you cancel an award booked with British Airways Avios, here are the steps you can take to cancel your award ticket.

How to Cancel a British Airways Award Ticket

1. Log into your British Airways online account, go to the flight you wish to change, and select "Manage Booking".

2. Next, look for the hyperlink for "Cancellation options for this booking" as highlighted below.

3. Once you are in the cancellation options for your flight you can verify the information and request a refund.

4. You will then see verification that you have made a request to cancel and refund your flights. It does not spell out for you exactly what you will get back during the process, which is unfortunate, so you just have to trust that it will all work out as long as you are at least 24 hours out.

By the time I logged back into my British Airways Avios account a couple of hours later the 7,500 Avios had been refunded. I do not anticipate getting the $5.60 in taxes I paid at the time of booking refunded, which is a small price to pay for last-minute flexibility.

I love the British Airways program for booking domestic hops on partners like American Airlines in part for their distance-based award chart, in part for their periodic transfer bonuses from the Amex Membership Reward program and points earned with cards like The Platinum Card from American Express, and also because their cancellation and redeposit policies are much more palatable than those from airlines like American, Delta, and United.

Family schedules can be very unpredictable, so booking with an award program that doesn't drop the hammer on you when you have to cancel or change your flight plans is a very wise decision. Do you ever use British Airways Avios in part because of their award cancellation policies and fees?