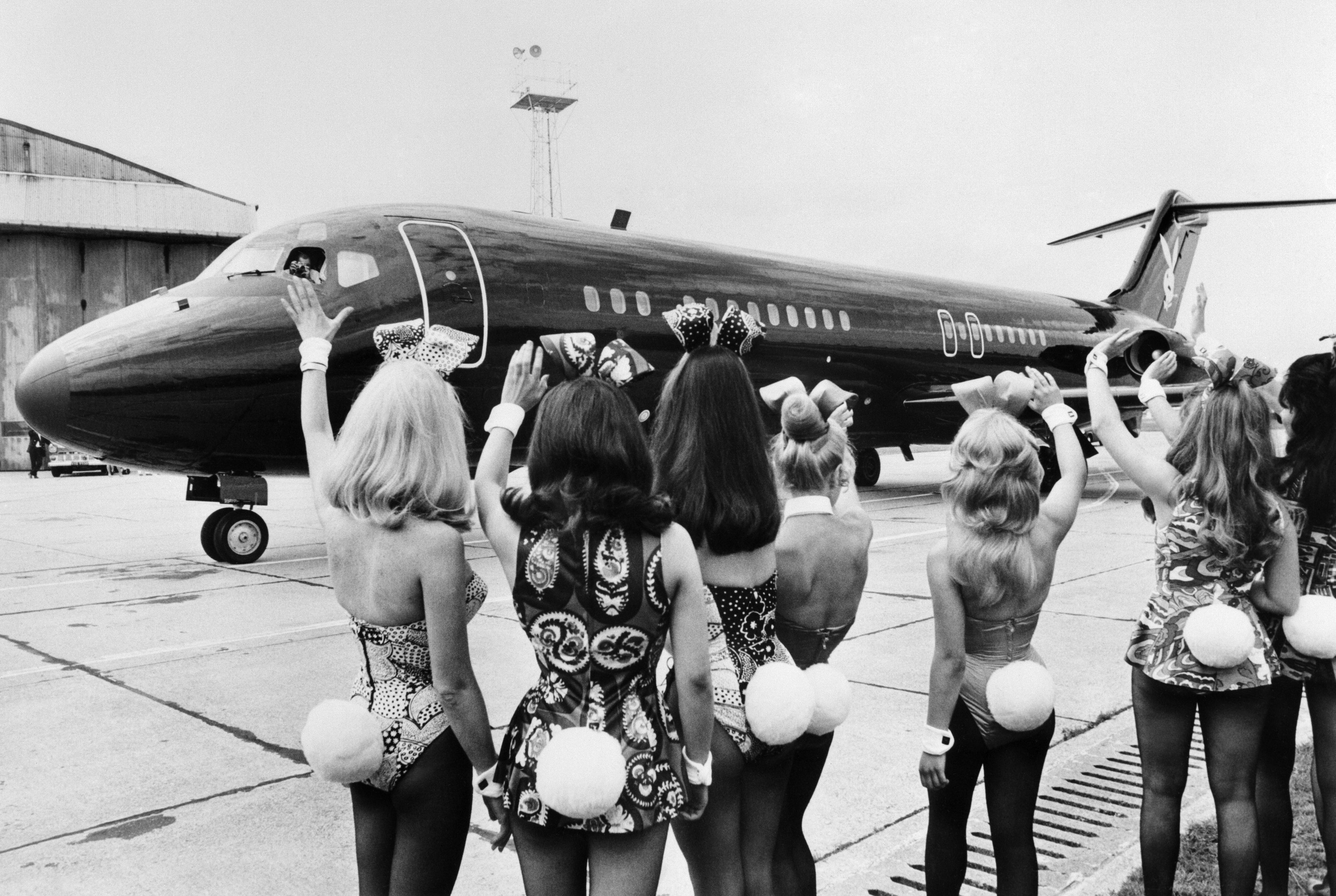 Hugh Hefner Aboard Playboy's "Big Bunny" DC-9
This post contains references to products from one or more of our advertisers. We may receive compensation when you click on links to those products. Terms apply to the offers listed on this page. For an explanation of our Advertising Policy, visit this page.

Hugh Hefner, founder and editor-in-chief of Playboy magazine and CCO of Playboy Enterprises, died at 91 on Wednesday, after a life that had made him a symbol of the sexual revolution that began in the 1960s. He lived the Playboy brand throughout his entire life — and a huge part of that brand was Hef's very own DC-9.

Hefner bought the jet, dubbed "The Big Bunny," in 1969 for about $5.5 million, about $40 million in today's dollars, new from the Douglas factory. He then had it customized into a flying party bus. The DC-9-32 was at the time a state of the art plane, the stretched version of the Douglas DC-9 that had marked the company's debut into twin-engine jets and competed directly with the Boeing 737. Hefner's was painted black and bore the registration N950PB, possibly a nod to the "Playboy Bunny," the famous logo that was also printed on the tail.

"My limo is black. My plane should be black," Hefner said in a Wall Street Journal article. Apparently, he even needed special permission from the federal government to color it in this fashion. The DC-9 was totally redesigned on the inside and featured a theater, living room, dining room, bathrooms with showers and even a "disco area."

The aircraft was outfitted with a circular bed and a full command center, where the media mogul could conduct business.

There was plenty of seating and lounge areas available.

The flight attendants, referred to as "Jet Bunnies," were actual Bunnies from the Playboy clubs in Chicago and Los Angeles and trained by Continental Airlines. Hefner shared quite a few photos of the jet via Twitter over the years, calling it a "great toy and a great gift to give" — having lent it to Elvis Presley and Yul Brynner. The airplane was actually operated and maintained by two since-defunct US airlines, Perdue and Ozark.

Here's Hef ready to take on the press.

You know you've got a big plane when you and your buddies can play Monopoly with a full-sized board.

The jet-black aircraft looked striking against the blue sky.

Check out a collection of clips aboard The Big Bunny:

Hefner said he retired the jet in the 1970s after he purchased the Playboy mansion.

"I fell in love with life at the mansion so a lot of the things I enjoyed in traveling I found at home," Hefner said. According to PlaneLogger, the Big Bunny was sold to Venezuela's Aeropostal in 1976 and then to Aeromexico in 1979. It flew with the Mexican airline until 2004 and is now displayed in a theme park in Mexico.