What You Need to Know About Travel to Barcelona Right Now

Articles
Emily McNutt is The Points Guy's Global News Editor and is based in London.
Follow
Aug. 18, 2017
•
4 min read 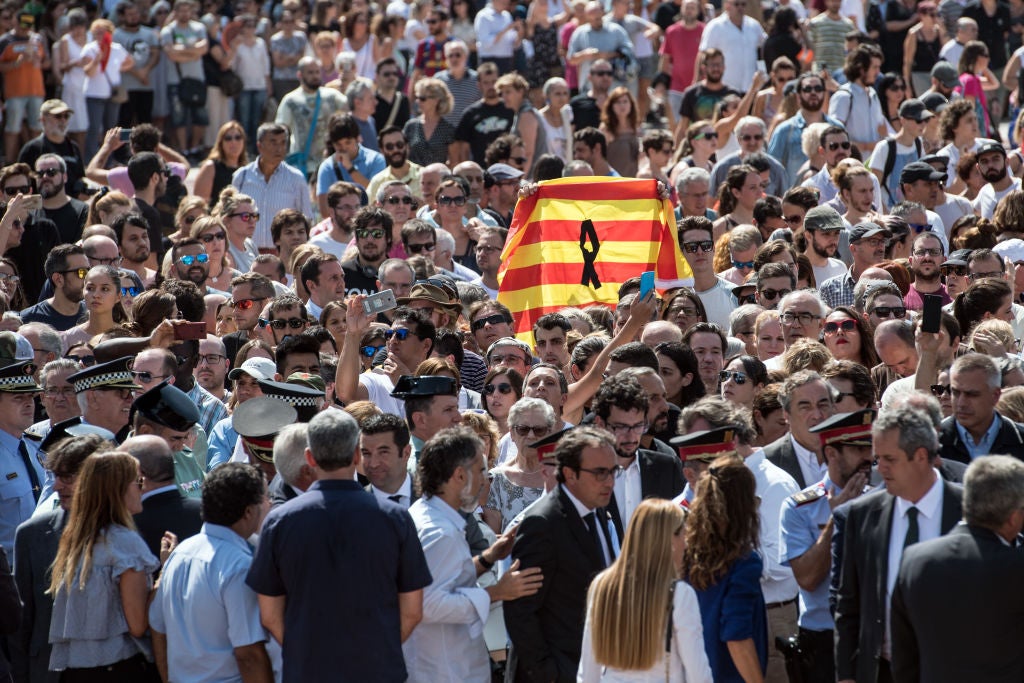 What You Need to Know About Travel to Barcelona Right Now
This post contains references to products from one or more of our advertisers. We may receive compensation when you click on links to those products. Terms apply to the offers listed on this page. For an explanation of our Advertising Policy, visit this page.

Thursday's terror attacks in Barcelona, Spain, have left the city and the country on edge. 13 people were killed and around 80 injured when a van drove down Las Ramblas, one of the city's most popular tourist attractions; another one was killed in the nearby seaside resort town of Cambrils as a car rammed pedestrians. But, according to locals, the tourism industry and experience should not be too affected if you're planning on traveling to the Catalonian city anytime soon.

While some might take extra precaution when traveling to or considering travel to Barcelona, the city doesn't expect to see a decline in tourism. According to La Vanguardia, the largest newspaper in the city, it's "business as usual" for tourists.

"Yes, we know," a French couple with two kids told a Vanguardia reporter who was asking about the attack. "But where can we have tapas downtown?"

Tourism is a massive part of Spain's livelihood. In 2016, Spain was the third-most visited country in the world, according to the UN World Tourism Organization, and Barcelona is one of the more popular cities for travelers. Recently, the city considered the massive influx of tourists, which has been labeled as overtourism, to be more of a burden than providing an economic boost. There have been recent reports of Spaniards throwing eggs at tourists, for example.

Tourism has grown so big in Barcelona that the combined fatalities and injuries from the week's attacks were from a combined 34 different nationalities. According to local authorities, people injured or killed in the attacks ranged from Taiwanese to Argentinian, Egyptian to Cuban — and one American has been confirmed among those killed.

Still, tourists shouldn't expect to encounter a much different atmosphere than a visit to the city at any other time. According to La Vanguardia, the famed Sagrada Familia cathedral closed early on Thursday night — at 7:55pm instead of 9:00pm. The Montjuic Lightshow was also canceled Thursday night, and there's no word on whether it will happen Friday night or over the weekend. Other than that, tourism and hotspots in the city are operating as usual, albeit under heavy presence of police wielding long weapons.

The subway and buses are working at near-normal pace, after some stations were closed in the wake of the Thursday attack in Barcelona.

The US State Department hasn't issued any new warnings for Spain travel. However, on its site, it continues to offer the same message about travel to the country that it does for many other European nations:

"Spain’s open borders with its western European neighbors allow possible terrorist groups to enter and exit the country with anonymity. Like other foreign governments, Spain has taken actions to guard against terrorist attacks, including arrests of suspected extremists allegedly involved in terrorist plots. Credible information indicates terrorist groups continue plotting possible attacks in Europe. All European countries remain potentially vulnerable to attacks from transnational terrorist organizations. U.S. citizens are reminded to remain vigilant with regard to their personal security."

If you're planning on taking a trip to Barcelona — or any city — the State Department recommends signing up for the Smart Traveler Enrollment Program (STEP). The free service allows American travelers to register their trip with local US embassies or consulates abroad. In case of an emergency, the embassy will then be able to contact you. The State Department also recommends sharing your trip plans, including itinerary and passport information, with family and friends so they can contact the local US diplomatic representation or the State Department in the case of an emergency.

Thus far, the only US carrier to offer a travel waiver for travel to, from or through Barcelona (BCN) has been American Airlines. If you were originally supposed to travel to, from or through BCN between August 17-20, 2017, with American, British Airways or Iberia, you could be eligible to rebook your flight without a change fee. You must have purchased your ticket by August 17, and rebooked travel can be for any time between August 17-24. You can’t change your origin or destination city, and you must rebook in same cabin or pay the difference in fare.