Flying to Qatar Gets Faster in First Easing of Gulf Crisis 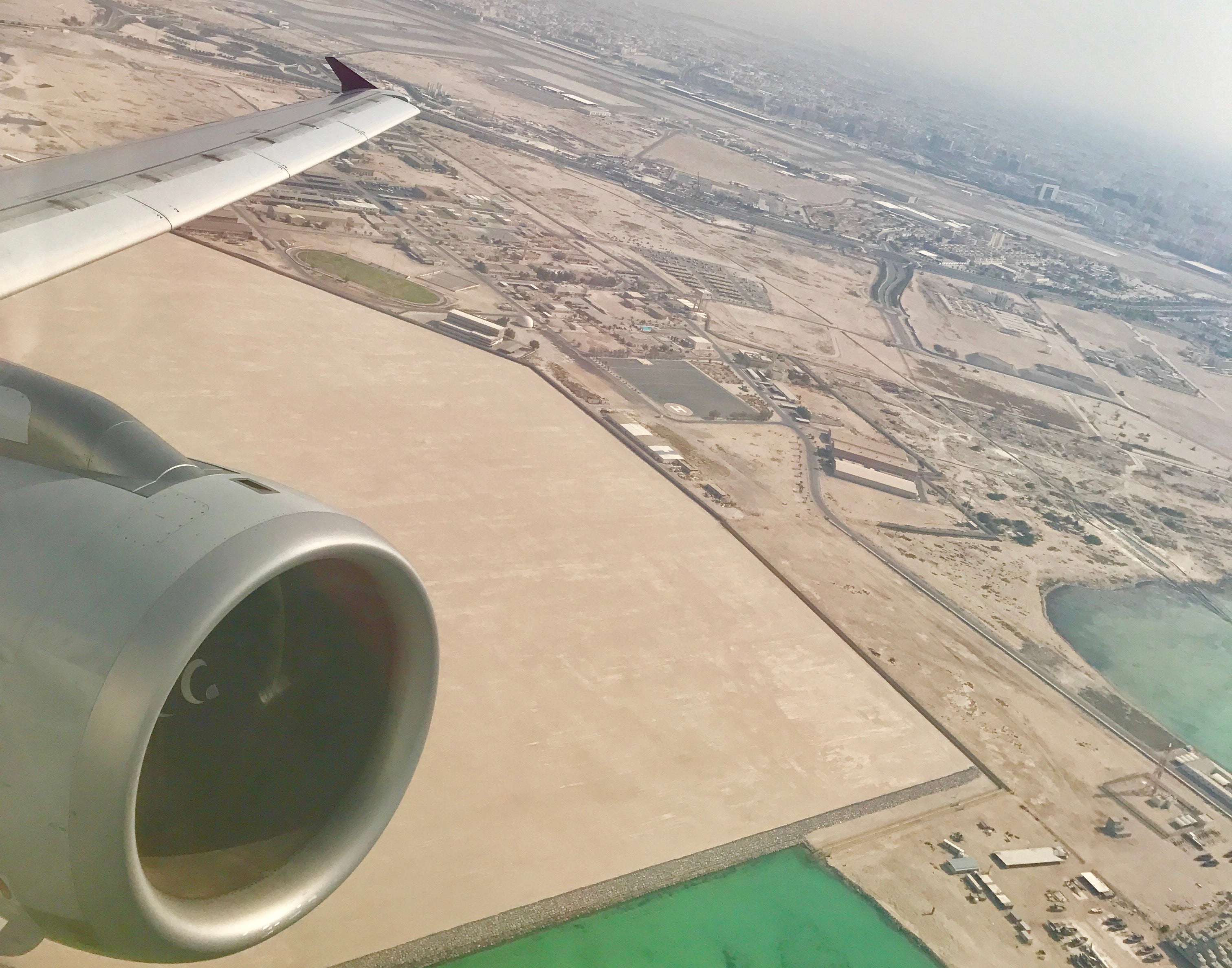 Flying to Qatar Gets Faster in First Easing of Gulf Crisis
This post contains references to products from one or more of our advertisers. We may receive compensation when you click on links to those products. Terms apply to the offers listed on this page. For an explanation of our Advertising Policy, visit this page.

We're now into the third month of a political rift in the Gulf pitting Qatar against several of its neighbors, which has affected Qatar Airways by blocking Qatari aircraft from entering the airspace of neighboring nations. That has forced Qatar Airways to take longer routes, and has also led to the suspension to flights between Qatar and Saudi Arabia, the United Arab Emirates, Bahrain and Egypt.

But on Monday, Qatar got some good news, in the form of the opening of airspace corridors over the Gulf shortening the current flight times into the capital and Qatar Airways hub, Doha. It is not an opening of all the national airspaces currently closed off to Qatari aircraft, but it is the first easing of the aviation blockade that followed the crisis.

The easing follows a directive by the International Civil Aviation Organization (ICAO, the United Nations body overseeing civil aviation) stating that Bahrain, Egypt and the UAE are bound to uphold the international treaties governing the so-called "freedom of the skies." Thanks to this directive, Qatar was expected to regain access to some airspace routes that were closed at the beginning of the crisis.

On Monday, a NOTAM ("notice to airmen," essentially an official notice to all flight crews) appeared in the US Federal Aviation Administration's NOTAM database, regarding a new flight information region, or FIR, route available through Bahrain airspace. In other words, it's a "highway in the sky" now available again for Qatari aircraft.

Another NOTAM also appeared, regarding a new FIR in the airspace of the United Arab Emirates

In brief, these NOTAMS state that a new flight information region airspace route has been made available to aircraft from the State of Qatar, effective August 7th. It's described as a 'temporary route' and is essentially a new airspace option for Qatar Airways aircraft departing and arriving at Doha (DOH) Hamad International Airport.

Qatari jets are permitted to use the route (the blue line) between 4,500ft and 22,000ft. As you can see, this FIR is near the United Arab Emirates.

As of Monday afternoon, local time, it doesn't appear that any Qatari aircraft has entered the new FIR just yet. You can see an example of the detour Qatari aircraft must make by looking at this Qatar Airways flight from Muscat (MCT), Oman, to Doha.

Unfortunately for Doha-bound passengers, the biggest airspace closure affecting Qatar isn't going to go away thanks to ICAO rules. That's because the largest no-fly zone affecting Qatar is Saudi Arabia, which unlike the other countries involved is not a signatory of the ICAO transit agreement and can therefore keep its airspace closed to Qatar as long as it wants. Qatar Airways aircraft avoiding Saudi airspace can be affected by detours of more than one hour, like I experienced between Doha and Larnaca (LCA), Cyprus.

Have you been affected by the Gulf airspace closures?