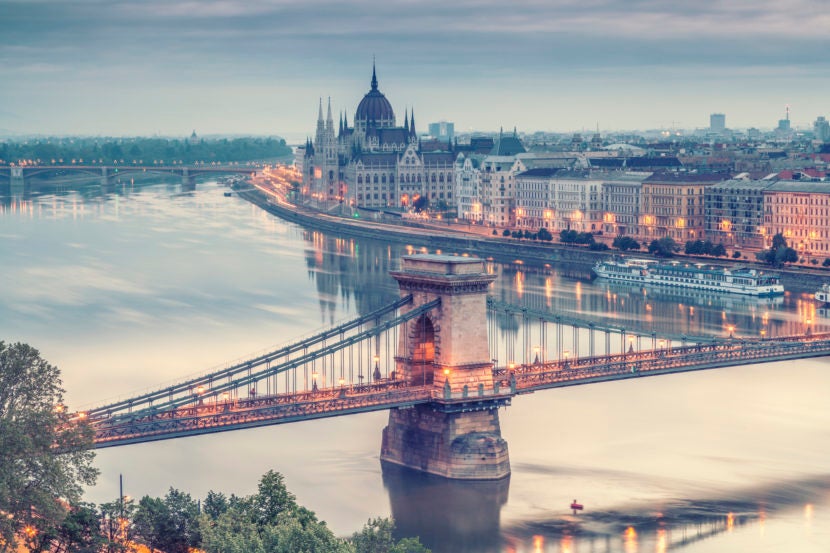 American Airlines Adds Several New European Routes for Next Summer
This post contains references to products from one or more of our advertisers. We may receive compensation when you click on links to those products. Terms apply to the offers listed on this page. For an explanation of our Advertising Policy, visit this page.

This morning, American Airlines unveiled three new European routes that will commence just in time for next summer's peak travel season. Starting May 4, 2018, AA passengers will be able to fly nonstop from Philadelphia (PHL) to Budapest (BUD) or Prague (PRG) and from Chicago (ORD) to Venice (VCE).

Although the flights aren't bookable yet (with cash or points), you'll be able to redeem AAdvantage miles for these flights at the following rates:

Note that AA's off peak rates to Europe aren't applicable to these routes, as they're only operating in the summer.

Philadelphia to Budapest and Prague

The Budapest flight is timed so that connecting passengers can make it to PHL with enough time to make the nine-hour overnight flight. The aircraft will spend two hours on the ground in BUD before turning back to Philadelphia, where it will land in the late afternoon.

The Prague flights are similar, but the shorter flight time allows for a longer turn at PRG and a slightly earlier arrival back in PHL.

These new routes are particularly good news for those wanting to fly business class to Europe. Currently, Oneworld travelers have to connect in either London (British Airways), Helsinki (Finnair) or Madrid (Iberia) and connect to these destinations — typically in a vastly inferior intra-European business-class hard product which usually is identical to economy, but with a blocked middle seat.

Business-class passengers on these routes will be able to enjoy their lie-flat business class seats on the longer flights to the Czech Republic and Hungary rather than having to wake up early in the morning to connect. That being said, the American Airlines 767 serving these routes isn't the best that the airline has to offer, as these seats don't come equipped with in-flight entertainment screens at each seat — flight attendants pass out tablets loaded with content instead.

Unfortunately, it gets worse for those of us in economy. There are no personal IFE systems or standard power plugs for the long flight to or from Europe. Some (but not all) seats have DC power plugs, so you're going to want to select the right seats and bring a converter if you want to recharge your devices.

This new route complements AA's existing PHL to Venice (VCE) flights. This new route will operate with the carrier's Boeing 787-8 aircraft. Like the other new flights, this one is only scheduled to run through the summer schedule from May 4 to October 27, 2018, and booking opens up on August 21, 2017.

Like most of AA's European flights, this one takes off in the evening and arrives the next morning. Interestingly, the return flight doesn't depart until mid-afternoon — allowing travelers more time to enjoy Venice, but potentially less connecting options after arriving in Chicago.

AA's choice of a Boeing 787-8 is one that's good for business class and economy class passengers. Pros include power and excellent in-flight entertainment at each seat. Cons include narrow seats in both classes. Also, you'll want to pick your business-class seats wisely, as some are prone to rocking when your neighbor moves. Check out our reviews of Main Cabin Extra and business class using this aircraft to get an idea of what to expect on board.