Here's Why It's Important to Set Aircraft Change Alerts 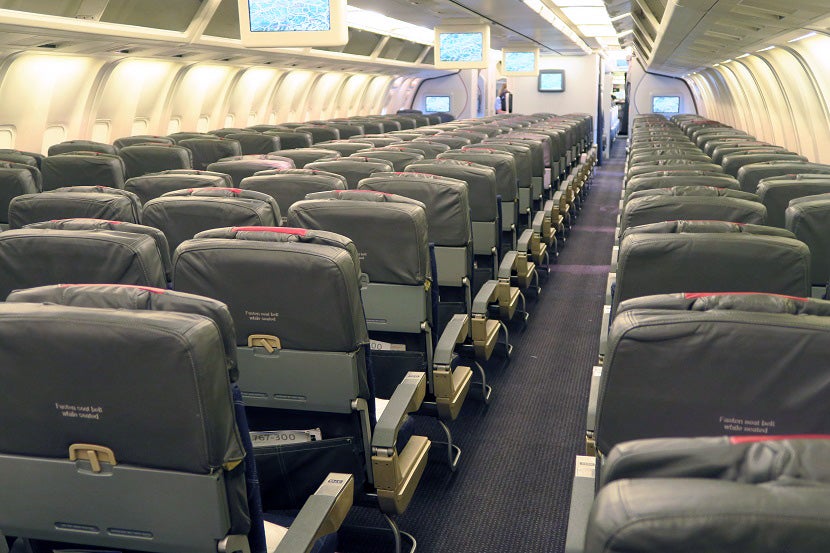 Here's Why It's Important to Set Aircraft Change Alerts
This post contains references to products from one or more of our advertisers. We may receive compensation when you click on links to those products. Terms apply to the offers listed on this page. For an explanation of our Advertising Policy, visit this page.

Not all aircraft interiors are created equally. There can be some vast differences between seats —even on the same airline's aircraft. And for those of us wanting to maximize our travel experience, information is power.

As it turns out, American Airlines swapped the aircraft at the last minute from a Boeing 787-8 to a Boeing 787-9. While that might seem like a small difference, those two aircraft are arranged quite differently. Both plane types have 3-3-3 seating in economy, but the 787-9 has a premium economy section and much better business class seats.

This was a huge upgrade both for those flying in business class and those who ended up in premium economy after paying for economy. For Christoph, who was next on the list for a business class upgrade, the aircraft swap meant going from an extra-legroom exit row seat to a standard legroom economy seat. He didn't find out until boarding that there was a change and by then, it was too late to do anything about it.

His question: How can you request compensation? And how can he avoid this in the future?

For compensation, my suggestion was to contact American Airlines customer relations via AA's web form pointing out the downgrade. Sure enough, this netted Christoph a voucher toward a future flight:

In terms of how to avoid this the next time around, the answer is simple: ExpertFlyer Aircraft Change Alerts. I have found it incredibly helpful to set aircraft change alerts for all of my flights, especially on American Airlines — which is known for its last-minute aircraft changes.

These type of alerts can be triggered when the airline swaps a retrofit aircraft for an older aircraft — or visa versa. Either way, you'll be one of the first to know about it and you can jump on the airline's website or app to reconsider seating options.

Last November, ExpertFlyer's Aircraft Change Alert discovered a newly-retrofitted Boeing 777-200 on a flight my wife and I were scheduled on from Dallas/Fort Worth (DFW) to Frankfurt (FRA) — changing from a spacious-but-old 2-5-2 arrangement to a modern-but-tight 3-4-3 arrangement. We were able to snag one of the few 2-seat pairs before the seats were filled by the airline's system.

You'll need to be a Premium ExpertFlyer member to set Aircraft Change Alerts and a Premium subscription costs $9.99/month or $99.99/year. For frequent travelers, the cost is well worth the price and for me, ExpertFlyer has become a necessary tool. However, even periodic travelers can get huge value out of a subscription. If your travel dates are locked in, setting an award availability alert can end up saving you a pile of miles or points — or a ton of time searching — by alerting you when saver space is available.