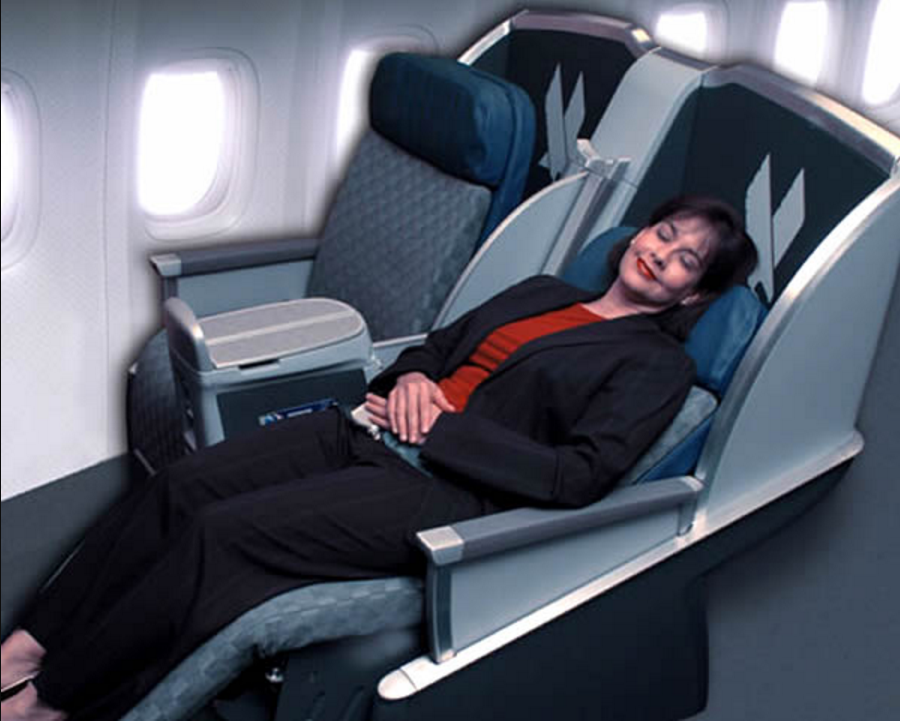 American Airlines Retires Its Last 777 Angle-Flat Business-Class Seats
This post contains references to products from one or more of our advertisers. We may receive compensation when you click on links to those products. Terms apply to the offers listed on this page. For an explanation of our Advertising Policy, visit this page.

In a retrofit originally scheduled to be complete by the end of June, American Airlines just sent the last of its 777-200s with angle-flat 2-3-2 business class seating to the shop in Hong Kong (HKG) to be revamped. The twin-engine jet with registration #N794AN arrived at Tokyo's Narita (NRT) airport after its final flight with sub-par business-class seating on Saturday, July 22 before being ferried to HKG on Sunday (July 23).

No word on if the business-class passengers received a commemorative medallion for being the last to fly in angle-flat on an AA transpacific flight.

When this aircraft comes out of the shop, all of AA's 777s will have 1-2-1 business-class seating — in the form of either a mediocre Zodiac seat (also found on AA's 787-8s) or a much better business class seat: The B/E Aerospace Super Diamond. In our recent rankings of American Airlines premium cabin seating, this newest business class seat comes in second place only behind AA's 777-300ER business class seats. Meanwhile, the angle-flat seats that are being replaced finished last in those same rankings.

The great news is that this aircraft will be yet another that will be fitted with B/E Aerospace Super Diamond business class seating. This top-notch business class product can be found on 27 of American Airlines' other Boeing 777-200s and all of its Boeing 787-9s.

What does this mean for economy fliers? Unfortunately, this was the last aircraft with 2-5-2 arranged seating in economy. All of the 777-200s have been coming out of the shop with tighter 3-4-3 economy class arrangement, albeit with drastically better in-flight entertainment systems and power plugs. As far as we know, this is the end of AA's fax-enabled aircraft.

During my pass through HKG a couple of weeks ago, I got a chance to see the second-to-last 777-200 for myself. N758AN was in the shop also getting a B/E Aerospace Super Diamond makeover.

Interestingly, after the planes receive their new business-class seats in Hong Kong, they have to travel to Paine Field, Washington (PAE) for the installation of the new premium economy seats. (Update 7/25: The original article mistakenly listed TUL for the location of the premium economy retrofit. Thanks to CanyonWendt for the correction.)

While we've reached the end of AA aircraft flying transpacific flights with angle-flat business class seats, sadly these aren't the last angle-flats in American Airlines fleet. Since AA is scheduled to phase out some old 757s and 767s by the end of the year, it's not retrofitting lie-flats on these aircraft. Hopefully you can the misfortune of getting stuck on one of these last ~25 aircraft (8 Boeing 767s and 17 Boeing 757s).

Did you get to experience AA's 777-200 angle-flat business class seating for yourself?