What Can I Take From a Hotel Room Without Being Charged? 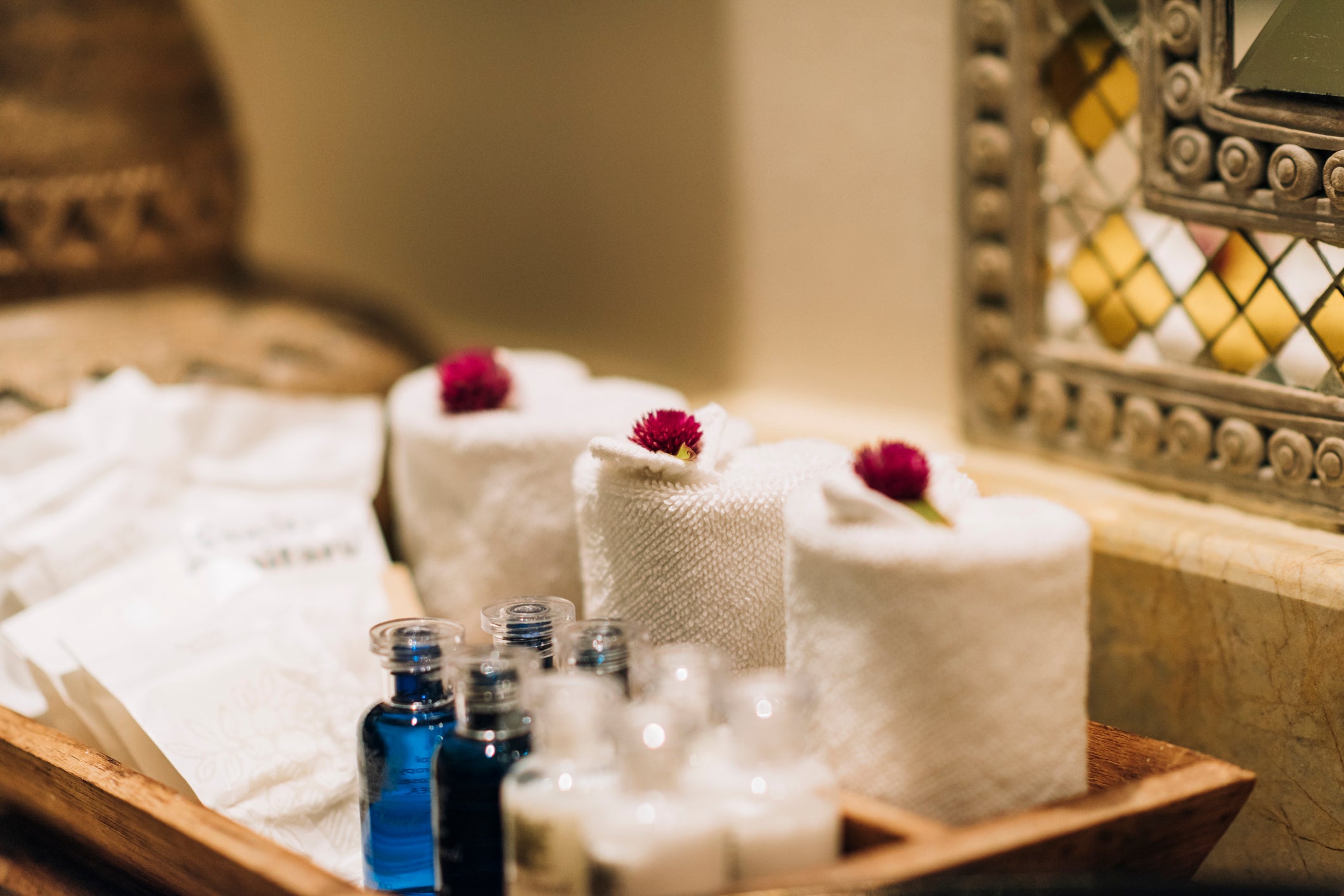 What Can I Take From a Hotel Room Without Being Charged?
This post contains references to products from one or more of our advertisers. We may receive compensation when you click on links to those products. Terms apply to the offers listed on this page. For an explanation of our Advertising Policy, visit this page.

Quora.com is a question-and-answer site where content is written and edited by its community of users. Occasionally we syndicate content from the site if we think it will interest TPG readers. This article originally appeared on Quora.com in response to the question, Is It Stealing If You Take Certain Items in Your Already Paid-For Hotel Room Like Soap, Shampoo, Stationery, Etc? and was written by Michael Forrest Jones of the Beechmont Hotels Corporation.

We expect guests to either use or take consumable items — soap, shampoo, stationery, etc. You're welcome. Things like towels, hair dryers, lamps, TVs, TV remotes (I think some guests are mutant aliens who eat TV remotes. Like, gee, the remote can't be counted upon to work with any TV anywhere except the one in the room, but they do travel), alarm clock radios, comforters, coffee makers, bedspreads and blankets are obviously intended for the next guests, are part of the furnishings and we don't want you taking them. They are also a bit more costly — in a cheap motel, these things can cost almost as much as you paid for the room in some cases, and definitely more than our profit margin in many more cases, so yes, we go a little nuts when people help themselves to them.

Bathrobes occupy a grey area in the middle. Some hotels provide them as part of the bedding and want to launder them and hang them for another guest when you check out. On the other hand, in a more upscale property, some people actually assume that they're gifts, with the hotel's blessing. Something like that is a good promotional item, if a little on the pricey side for a midscale hotel: if you did it at all, you'd only do it for your most important customers. I wouldn't provide them in every room to every guest, but a VIP might find a bathrobe monogrammed with the hotel logo left in the room as a gift. (Not all of them get opened or taken in places where I've seen it done that way.)

Likewise, I'd keep a few — maybe four or five — down comforters around, in case I spotted a reservation for someone like Stephanie in time to pick out a good room for her and tell the housekeepers in advance to make it up with one on the bed. But this is another item that wouldn't be provided in every room: only for VIPs who I knew ahead of time were coming, and who I knew liked such things. Keep it down to that scale and you can launder them after every use, which is the way it should be, anyway, but never is. And most people know not to take them although, again, at that scale and given the VIP status of the only people that would have access to them, I wouldn't fuss too much if someone took one. (They probably wouldn't find one on the bed the next time they came, but just once? Nahhh, I'd probably growl a little bit and let it slide).

Believe it or not, that "Should you take it or shouldn't you?" gray area is occupied by another, somewhat surprising, item: the Gideon Bible in the nightstand. Gideons' International sent a guy to speak at a church I attended one Sunday morning and the speaker shared the Christian organization's dirty little secret: the Gideons actually want you to steal the Bible from your hotel room and can't get enough people to do it. (Perhaps anyone who cares enough about what the Bible has to say about anything to even want a Bible worries just a little that stealing — especially stealing something like a Bible — is the sort of thing people burn in hell for).

Before Al Gore invented the Internet, if I checked into a hotel in a new town and there was a telephone directory in good condition in the nightstand, color it gone. Back in the day, the local phone book was the best that could be had for various kinds of market research, and I knew that the hotel had been provided with a half pallet load from the phone company and could always get more anyway.

One thing we tried in a hotel where I worked as a general manager prior to launching my own company that we're going back to in our own hotels is imprinted coffee mugs. Since we're going with real coffee makers in the rooms (not the cheesy little four-cup 'motel models'), why not provide a real coffee mug? Like the Gideon Bible, we can't afford to offer it as a giveaway item to everyone, but we won't fuss if you take one or two (we plan on 'losing' about one out of maybe five or six). Someone determined to collect the whole set from each of our hotels — you don't have to steal them, we'll give you a couple of them if you ask — has some potential as good, loyal, hundred-dollar-a-night customers well worth the price of an occasional cheap coffee mug stolen from the room. The cost to us, even with the logo imprinted, is about two bucks. But the promotional value — an advertising impression every time you pour a cup of coffee into your favorite mug in the morning or have guests over for coffee at any other time — priceless.

Want to steal the bathtub ducky? (These are well-received promotional items in places I've been able to use them: seeing the ducky on top of your fresh towels on the vanity top assures you that the tub is clean and is a touchstone, a conversation piece similar to the Doubletree chocolate chip cookie...) I don't care if you take 50 of my 28¢ bathtub duckies — in order to get that many, you have to stay 50 times at a hundred bucks give or take per night. Do the math.

And finally, here's a relic that you don't see anymore: towels with the name of the hotel embroidered into them. Intended as a deterrent to theft of the towels when they came out years ago, they actually incentivized it: the hotel's imprint on the towel gave souvenir value to what otherwise would have been just an unremarkable, plain white towel.

Until very recently, I still had my "Johnny's Motor Lodge" towel from a motel in Raleigh, NC, that I stayed at one night in the late '70's.

A hotel can still order them if they shop around (and don't mind paying extra for the imprint so you can go through your terry twice as fast, as more people take them home); but they're not nearly as commonplace as they once were. In the years since, hotels have gone back to plain, white towels.