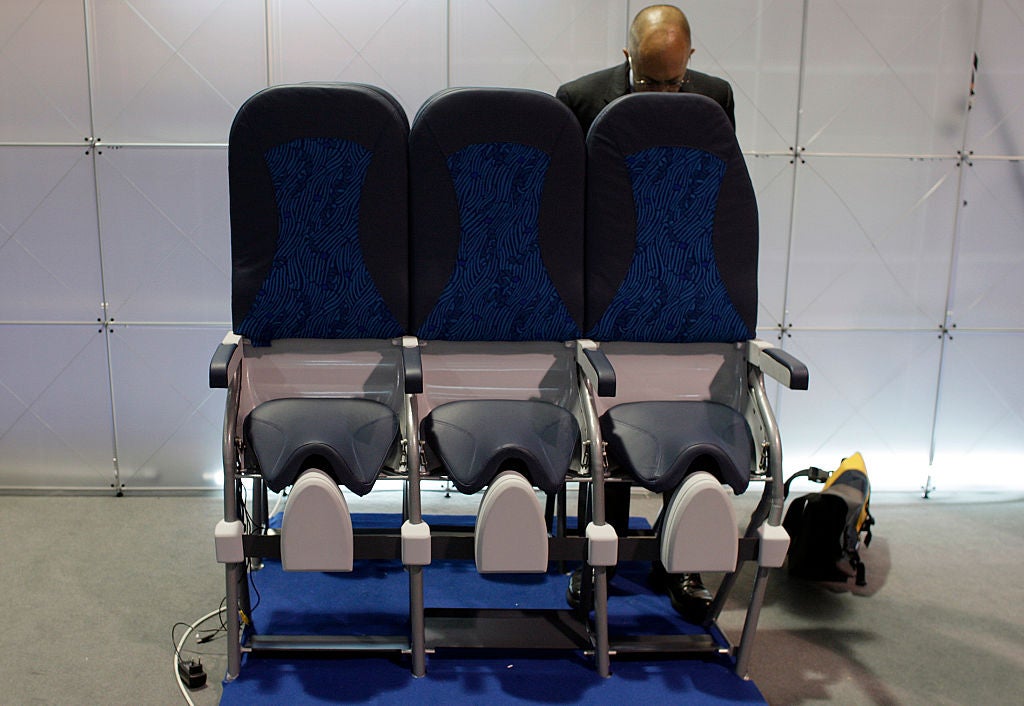 Budget Airline VivaColombia May Introduce 'Standing Seats'
This post contains references to products from one or more of our advertisers. We may receive compensation when you click on links to those products. Terms apply to the offers listed on this page. For an explanation of our Advertising Policy, visit this page.

As frequent flyers, we have a tendency to complain about delays, cancellations and other disruptions to our travel plans, but if it comes down to a choice between safety or convenience, we’re going to choose the former each and every time. We probably take it for granted that our chosen airline makes our safety a top priority, too. Which makes the news that Colombia-based budget airline VivaColombia would like to remove all the seats from its planes — and make customers stand — well, a bit disconcerting (to put it mildly).

In a recent interview with the Miami Herald, William Shaw, the truly-no-frills airline’s founder and CEO, confirmed that, "There are people out there right now researching whether you can fly standing up. We’re very interested in anything that makes travel less expensive."

The airline, which currently offers daily flights from Medellín to Miami, is in the midst of expanding its fleet as the tourism industry in Colombia continues to grow. Last week, the company announced it would be adding 50 Airbus 320s to its fleet, with the first one making its inaugural flight next May. Because these new planes are more fuel-efficient, have lower maintenance costs and offer more seating, they’ll be cheaper to operate, and the airline can pass those savings on to its customers. But VivaColombia would like to make its flights even cheaper.

According to the Miami Herald, it was Airbus that first came up with the idea of replacing already-cramped airline seats with "standing seating," similar to a bar stool.

No regulatory committee has signed off on the idea yet, and even Alfredo Bocanegra — Colombia’s civil aviation director — is clearly not wild about it. "People have to travel like human beings," Bocanegra said during an interview with RCN radio last week. "Anyone who has ridden on public mass transit knows that it’s not the best when you're standing."

Standing on a subway train when it makes its way around a tight corner can be dangerous enough. Standing on an airplane that’s traveling more than 500 miles per hour at cruising altitude could be a different story — especially if you hit a bit of turbulence. Still, according to the Herald, Shaw says the company’s real goal is to give working-class Colombians, who wouldn’t be able to afford to fly otherwise, the chance to explore their own country. "Who cares if you don’t have an in-flight entertainment system for a one-hour flight?" he asked. "Who care that there aren’t marble floors... or that you don’t get free peanuts?"

Sure, not getting peanuts is one thing, but not having a seat is something else altogether.