5 Foods (and 1 Drink) You'll Rarely Find on a Flight 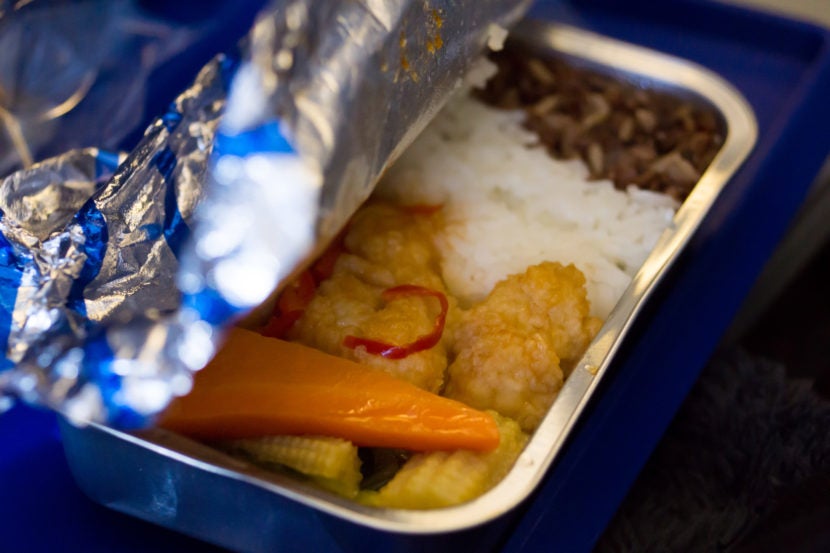 Airline food has improved by leaps and bounds over the last couple decades, but there are still a few items that remain mostly off the menu, for various reasons. Here are some of the ones experts told TPG you'll rarely find on a flight.

Because they contain sulfur compounds, cruciferous vegetables like broccoli give off an unpleasant odor that tends to fill a cabin when they're heated. In addition, they (like beans) tend to give people gas and make them feel bloated.

That toothsome crunch and crispiness that makes french fries, fried chicken and onion rings so fun and tasty? Don't expect any of that in the air. By the time they're ready to serve on a flight, these foods usually end up mushy and unpleasant.

Think about it: four to 18 bathrooms on a flight full of as many as nearly 853 passengers. Add an infamous laxative to the mix, and you're just asking for disaster.

Notorious among airlines for how difficult they are to get right, you'll commonly see scrambled eggs or omelets on breakfast menus, but you'll never see eggs sunnyside up, easy, medium or basically anything short of fully cooked. "Anything that requires a runny egg just dries out," says Jamie Perry, Vice President of Marketing for JetBlue.

Sure, flights always seem to have sandwiches or those Styrofoam-like rolls on hand, but you're not going to get a classic baguette, crusty sourdough boule or crackly-skinned fougasse with silky-tender interior. Breads like those are best straight out of the oven and the logistics of airline service mean only a lucky few will get their fresh, hot breads in time to enjoy properly.

On the Drink Menu: No Wines with Mineral Flavors

That taste of slate or stone may be delightful at sea level, but at altitude, wine with strong mineral notes tastes less like rock and more like plain old dirt.

And the one item you're going to find on pretty much every flight in the world? Chicken, which is universally available, relatively inexpensive, healthy and lean and doesn't transgress common religious or cultural prohibitions (unlike pork or beef).

For more on the science behind airplane food, check out this in-depth report.

What foods and drinks do you never see on flights? What do you wish they'd put on the menu? What would you ban? Sound off, below!