Save Money By Changing This Paypal Currency Setting

Articles
Summer Hull , aka Mommy Points, ran the Mommy Points site for families who want to travel more for less using miles and points for seven years. She now heads up a variety of special projects at TPG when she isn't exploring the world with her own two girls.
Follow
May 09, 2017
•
3 min read 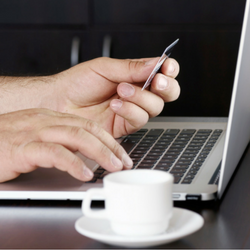 Save Money By Changing This Paypal Currency Setting
This post contains references to products from one or more of our advertisers. We may receive compensation when you click on links to those products. Terms apply to the offers listed on this page. For an explanation of our Advertising Policy, visit this page.

When you travel to another country it is common to be asked when paying with a credit card if you want to be charged in the local currency or in US dollars. While it may seem counter-intuitive at first, the correct answer is virtually always to be charged in local currency as otherwise you are very, very likely to lose out on a less than favorable exchange rate. Of course you also want to be sure to pay with a credit card that does not charge a foreign transaction fee so you aren't hit with a roughly 3% fee by your bank every time you use your card abroad to pay in local currency.

I knew that #traveltruth, but I had never dealt with this issue from my home when using Paypal online to pay for services from another country. I'm sure some of you have already experienced this phenomenon, but if you haven't yet, be aware that you have to be on guard when using Paypal to pay for services billed in a different currency or you may end up wasting money on unfavorable exchange rates because of a Paypal default setting.

To give an example, I recently had a £600 bill to pay via PayPal and when I went to pay it I was surprised that it was displaying the price in USD.

Not only that, but I was surprised that the converted total was as high as it was, as I figured that it would convert to less than $800 USD. Turns out that the default setting in PayPal seems to be convert the transaction to the currency of the credit card you have on file, at least for Visa and MasterCard cards.

You can change the setting to bill you in the currency listed in the seller's invoice by following several steps, but it isn't an intuitive process so I'll outline how I got it done.

To change the conversion settings, log into your PayPal account and then click on "Payments" on the top bar. Next, select "Manage Pre-approved Payments". From that screen you can select a tiny "Set Available Funding Sources" link as shown below.

On the Manage Funding Sources screen you can click the hyperlink "Conversion Options" by the Visa and MasterCard cards to change their conversion settings.

You can then click off of the default setting on top and instead have Paypal bill your card in the currency listed on the seller's invoice as indicated by the second option.

Once I changed this setting I then was able to view and pay the bill in pounds with that specific credit card.

Now let's talk again about why I wanted to do that in the first place. Paypal was converting £600 into $802.03, but when I instead paid in pounds and let my bank do the conversion for me I instead paid just $775.32.

That is roughly $27 saved by paying in 'local currency' and trusting my bank's conversion rate over the payment system at hand. Have you ever dealt with this issue? Do you have any other money saving tips when dealing with different currencies?