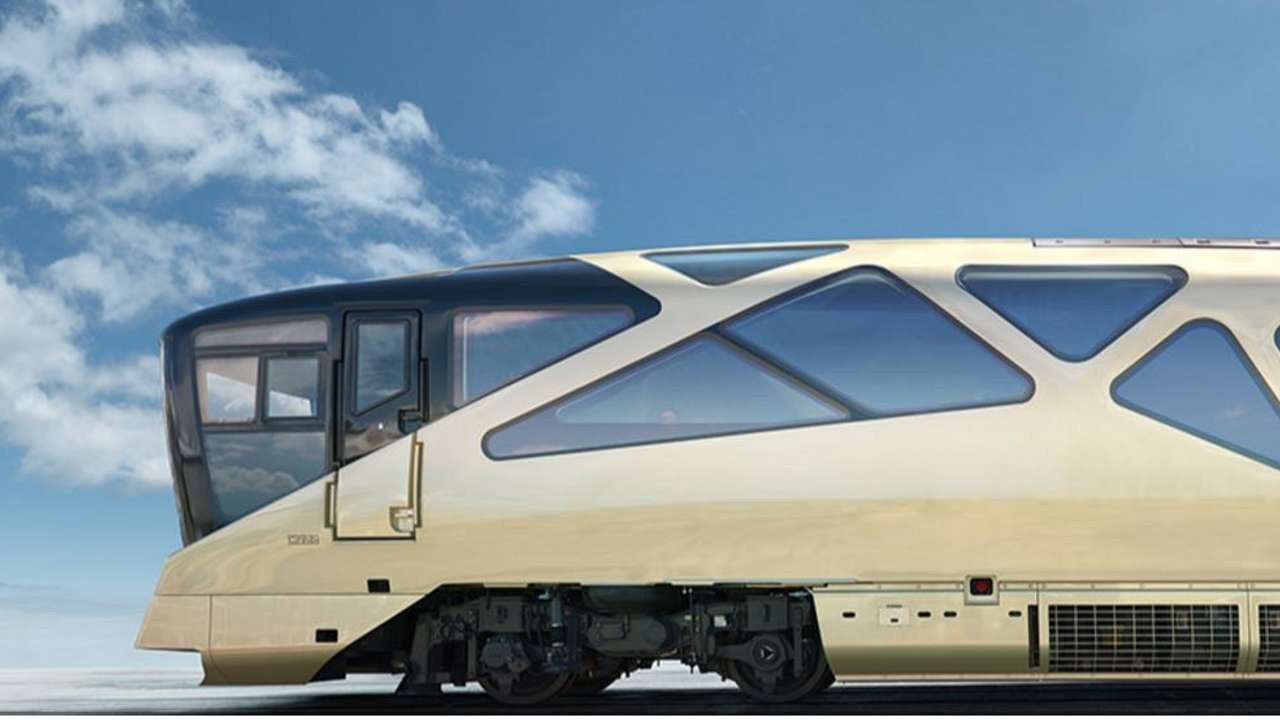 A Look Inside Japan’s New, Ultra-Luxurious Shiki-Shima Train
This post contains references to products from one or more of our advertisers. We may receive compensation when you click on links to those products. Terms apply to the offers listed on this page. For an explanation of our Advertising Policy, visit this page.

With all the latest advancements in air travel, train travel may have fallen a bit out of fashion these days but the East Japan Railway Company (JR East) is hoping to change that. While its JR Tokyo Wide pass is letting rail-riders spend several days exploring the area around Tokyo, the company's new ultra-luxurious sleeper train, the Train Suite Shiki-shima, could very well change the way people think about it.

Making its debut earlier this month, the Shiki-shima was created as a vessel for discovering the wonders of eastern Japan, many of which go largely unexplored by visitors to the area. Rather than just letting the scenery do the talking, the train itself is a work of art that was designed with discerning travelers in mind, beginning with its gorgeous golden exterior. But the real opulence is inside the train.

In order to make the most of a trip aboard the Shiki-shima as a sightseeing experience, the train’s observatory cars — located at the both the front and rear of the train — feature glass walls and ceilings, with plenty of comfortable couches and chairs for lounging and taking it all in.

When you feel like kicking back with a cocktail, the sumptuous lounge car offers perfectly mixed cocktails with a view — and all of it with elegant, eye-catching details that illustrate Japan’s long-held artistic traditions, like the carefully crafted wall pattern that’s meant to mimic the feel of the forest.

All that sightseeing is sure to work up an appetite. Fortunately, Shiki-shima’s first-class dining room has got more than a few half-stale bagels and single-serving bottles of wine on offer. The train’s chefs take a cue from the nature that surrounds them, and the country’s culinary traditions, by serving up a menu that’s made with local, seasonal fare and served fine dining-style.

One of the most important elements of any sleeper train is the sleeping quarters in question — and Shiki-shima’s all-suite accommodations do not disappoint. According to the company, the train’s sleeper cars “seamlessly combine traditional Japanese aesthetics with a futuristic spirit.” Each one of the three room types — suites, deluxe suites and the Shiki-shima suite — feature private bathrooms and showers, plus extra-wide windows for watching the world go by.

Now for the not-so-good news: this kind of over-the-top travel opportunity is meant to be exclusive. According to Inhabitat, there are only a total of 17 rooms — two signature deluxe suites, and 15 standard and deluxe rooms — which means that rooms are hard to come by; Condé Nast Traveler recently reported that the train’s first batch of trips for 2017 have already sold out until next year. On the bright side, that'll give you the better part of a year to save up the 1 million yen, or $8,866 or so it costs per ticket.

All images courtesy of the East Japan Railway Company.