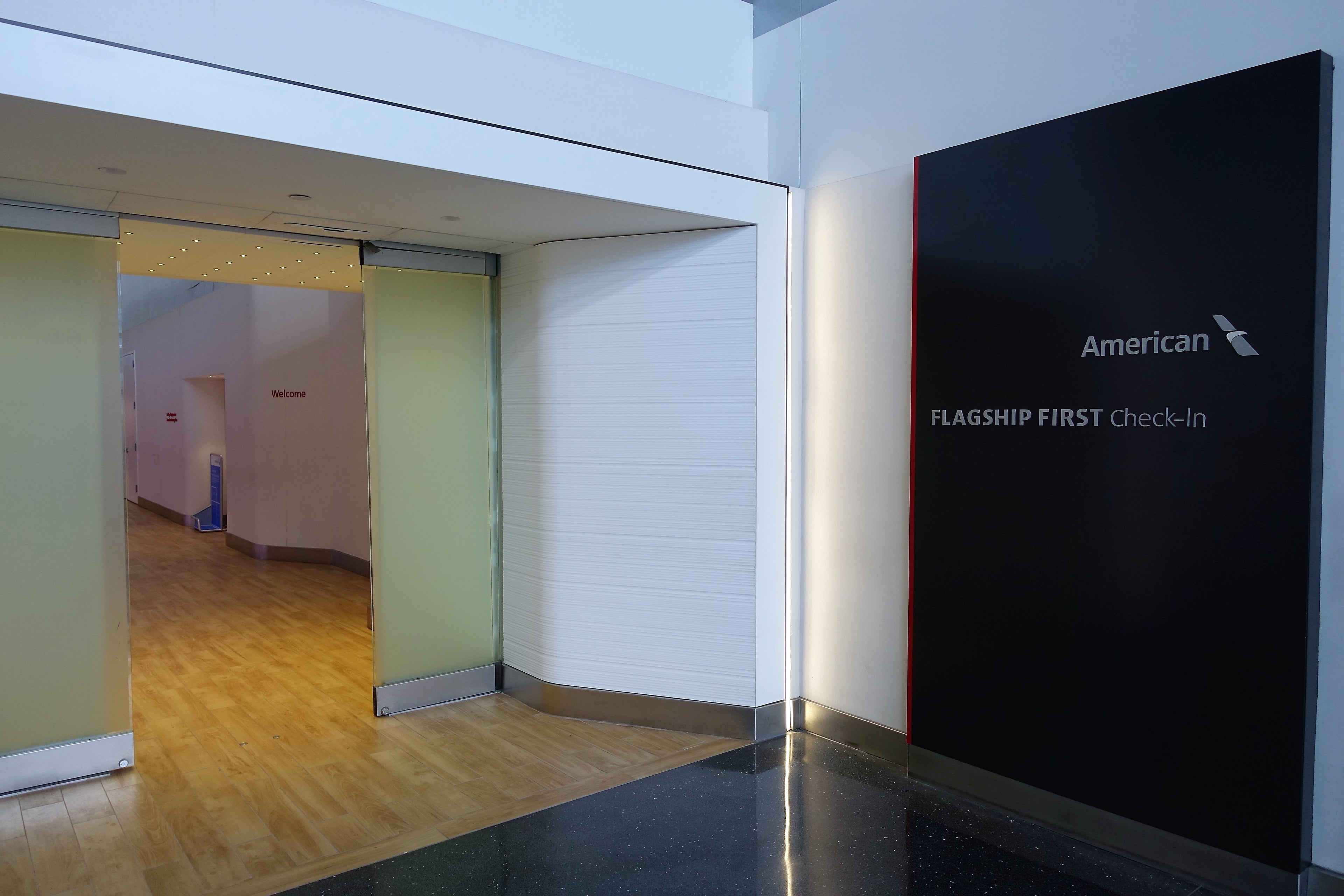 And there's good news for American Airlines top-tier elites: Executive Platinum members (and one guest) can now use the Flagship First Check-In on qualifying international routes.

Let's take this opportunity to dive into the Flagship First Check-In access policy to see who qualifies and on which routes.

Flagship Check-In is designed by American Airlines to provide its top customers an exclusive check-in experience. Each location has a private area, walled off from the rest of the check-in desks. Inside, there are a few desks with agents to check you in and tag your checked luggage. Here's how it looks at JFK:

Once checked-in, the JFK Flagship First Check-In has seating areas, if you need to wait for other passengers or want to collect your stuff before heading into security.

Once you're ready to clear security, each Flagship First Check-In provides "expedited security access." From arriving at the airport to reaching security, the process could take only minutes — allowing qualifying passengers more leeway on how early to arrive at the airport or more time in the lounge.

You're going to see the phrase "qualifying international routes" a lot in the sections below. So, let's define that first. Generally, these routes are intercontinental flights: to Europe, Asia, South America, Australia and New Zealand. While not quite intercontinental, flights to Central America also qualify.

First Class on AA or Other Oneworld Carriers

If you're flying first class on a qualifying international route, you (and one guest) can use the Flagship First Check-In. This is true if you're flying first class on American Airlines or one of its partners (i.e. British Airways, Finnair, Iberia, Qantas). However, be careful that you check in at the correct terminal. For example, British Airways and Iberia depart out of JFK's Terminal 7 rather than AA's Terminal 8.

AA also grants access to Flagship First Check-In if you're flying first class on American Airlines' key transcontinental routes: New York's JFK to Los Angeles (LAX), JFK to San Francisco (SFO) and Miami (MIA) to LAX. However, you have to be flying first class on a three-class aircraft to get access — either on the 777-300ER or A321T. On transcontinental routes, you don't get to bring a non-qualifying guest into Flagship First Check-In with you.

This is the part of the access policy that changed this week: American Airlines Executive Platinum members on qualifying international routes can now use the Flagship First Check-In area. You're allowed to bring one non-qualifying guest into the check-in area with you.

Top-tier elites on other Oneworld carriers can also use Flagship First Check-In. For qualifying international routes operated by American Airlines, Oneworld Emeralds are able to enter with up to one guest. For all other flights operated by AA, these elites still get access — but won't be able to bring a guest.

In order to get access, you'll need to prove your status via your frequent flyer card or already-printed boarding pass that reflects your status.

Have you experienced Flagship First Check-In?