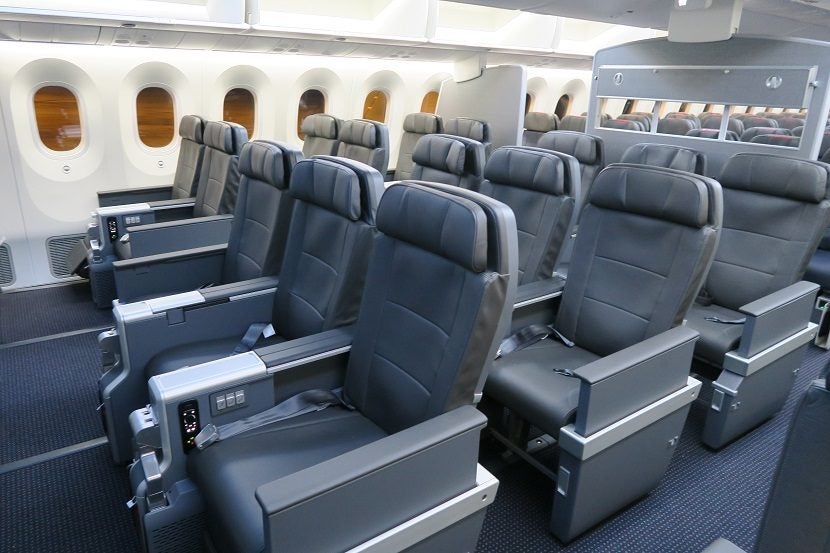 Let's take this chance to review when and where the 787-9 will be flying — and how you can try out AA's newest business class and premium economy products.

Currently, there are four routes being serviced by American Airlines' fleet of six Boeing 787-9 Dreamliners. All four of these routes are based in Dallas (DFW), but Chicago (ORD) and LAX are getting some premium economy love later this year. Here are the routes that have — or will have — premium economy service:

If you're an American Airlines elite, this is a golden opportunity — but it's about to expire. Now through May 3, you can fly on one of the four existing routes (DFW-MAD, DFW-CDG, DFW-GRU, DFW-ICN) and select a premium economy seat when you book an economy ticket. As these seats are designated as Main Cabin Extra, non-elite members will have to pay extra to select these seats. The cost for these MCE upgrades can be steep (up to $211 one-way), so this option is best for American Airlines Platinum, Platinum Pro and Executive Platinum members — who can select MCE seats for free.

While some may be looking forward to using miles to book premium economy, it's concerning to us Executive Platinum elites that AA follows that statement with the following: "Until then, you can upgrade to Business from Main Cabin and Premium Economy using your AAdvantage miles or systemwide upgrades" (emphasis added). It'll be quite a blow to the value of a SWU if this transition marks the end of SWUs bypassing premium economy.

Have you flown in AA's new premium economy cabin?