Articles
Summer Hull , aka Mommy Points, ran the Mommy Points site for families who want to travel more for less using miles and points for seven years. She now heads up a variety of special projects at TPG when she isn't exploring the world with her own two girls.
Follow
March 17, 2017
•
11 min read 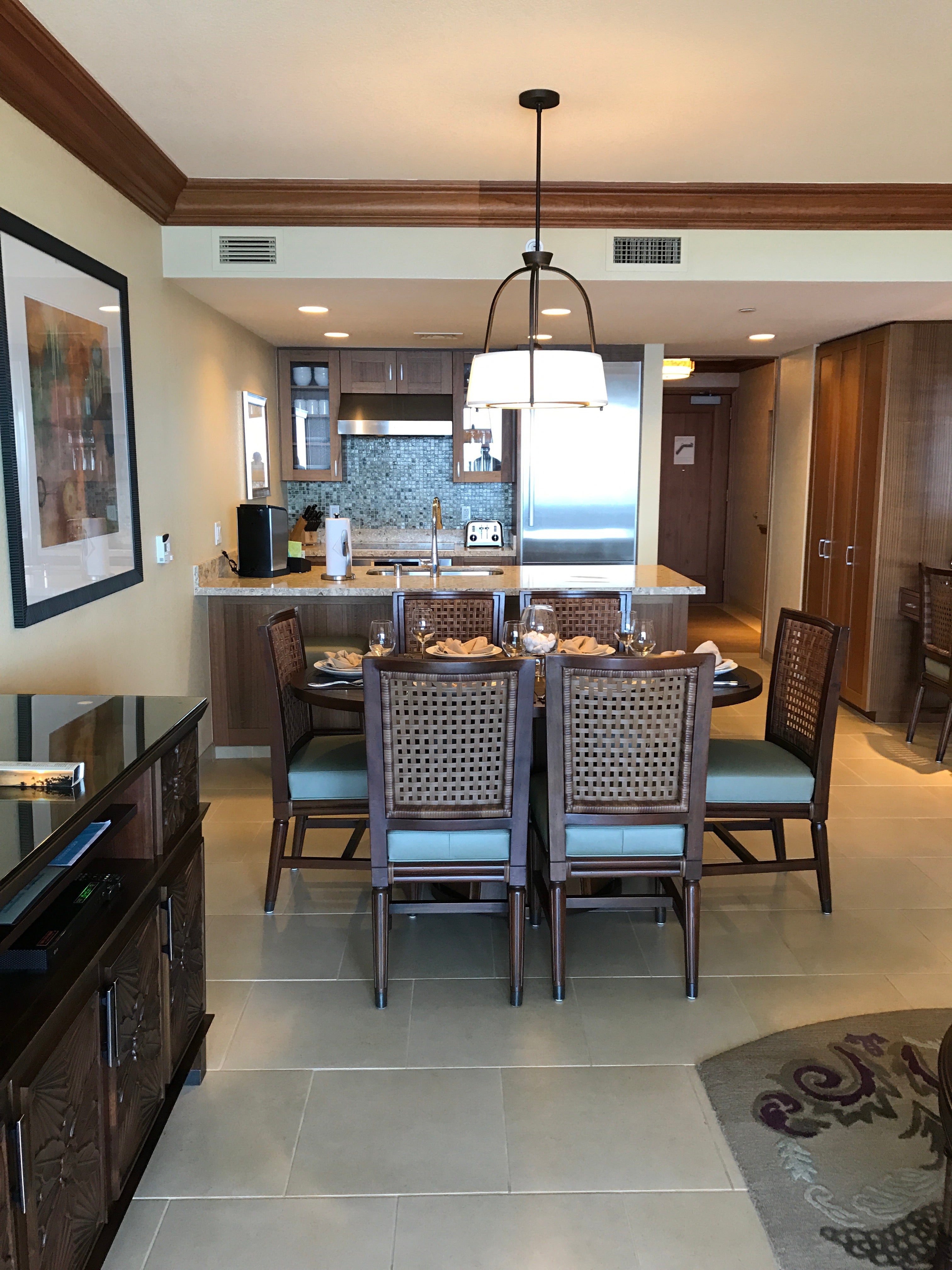 15,000 Free Hyatt Points for Taking a Hyatt Residence Club Maui Tour
This post contains references to products from one or more of our advertisers. We may receive compensation when you click on links to those products. Terms apply to the offers listed on this page. For an explanation of our Advertising Policy, visit this page.

We just spent most of our spring break on the beautiful island of Maui, which hopefully explains my spotty posting here both while we were gone, and also since we have returned home and are recovering from the time change. Back to normal next week, I promise!

While we were in Hawaii spending some of our Hyatt points at both the Hyatt Regency Maui and the Andaz Maui at Wailea (more on both soon), we also actually earned some relatively easy points. We earned points not just on the things we charged to the rooms, but we earned 15,000 bonus Hyatt points for going on a Hyatt Residence Club tour at the Hyatt Ka'anapali Beach Resort, which is located just feet from the Hyatt Regency Maui.

We didn't go to Maui on any special targeted Residence Club offer (though I totally would if I were lucky enough to be offered one), but instead we just encountered one of the dozen or so friendly folks located throughout the Hyatt Regency Maui who were offering spa credits, two luau tickets, evening cruise for two, rounds of golf, or Hyatt points in exchange for taking a 90 minute tour of the neighboring Hyatt Ka'anapali Beach Resort Residence Club property. I believe the normal offer is 10,000 Hyatt points, but they were doing a 50% bonus on all their "freebies" during our stay, so it was 15,000 points.

I actually posted a Twitter poll as to whether we should take the tour or not, as we truly couldn't decide. I've done a similar SPG tour a few years back in Colorado, and while it is worth the points in the end, it isn't always pleasant during the "sell" portion of the tour. In my experience it isn't uncommon for 90 minutes to turn into two hours or more at these sort of things. Our trips are never as long as I wish they were, so losing a couple hours comes at a real cost, even if there are free points involved.

In the end we decided to suck it up and do the tour since 15,000 Hyatt points is enough for a free night somewhere like the Andaz Peninsula Papagayo in Costa Rica. Trading 90 minutes or so of one day on vacation for another whole "free" day somewhere else seemed fair enough.

The tour is based out of a very nice office in the Hyatt Regency Maui where there are some small pastries, bottled water, coffee, and sodas available while you wait. There were 5-10 other families starting their tours at the same time that we were. The office was brisk, but not overcrowded or uncomfortable.

The first 15 minutes are spent chatting in the office with your sales rep as they get to know your vacation preferences and patterns. They also present some very basic information about the residence club and how the whole thing works. Ours asked that we promise to keep an open mind, so we did.

Next, you head to the hallway outside of the office to see the model of the property and chat about some of the other Hyatt Residence Club properties as pictured in the hallway. As a residence club owner you have a set number of points each year and you can use them to stay at your home property on the week that you own, but you can also trade them in for time at another Residence Club property, or another week at your home property, so you aren't just locked into when and where you own. You can also trade your annual Residence Club points in for old fashioned Hyatt points as we know them, though that ratio didn't sound great.

Since we are a family of four and the majority of the units in the Hyatt Ka'anapali Beach Resort Residence Club are two-bedroom units, that is where we started our tour of the property. There were a few other families on the tour that came and went as we were in the model unit. I would guess the average stay in the unit is 5-10 minutes.

Having two nice beds in two separate bedrooms + a pull-out sofa and two full bathrooms looked so enticing. The fully stocked kitchen would also start looking appealing after spending $60 - $100 on one too many meals out.

There is a time in life to go-go-go and not spend any time in your hotel room, and then there is the time in life we are in when you really are resting with little kids in the hotel room for a good portion of the day. Being able to do that with ample space and in comfort while overlooking the ocean sounded pretty darn amazing.

We learned that a full cleaning is included mid-week during your stay, but that otherwise daily housekeeping is only available if you pay an additional charge. They can arrange for a chef from Japengo or similar to come in and make you dinner at night in your suite. They can also have the kitchen stocked with the items of your choice from the grocery store when you arrive so you can get right down to relaxing instead of grocery shopping.

After our time in the two-bedroom suite we headed up to a three-bedroom suite for a few minutes just to take a peek. It is absolutely huge, and could easily manage a couple of families with each couple taking a bedroom and with the kids piling into the bedroom with two queen beds + the living room.

We had already swam in the pool by this point in our stay, so we did an obligatory walk-through of that area, but didn't stay there too long. As we already knew and appreciated, it was pointed out that the pools at the Residence Club are heated and that you can also make use of the pools, water slides, and amenities at the Hyatt Regency Maui while staying at the Residence Club.

Not surprisingly, all of this convenience, comfort, and luxury does not come cheap. We were told to select a unit type and week of the year that would work and then a price range was given with the understanding the exact price depending on what units were still available for those week(s).

For the sake of making a choice, we selected a two-bedroom unit in the middle floors of the hotel on Week 23, which is the last week of "spring" pricing, and falls the second full week of June. The sheet estimated it would be $66,900 for a two-bedroom that week, however when the inventory specialist came in we were told there was only one middle floor unit left for that week, and it happened to be priced at a bit over $70,000. There weren't any lower floor units for that week still available. We were told that to lock in our week we would need to put 10% down, pay a few hundred in closing costs, and that we would be given 150,000 Hyatt points as a "thank you" for our purchase that day only.

You have a few months with no interest where you can pay off the full price or refinance, and then the interest rate was something like 13.9% with a 15 year term. Ouch. The annual maintenance fees for a two bedroom were $2,300 annually. The 150,000 bonus points were awarded after 8 payments, or if you paid off the full amount before then.

When we decided to pass on the offer, we were asked some reasons why we weren't interested, and then presented with an offer for a one-bedroom unit every other year for around $40,000 with 125,000 Hyatt points as a bonus. It has a lower annual maintenance fee that is only due the years you have a week to use. We also passed on that offer, and were then thanked for our time and taken to the front desk to finalize the details for getting the agreed upon 15,000 Hyatt points for taking the tour.

While of course our nice agent seemed to be a bit disappointed when we didn't make a purchase, there wasn't a hard sell or a massive number of times you had to say no. There was one second offer presented for a different unit when we declined the initial offer and then that was it. There was no dropping of the price each time you said no, or multiple different people you were then referred to where you have to keep saying no. Two no's to two different sized units and we were done.

The entire process was very close to the promised 90 minutes, and I'll admit it did make me wish I could stay in a beautiful two-bedroom unit at a Hyatt property for a week every year....just not for that price.

While I am far from a fractional ownership specialist, if you are genuinely interested in the Hyatt Residence Club ownership program, I recommend you look at the resell market as I see one-bedroom units at this property listed from $16,000 every other year, and two bedroom annual units from around $30,000 - $40,000. Those are list prices, so perhaps they can be had for less than that, but either way those prices are less than what we were quoted directly from the Hyatt Residence Club.

It's also worth a mention that you can use 30,000 Hyatt points or a Category 1-7 free night to stay in a one-bedroom unit at this property on some dates, though award availability is far from guaranteed. Of course you can also spend cold hard cash, though paid rates are often close to $800 - $1,000 night for a one-bedroom if you rent directly from Hyatt.

If you are a Hyatt Residence Club owner or have taken a similar tour for points I'd love to hear your thoughts and experiences!