Las Vegas, the City Where Things Used to be Free

Articles
Summer Hull , aka Mommy Points, ran the Mommy Points site for families who want to travel more for less using miles and points for seven years. She now heads up a variety of special projects at TPG when she isn't exploring the world with her own two girls.
Follow
Jan. 27, 2017
•
5 min read 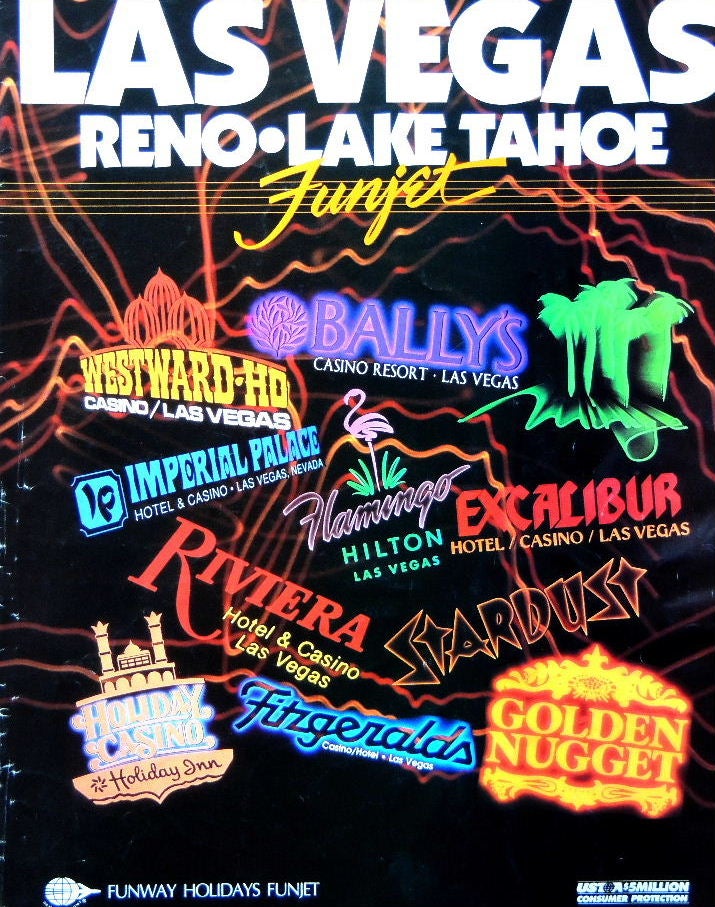 Las Vegas, the City Where Things Used to be Free
This post contains references to products from one or more of our advertisers. We may receive compensation when you click on links to those products. Terms apply to the offers listed on this page. For an explanation of our Advertising Policy, visit this page.

A couple of years ago when I wrote a break-up note of sorts to Las Vegas I blamed myself for changing and growing apart from the city I once really, really liked, if not loved. I liked it so much I got married there. But let's be real, this city has changed, too.

In Las Vegas where once virtually everything was a loss leader just to get you to the slots and tables, now virtually everything from parking, to resort fees, to even drinks at an increasing number of spots costs extra! You can't totally blame Vegas for this as the spending patterns of tourists has shifted a bit away from gambling and towards others types of entertainment and activities, but that doesn't make the nickel and dime feeling any more exciting.

As an example, yesterday I was helping my parents book a night in Las Vegas on The Strip for an upcoming budget trip they have to Nevada, Utah, and Arizona. It just so happens that their one night in Las Vegas fell on a weekend night, which is traditionally one of the priciest nights to stay in Las Vegas. While they have done a great job as always at keeping costs low on the trip, things still add up, and by the time the final night of their trip rolls around, not having to shell out more cash for a hotel will probably be a good thing.

They could have stayed downtown or off the Strip for a reasonable amount, but if you only have one night in Vegas, you might as well spend it on The Strip. When I heard they were finding pretty high rates, I first looked at using points via Hyatt Gold Passport to stay at an M Life property such as Luxor for 12,000 points + the resort fee. However, since the rates weren't too high at some spots, they settled on using some of their Ultimate Reward points at 1.5 cents each via their Sapphire Reserve Card to pay for a night at The Mirage via the Chase Travel site. They love location as much as anything, and The Mirage has a premier location on The Strip.

The first price for The Mirage looked fair enough at around 8,500 points per for the night...but then when you go to book it jumps up a bit when taxes are added. Then we got to talking about how that's really just the entry fee as there will still be the resort fee you pay to the hotel directly during your stay, oh, and don't forget the self parking charges that are now in play for the M Life properties for those who don't have M Life status. Let's not even start with the fact that Mirage is one of the properties that has tightened up on free drinks at some machines such as the video poker machines at the bar.

Don't feel left out Caesars folks, your hotels now have valet parking charges as outlined below, and self parking charges are reportedly on the way in "early 2017", though parking remains complimentary for Total Rewards members at the Platinum, Diamond and Seven Stars levels.

Vegas is ever-changing, so this new fee-for-all version of Vegas that is coming into play shouldn't be too surprising. I'm sure it won't be surprising to my parents as they have even written about how Las Vegas has changed in their decades of visits here and here.

However, if you were planning to use your 2,500 Spirit miles to fly into Las Vegas hoping to land in a city where lots of things are free or darn close to it, I advise you to recalibrate your expectations. That land is as gone as the theme park that once graced the backlot of the MGM.

Whether you are paying with points or cash, the first price you see for your hotel in Vegas is likely just the entry fee, and "fun" additions like taxes, resort fees, and parking fees can just about double your nightly rate at some properties. Not much is free in Las Vegas anymore, but hopefully their upcoming trip is a winner all the same. How has the rise of the fees for everything in Vegas impacted your trips to that bright city?