Articles
Emily McNutt is The Points Guy's Global News Editor and is based in London.
Follow
Jan. 18, 2017
•
5 min read 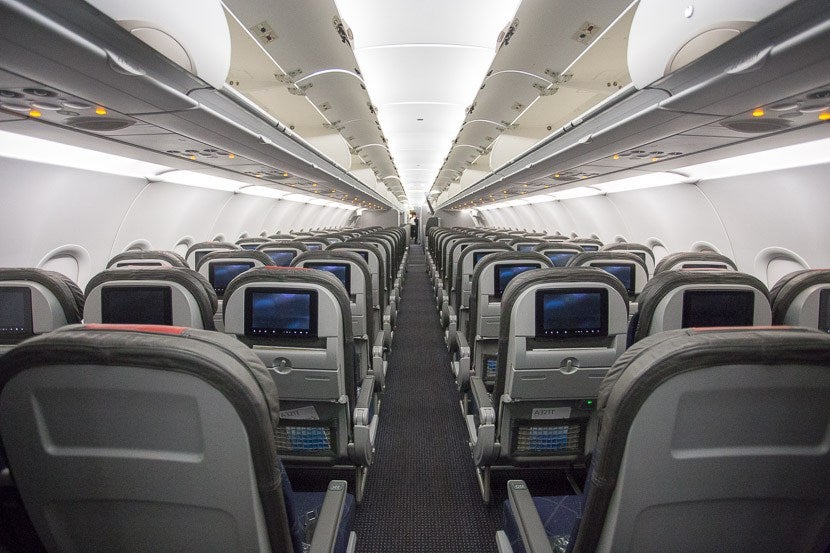 American Airlines Details Its New Basic Economy Fare
This post contains references to products from one or more of our advertisers. We may receive compensation when you click on links to those products. Terms apply to the offers listed on this page. For an explanation of our Advertising Policy, visit this page.

This morning, American offered up the details of its own flavor of basic economy. Here's a rundown of the new offering:

As you can see, there's a lot to digest here. However, given what we know about both United and Delta's basic economy offerings, none of these perks — or lack thereof — are too shocking. What we knew is that basic economy fares are a way for legacy carriers to compete with the likes of low-cost carriers, such as Spirit, Frontier and Allegiant.

What Does This Mean for AA Travelers and How Does It Stack up to the Other Legacy Carriers?

Basic economy fares will go on sale in 10 select markets beginning next month. Once they're available to book, it'll be important to keep an eye out for which ticket you're buying. These new changes also increase the value of both elite status with American and its co-branded credit cards, such as the Citi / AAdvantage Executive World Elite Mastercard and the Citi / AAdvantage Platinum Select World Elite Mastercard. With both cards, you're entitled to both early boarding and a first checked bag for free — making you exempt from the baggage rules of the basic economy fare. The information for the Citi AAdvantage Platinum card has been collected independently by The Points Guy. The card details on this page have not been reviewed or provided by the card issuer.

Last year, we compared basic economy fares on the legacy carriers (as well as on the low-cost carriers) — you can find the full rundown here. Of the three legacy carriers, Delta's basic economy fare allows you to choose your own seat at check-in (AA and United auto-assign you a seat at check-in), and you'll get one carry-on and one personal item (AA and United only allow you a personal item).

While AA's basic economy fare seems to align more with United's in terms of the bare-bones nature of its offerings, fortunately you'll still be eligible to earn both award miles and elite-qualifying credits. Although you'll only earn 50% EQMs and EQSs, it's better than walking away without any credit, like you would when booking a basic economy ticket with United.

Stay tuned to TPG for more details about the AA basic economy fares and what it could mean for you. Overall, though, this announcement doesn't seem as bad as many were expecting. Yes, it's far from ideal — no changes, no upgrades, last-group boarding and half EQM and EQS earning — but the fact that you can earn elite-qualifying credits of some kind and some travelers will be exempt from some of the restrictions brings some relief.

What do you think about American's basic economy offering?