Things to Know About the New United Free Segments

many of us were sad at the loss of the “free one way” flight that was possible if you maximized United’s zones, stopovers, and open-jaw award booking rules. We knew that United would be introducing a new “Excursionist Perk” instead of the old stopover and open-jaw rules, but we didn’t know exactly what that would translate to in practice…in other words, we didn’t yet know how to push the boundaries and maximize our miles to the fullest extent of the rules and United computers.

Fortunately it didn’t take too long for some folks to start really testing what is possible, so I wanted to share a little bit about what is known about maximizing United’s new rules and new free segment/Excursionist Perk based both on my own searches as well as reviewing some very detailed posts from Travel is Free, One Mile at a Time, and MileValue.

While I will review a few points about the new United award rules that you need to understand, really maximizing the new United award rules, to me, requires a certain state of mind and the ability to plan a couple trips at once. This won’t be helpful for everyone, but it has many uses even if your family doesn’t frequently transit far off corners of the world. Trust me. 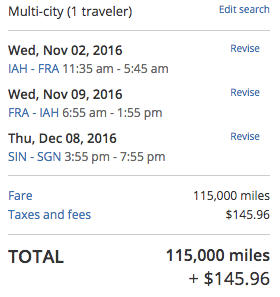 You also opt to utilize the cheapest United award flights within Hawaii via intra-island hops that cost you 6,000 miles each, but then have your free Excursionist Perk be a trans-con flight within the lower 48 from New York to San Francisco that normally costs 12,500 miles, and ultimately would have cost more than the two flights you are paying for combined. 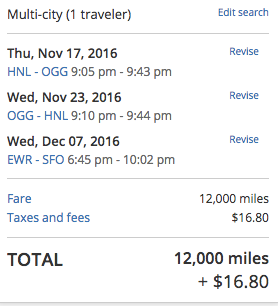 Booked individually these flights would have cost 24,500 instead of the 12,000. Via the Excursionist Perk it can cost you less to book more. Go figure.

Also of note is that your Excursionist Perk apparently can be the only part of your itinerary that is in a different zone…. 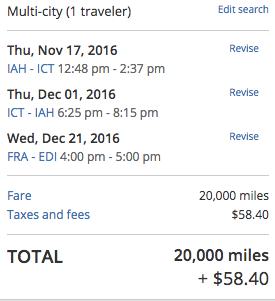 Below is another example of an award that does not end in the same zone it starts in. Normally the Sydney – Auckland award on Air New Zealand costs 17,500, but thanks to it being the Excursionist Perk in this example it also happens to come with a round trip from Houston to Kansas for just a few more miles. Normally this would all ring in at 37,500 miles, but booked together here you only pay 20,000 + taxes/fees. 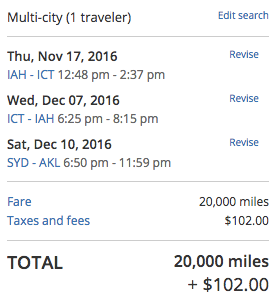 This isn’t a US specific thing either. You can do something like an intra-Europe round trip and then add on a free segment within another region afterwards. Or in the middle. Or almost anywhere but the beginning.

Honestly once you get the hang of this, it is almost like the free segment just pops up in all your searches as long as it is outside your original region, you have at least three total segments, and the free segment is wholly within a different region (doesn’t cross into another region via connections).

I could give more extreme examples of all of this, but I encourage you to just start playing with it once you sort of grasp the written and unwritten basics. Have you been able to put the new United Excursionist Perk/free segment award to use?

Summer Hull aka Mommy Points, ran the Mommy Points site for families who want to travel more for less using miles and points for seven years and now heads up TPG Family when she isn't exploring the world with her own two girls.
You might like
Alaska to start providing tourists with vaccine options at 4 airports beginning in June
News
Yesterday
How I secure empty middle seats — even if an airline isn’t blocking them
News
Yesterday
Delta’s swanky Airbus A330-900neo finds a home on a domestic transcon route for the first time
News
Yesterday
Chase Sapphire Preferred® Card