Visiting the Miami Amex Centurion Lounge When Flying From Other Terminals

Articles
Summer Hull , aka Mommy Points, ran the Mommy Points site for families who want to travel more for less using miles and points for seven years. She now heads up a variety of special projects at TPG when she isn't exploring the world with her own two girls.
Follow
Sept. 06, 2016
•
4 min read 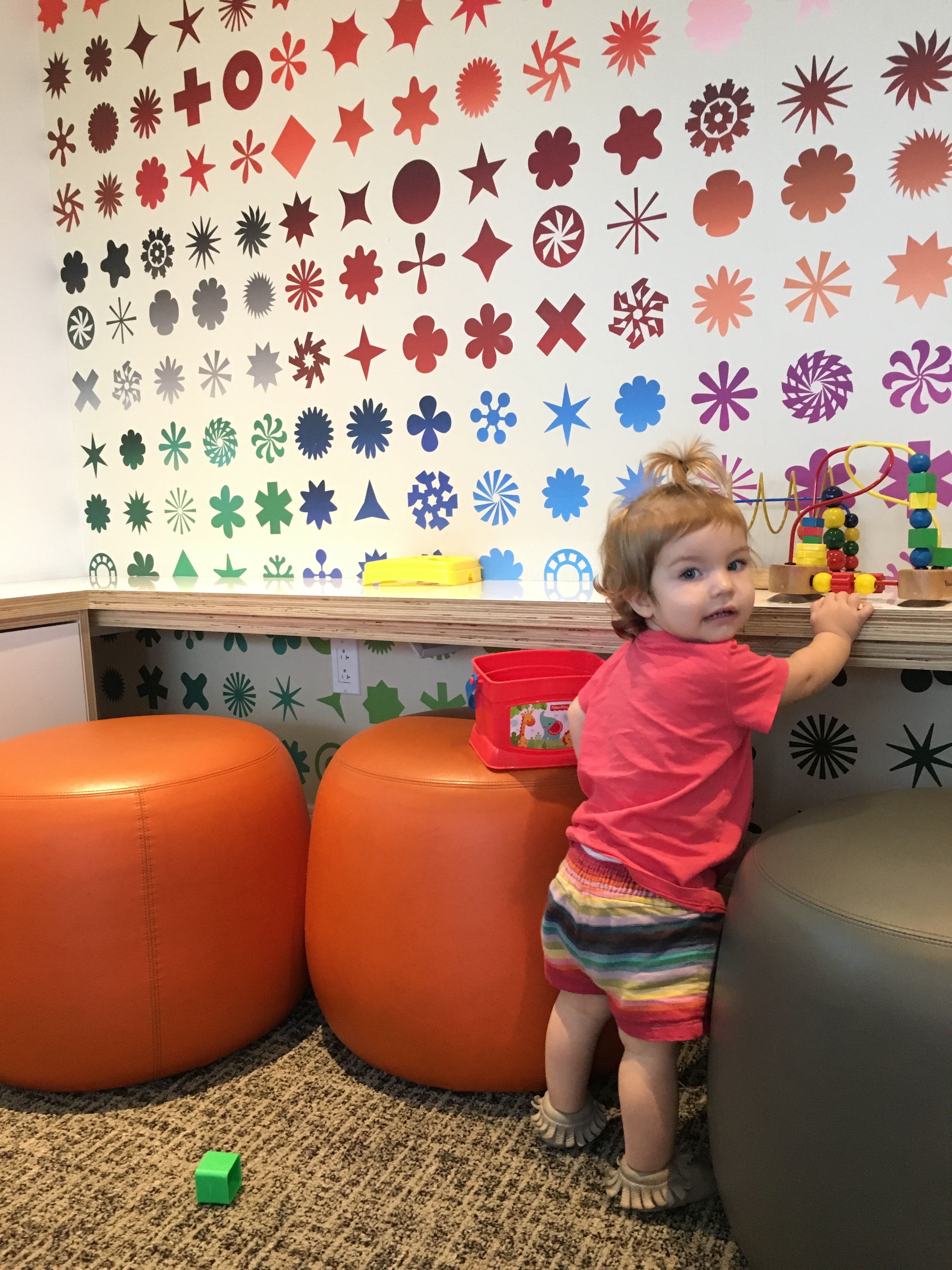 Visiting the Miami Amex Centurion Lounge When Flying From Other Terminals
This post contains references to products from one or more of our advertisers. We may receive compensation when you click on links to those products. Terms apply to the offers listed on this page. For an explanation of our Advertising Policy, visit this page.

We took a quick trip to Miami over Labor Day Weekend, and for a number of reasons ranging from because I've never been there before, to there's a family room for Baby S to play in, to amen to "free" food and drinks after some kinda pricey Miami meals, we wanted to visit the American Express Centurion Lounge at the Miami Airport before our flight home. Having a Platinum Card® from American Express gets you and up to two guests in to the Centurion Lounges when you have a same-day boarding pass. The Mercedes Benz version of the Platinum Card as well as the business version of the card also works.

I love these lounges and for me they are sometimes worth spending a little extra time in the airport. After brushing up on exactly where the lounge is located in the Miami airport, we had our driver drop us off in the D Terminal where the Centurion Lounge was located even though our United flight was eventually going to be from the G Terminal. We had plenty of time to kill, so I didn't think it would be a big deal to clear security in D, enjoy the lounge, and then eventually make the walk to G for our flight home.

The first parts of the plan went well enough other than the lounge being pretty full and the family room being pretty small. We really enjoyed the lunchtime food and drink offerings at the Miami Centurion Lounge and the runway views were particularly spectacular.

However, while I had done my homework in advance on where the lounge was located within the airport, I failed to adequately research the process of actually getting from Miami's Terminal D to G until we were already in the Centurion Lounge. I knew the airport was U shaped, and I've flown into and through Miami a number of times, but it had previously always been on American Airlines and I've consequently never left the D terminal before.

I mistakenly assumed that at the very least you could just walk from D to G, and that if we were really lucky perhaps a SkyTrain would take us most of the way there. Well, I was wrong.

After consulting the internet and asking countless employees inside the airport, I learned that there is currently no way to easily get from The Miami American Express Centurion Lounge and all of Terminal D to Terminal G. In fact, you can't get from Terminal D to any terminal, other than E, without totally exiting security. What?!

They should at least have some shuttle buses post-security or some solution other than exit security, walk quite a ways, and then re-enter security just to transfer terminals, as that strikes me as a bit insane and extremely outdated. Very thankfully, security was a breeze yesterday so it worked out okay for us, but I have been in some gnarly Miami security lines in the past that would have made this into a very unfortunate oversight.

I totally understand putting the Amex Centurion Lounge in Terminal D as that is the beautiful new terminal that serves most of the airport's passengers, but if you aren't flying out of D or E I recommend ignoring the Miami Amex Centurion Lounge completely unless you have hours and hours to kill as you will to clear security twice, once to get into Terminal D, and then again when you ultimately enter your desired terminal. I can't even 100% guarantee security will always let you do this if the airline you are flying out of isn't in Terminal D/E since they aren't connected.

If you find yourself in a similar situation in the Miami airport, at least you now know more than I did before adding the Amex Centurion Lounge to your agenda while flying out of any Terminal other than D or E!