Taking the Train from London to Edinburgh

Articles
Summer Hull , aka Mommy Points, ran the Mommy Points site for families who want to travel more for less using miles and points for seven years. She now heads up a variety of special projects at TPG when she isn't exploring the world with her own two girls.
Follow
Aug. 22, 2016
•
5 min read 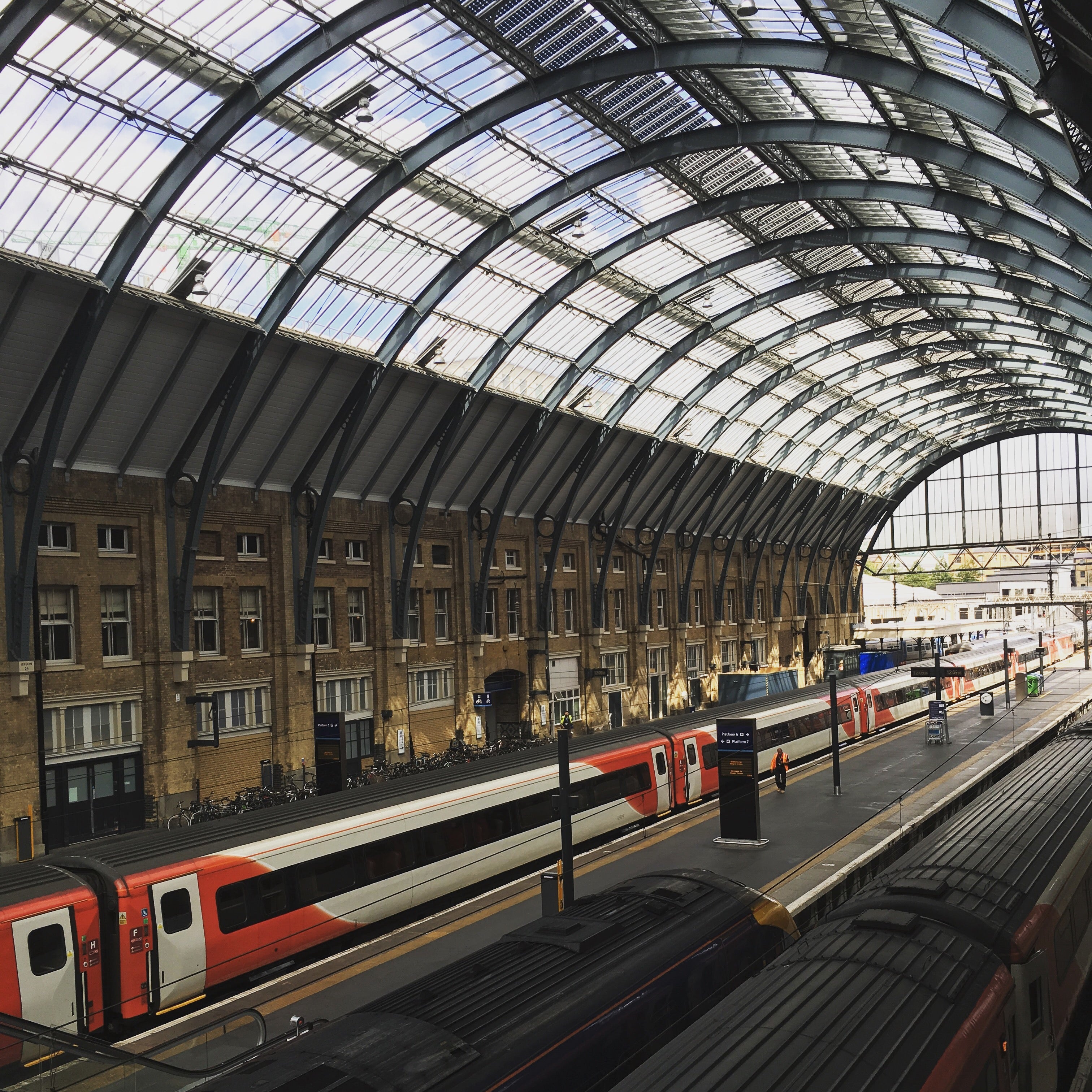 Taking the Train from London to Edinburgh
This post contains references to products from one or more of our advertisers. We may receive compensation when you click on links to those products. Terms apply to the offers listed on this page. For an explanation of our Advertising Policy, visit this page.

After flying over the ocean in British Airways business class, spending a few great days in London at the Hyatt Regency Churchill, playing in Hyde Park, taking the tour inside Buckingham Palace, eating in the Disney Cafe at Harrods, and more, we headed to King's Cross Station to catch our train to Scotland.

It was really a toss-up from a price standpoint between flying or taking the train from London to Edinburgh, but we opted for the train to eliminate some of the stress and hassles of going through Heathrow. We have also found train rides to be a pretty fun way to travel. Seeing the countryside between London and Edinburgh was an added bonus, and it did not disappoint!

We booked on a Virgin East Coast train with the "small group discount" with Josh and me, grandma, our six year old, and the baby. Up to two kids under the age of 5 can travel for free in a family, so our one year old did not require a ticket as long as she didn't need an assigned seat. We did get an additional discount on the child's ticket for our 6 year old. I found that prices vary wildly based on which train you selected and how far in advance you booked. Our first class bookings came to £64 for each adults and £32 for our daughter. Some trains were much less than that and some were more, depending on the time or day and length of the ride.

First class gave us assigned seats together at a table (in a car with a restroom!), food/drinks for the duration of the journey, and access to the lounge before departure. I'm sure coach/standard would have been totally fine, but I'm happy with the price we paid for what we got in return to make the journey as comfortable as possible. If you want to use points, this would count as a travel charge you could easily redeem points for on a favorite card.

The Virgin First Class Lounge was thankfully easy to spot even for us King's Cross newbies with its large sign.

Inside the first class lounge there were plenty of seats as well as soft drinks, waters, and light packaged snacks. There were also clean and relatively empty restrooms!

We didn't spend a ton of time there, but I love having a place to re-gather ourselves and our things before moving on to the next part of the journey. The Virgin First Class lounge provided all of that, so we were happy to have made the visit.

About 15 minutes before departure we headed down to board the train bound for Scotland.

The cars were well marked, so we were able to easily find our seats based on the tickets we had printed at home.

It wasn't long before the train was loaded and we excitedly pulled out of the station.

Thankfully it also wasn't long before the littlest decided to take a much needed snooze. The lulling rocking motion of the train certainly didn't hurt!

In the first class cars they came around multiple times offering included soft drinks, waters, etc. and packaged sandwiches and wraps. My understanding is that the weekday offerings are more substantial than the weekend offerings that we had.

The sandwiches and snacks weren't amazing, but it was nice to have food just appear without having to plan ahead or seek it out...especially with the sleeping baby!

What was truly amazing were the views from the large windows, especially on the second half of the journey. It was as impressive as you would imagine heading through England and into Scotland with green hills, grazing sheep, towering structures, and more.

There was included WiFi with our first class tickets, as well as power plugs that helped keep everyone well entertained when they weren't staring out the windows. WiFi is also included in "standard" class if you book directly with Virgin. Otherwise, it is free for 15 minutes and then £5 for the rest of the journey. We had a slight delay when the train lost power about an hour into the journey, but very thankfully that was short lived...it freaked me out a bit.

Roughly on schedule, after about 4 1/2 hours from leaving London, we arrived safely at Edinburgh Waverley Station. We then went up the steps at the station, and stepped out into beautiful, windy Edinburgh ready to experience Scotland.

I'm very pleased that we chose the train as it was a low-stress way to travel and it gave us the opportunity to really see the terrain between London and Edinburgh. There was no security screenings, and our stroller, bags, and more were right with us in the car making it a simple on and off experience. If you have traveled between London and Edinburgh, did you opt for the train or the air? What made you pick one over the other?