The Car Seat Dilemma in the UK

Oh car seat. How I love you for keeping my children safe and comfortable, but how I hate you for how complicated you can make family travel with little ones. We had escaped the carseat dilemma for a while as our six year old grew out of a traditional car seat and our baby cruised along very easily in the Doona that switches effortlessly from a car seat to a stroller and back again. 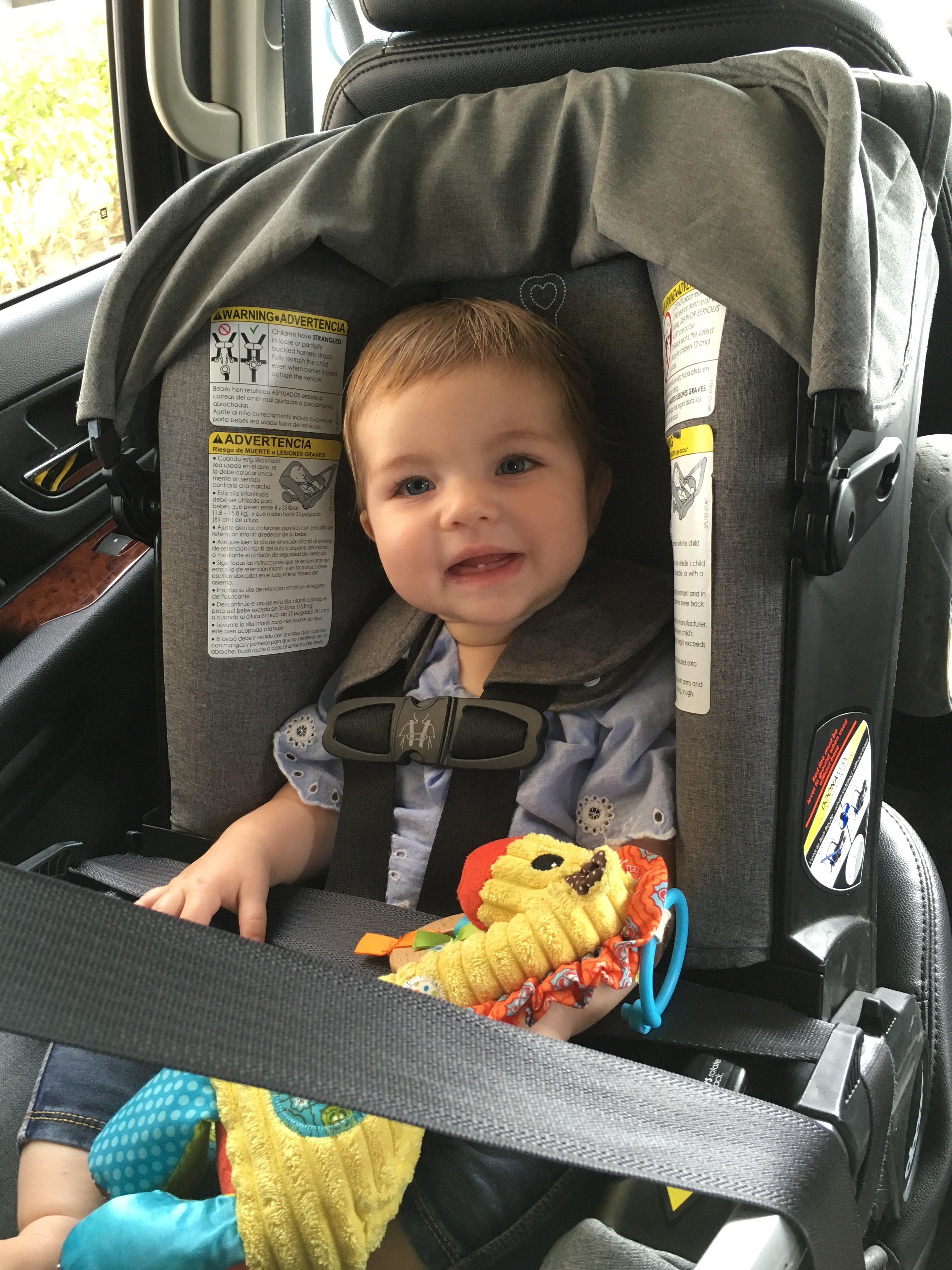 But, our baby is now a one year old (almost) toddler, and the Doona is officially maxed out. She still fits in it technically, but not only is she pushing the upper limit for the size limits, but it increasingly is not ideal for a stroller because she literally dangles out of it, and it isn’t a fully upright ride. In other words, it still works for short trips around town, but it sadly isn’t really appropriate for long haul excursions anymore. Sniff, sniff. 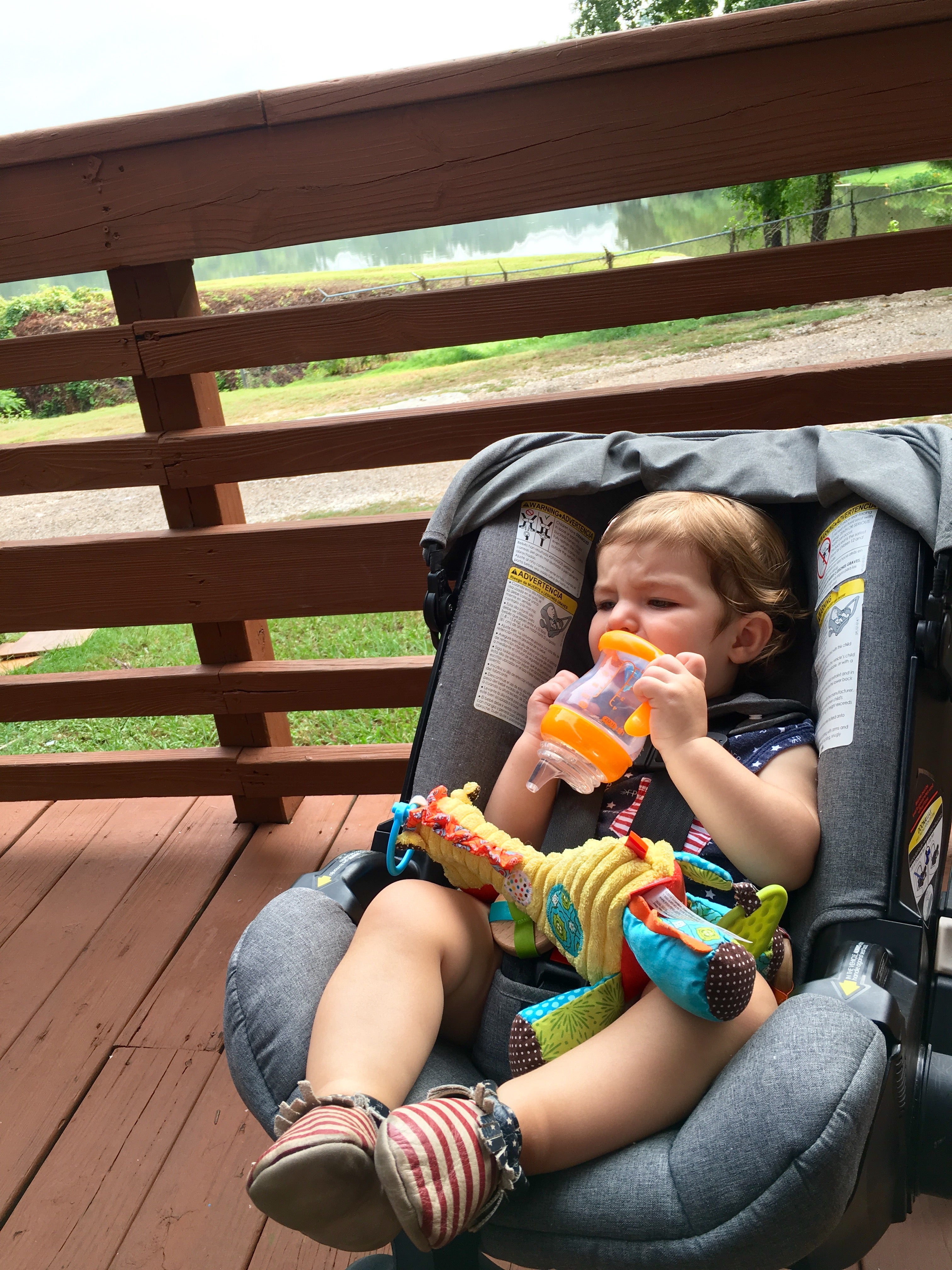 We have a big international trip to the UK on the horizon, and I have to decide what to do about the car seat, no car seat, Doona, or stroller dilemma. I don’t think it is feasible from a logistical “stuff” stand point to bring both the Doona and another stroller, although I would love to have a stroller for longer walks and sightseeing adventures and the Doona for when we are on shorter jaunts in and out of cabs.

We aren’t renting a car on this trip and only have one potentially longer cab ride back to the airport, a ride where we can request a car service with a child seat. We will be within walking distance to many activities in both London and Edinburgh where a real stroller would be handy. We will also likely use the Underground while in London at times where a car seat obviously isn’t an issue. However, I know we will have some short cab rides at times because…um, time zone changes, a one year old, a six year old, and tired adults. Need I say more.

While it is legal there to travel in a cab with an unrestrained little one, obviously that isn’t the safest method of transport. While a couple of cab companies in London used to be known for having child seats available, that doesn’t really seem to be the case anymore. There also sadly doesn’t seem to be an UberFamily option the way there is in some US cities.

So, to cut to the the chase, we either have a safer option for Baby S on our few short cab rides, or we have a better stroller option for our time on foot. On the one hand safety is paramount, and of course the Doona is the winner so she can be secured in cabs. On the other hand, we are talking probably a combined 30 minutes in cabs versus hours and hours in a stroller.

There really is no easy answer, and at T-minus just a few days until departure and counting I cannot decide what to do because both options present real downsides.

So, I turn to you…especially if you have recent experience with little ones in London and Edinburgh. How did you solve the car seat/stroller dilemma for your trip with a baby or toddler?

Summer Hull aka Mommy Points, ran the Mommy Points site for families who want to travel more for less using miles and points for seven years and now heads up TPG Family when she isn't exploring the world with her own two girls.
You might like
10 things to know about staying at Rawah Ranch, part of Small Luxury Hotels of the World
Reviews
7m ago
Deal alert: Flights from $39 one-way in Alaska Airlines’ biggest fare sale of the year
Deals
1h ago
Here’s what it’s like to fly to London as an American right now
News
Yesterday
Delta SkyMiles® Platinum American Express Card