Just for the Chill of It On Trail Ridge Road

and are ticking off “bucket list” destinations quicker than they ever thought possible thanks to miles, points, and travel deals. They have an intense love of this country, of its National Parks and treasures, and have no problem with a clean budget hotel room and an economy airline seat on a budget airline as long as it gets them where they want to be. A photographer by trade, his adventures are usually captured not just in his mind, but in his camera. He shares his thoughts and travels here from time to time, and I’m excited to share another one of their adventures.

We recently took a 50 hour quick hitting visit to Rocky Mountain National Park to experience Trail Ridge Road while snow was still abundant and the memory of winter had not completely faded away. The road is generally closed from November through late May due to the snowdrifts that cover the road with 15-20 feet of the white stuff. We were able to go about 2 weeks after the road was cleared and opened and this is a cool recap to, hopefully, take the edge off of the summer heat.

This was one of those simple little trips that was made just for the thrill of it, just for the chill of it. Cheap airfare, modest lodging, a reasonable Silvercar rental, and the freedom to move about the country made this adventure possible. It was a one pair of pants, two shirts, socks, underwear and a jacket kind of trip. Nothing unnecessary and nothing unneeded made the small backpack that we utilize for flights on Frontier and Spirit. 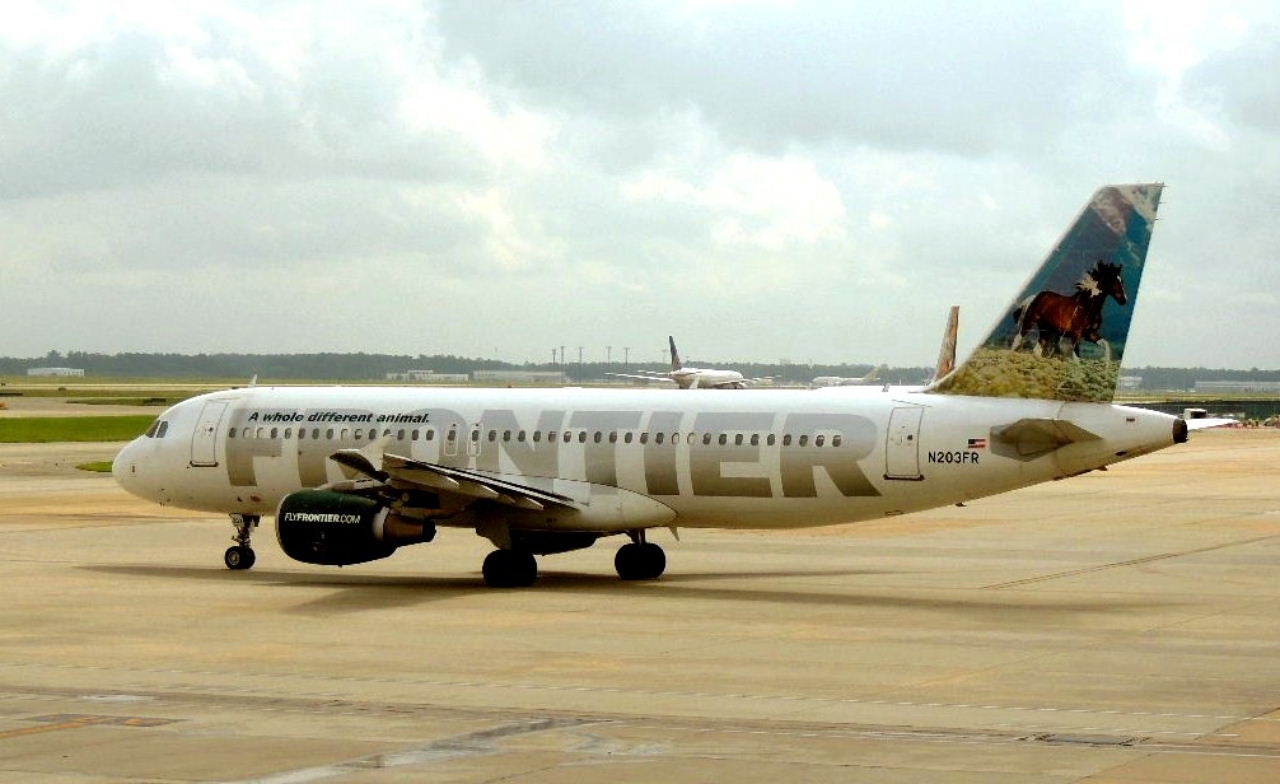 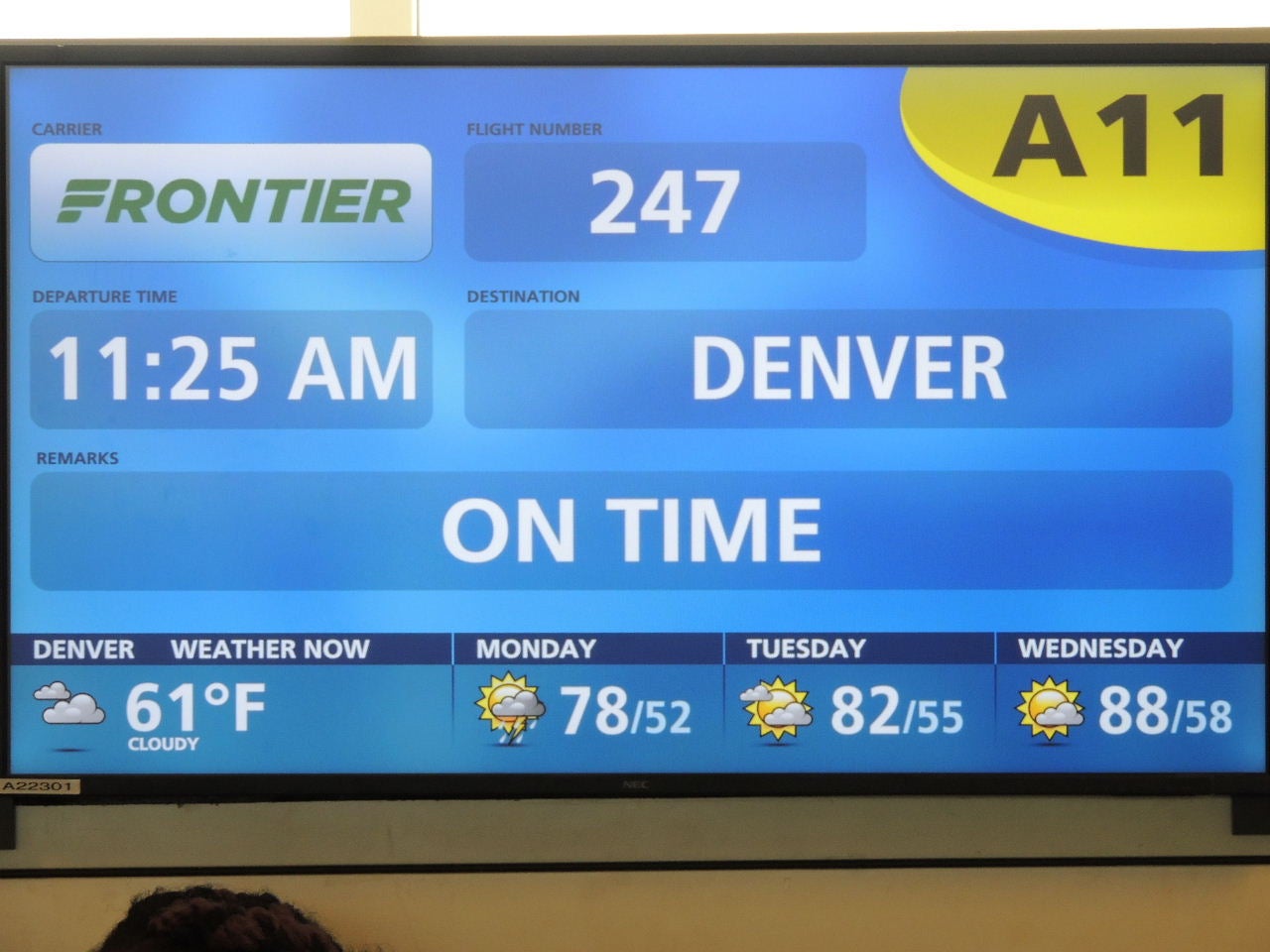 We took advantage of almost every minute we had since we allotted so few this time. We zipped from Denver up I-25 to Loveland and then through the great Big Thompson Canyon to Estes Park. Out of homage to the trips of my youth, we stopped at a Colorado Cider Company store to grab a bottle of cherry cider. Drinking a bottle of Cherry Cider was a tradition of our family’s long ago trips to Colorado, and is now a cherished and pleasant memory. We sat the bottle down in a nearby patch of clover for a photo and soon discovered it was a patch full of four leaf clovers. Surely, a good sign. 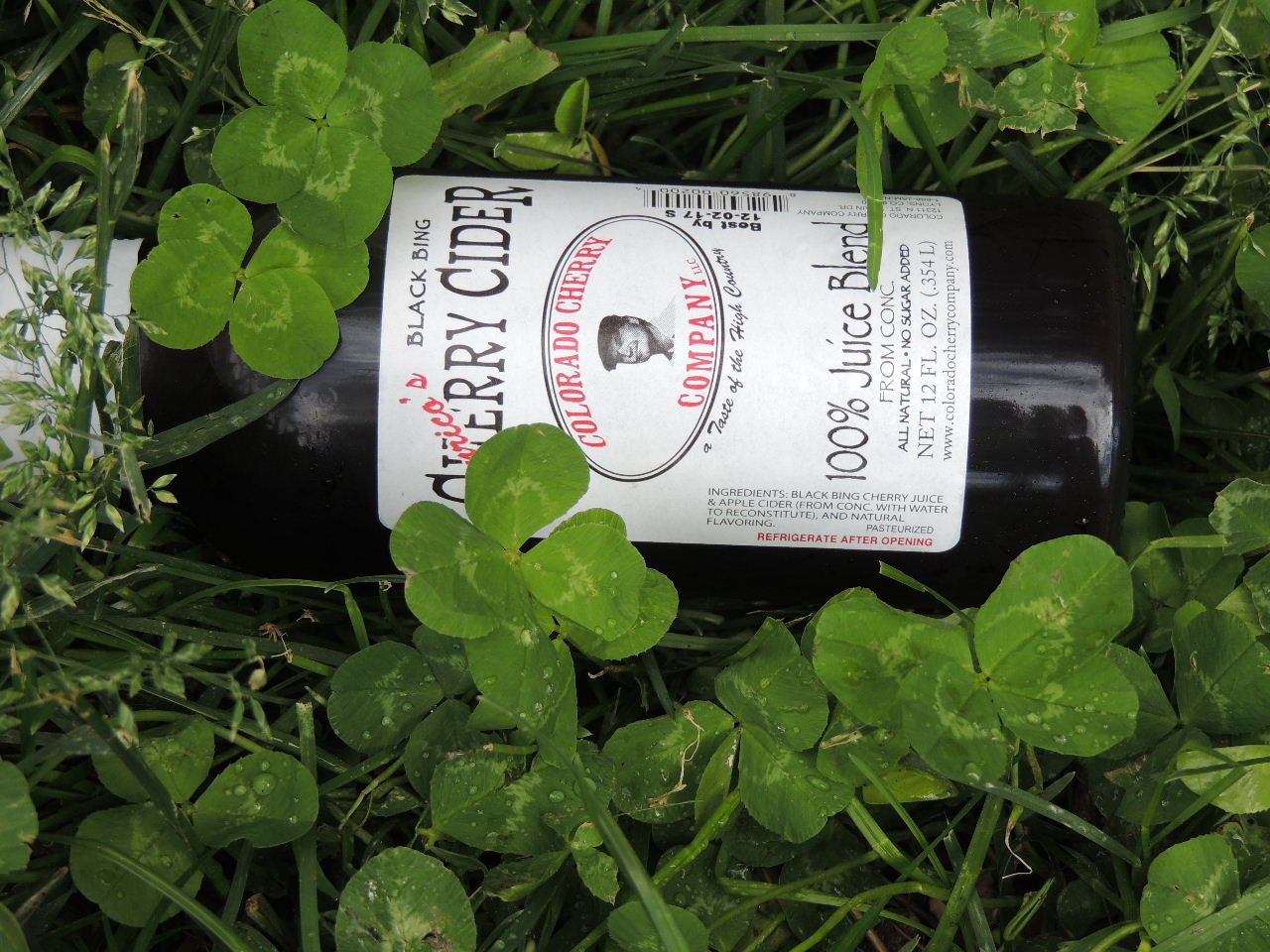 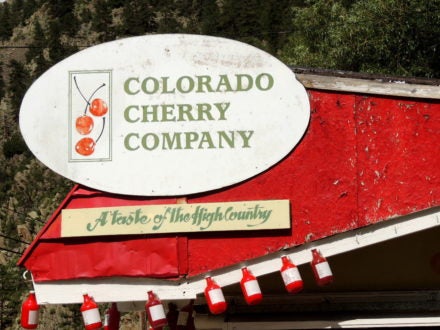 We headed straight through Estes Park to RMNP to squeeze in a late afternoon hike to Alberta Falls. 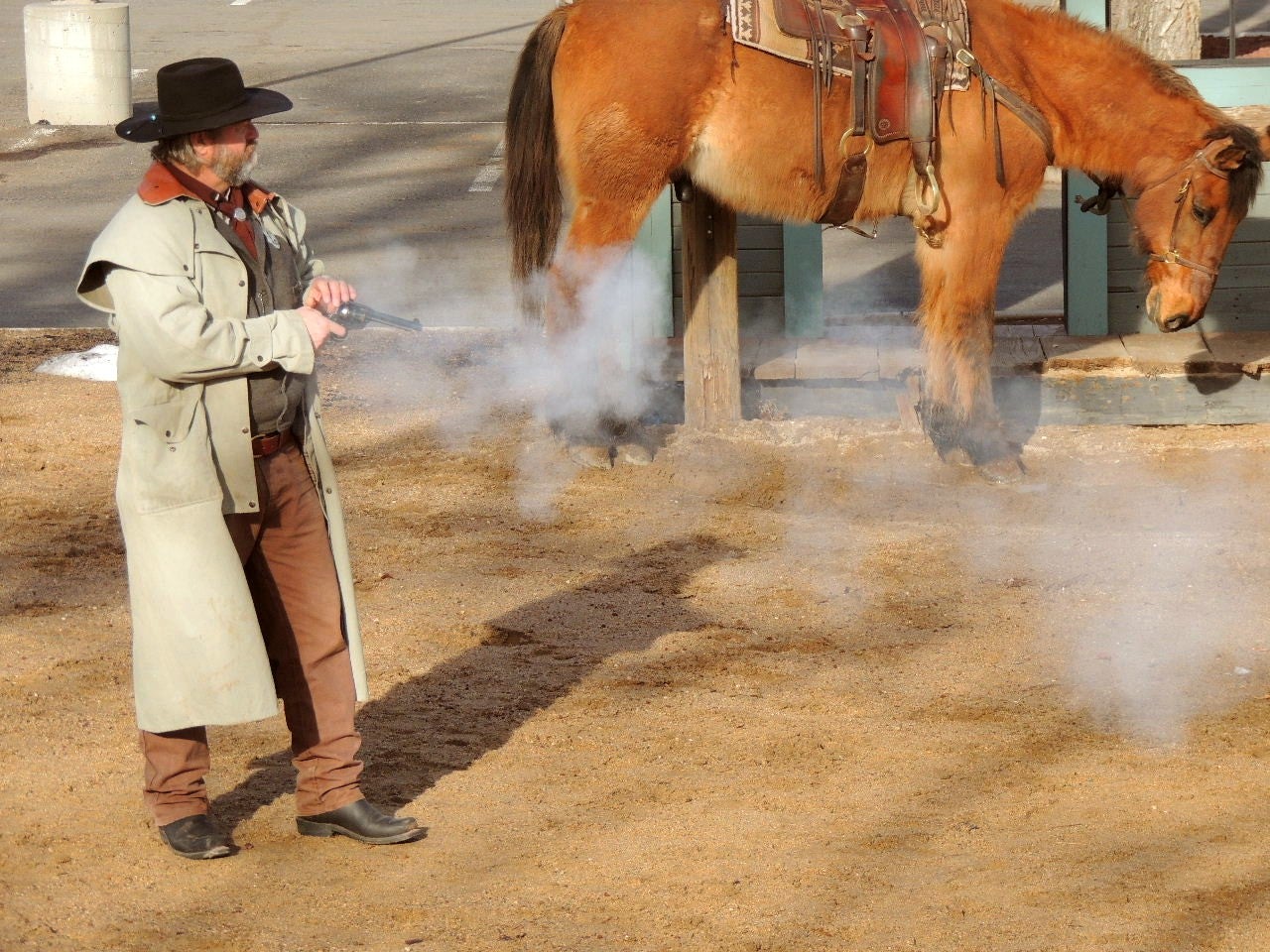 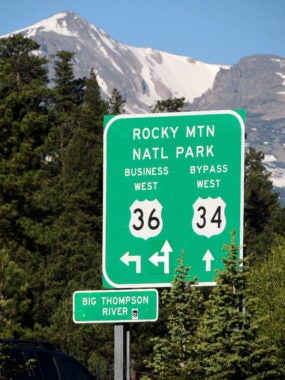 The parking lot was empty as was fitting for the time of day and we quickly hit the trail head that led up the glacial gorge to the falls. 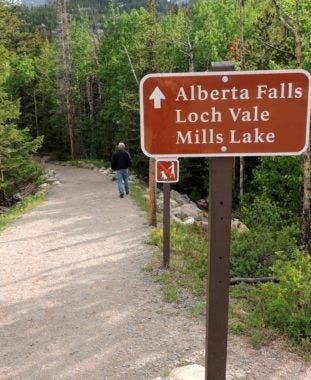 The sun was already starting to go behind the peaks and we knew darkness would catch us if we were not efficient. The quietness of the area allowed us to hear the roar of the falls far before we would access it. The spring thaw was in full throttle and the force and the volume of the water careening down the mountainside was at its annual peak. The sound of the water crashing dominated the senses like a locomotive at night. It was powerful and awesome. 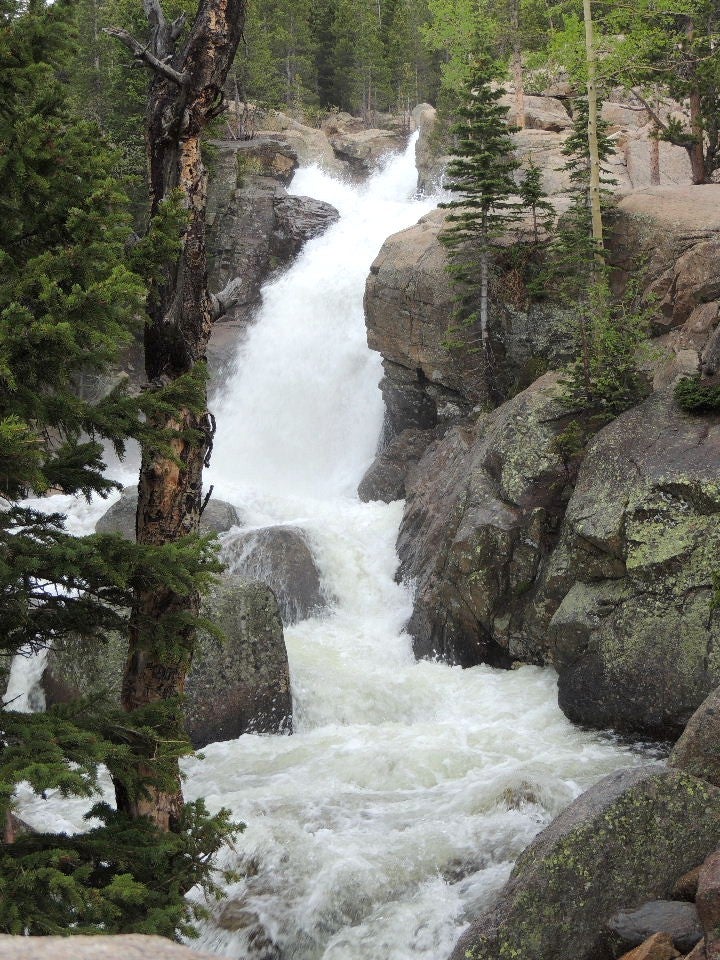 After exiting the trail and descending back down to Estes Park for the night we were blessed with a dynamic and wide rainbow. Not long and arching, but bright and short. We took this as another good sign. 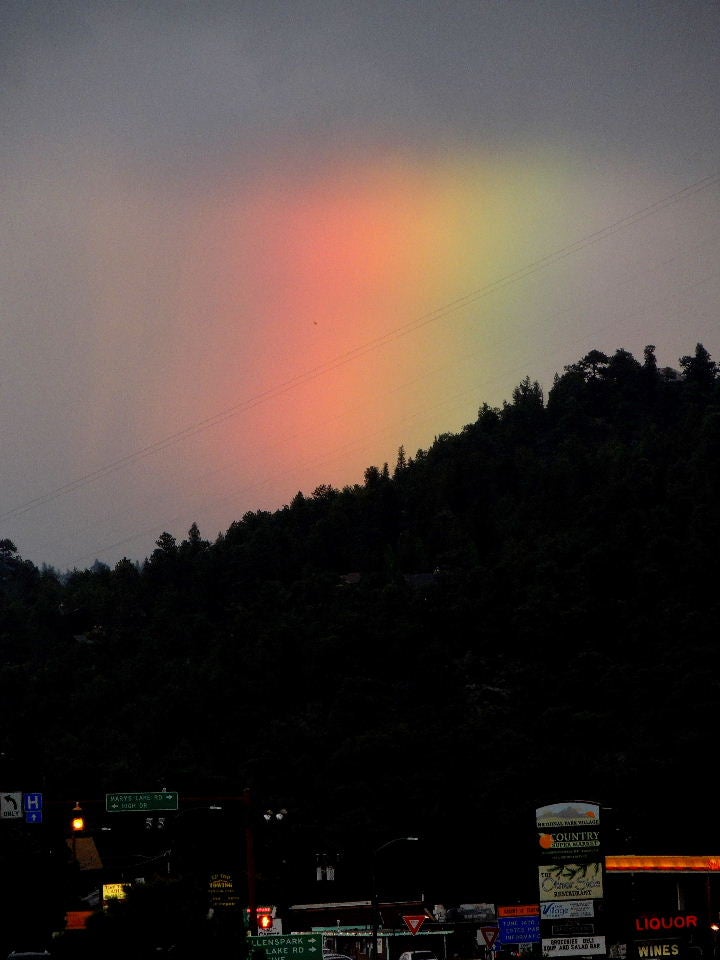 The next morning dawned sunny and cool and we intended to use all 15 hours of good light the day had to offer. But while we were out early, we were in no hurry. Our journey was short so we were able to take in, evaluate, absorb and enjoy every treat and visual delight along the way. And there were many. Our car turned into every turnout and pulled into every overlook. We were not going to miss a single sight, sensation, smell or sound as we climbed The Road In The Sky.

The road begins at about 8000 ft elevation and there is abundant vegetation and millions of healthy conifers and aspens to frame the landscape. If you are familiar with the classic TV western, Bonanza, the scenery has an almost Ponderosa Ranch feel and appearance. We fully expected to hear the famous theme song and see Pa, Hoss, Adam and Little Joe riding toward us. Photo ops pop up everywhere and with digital media there is no reason to leave a good photo behind. 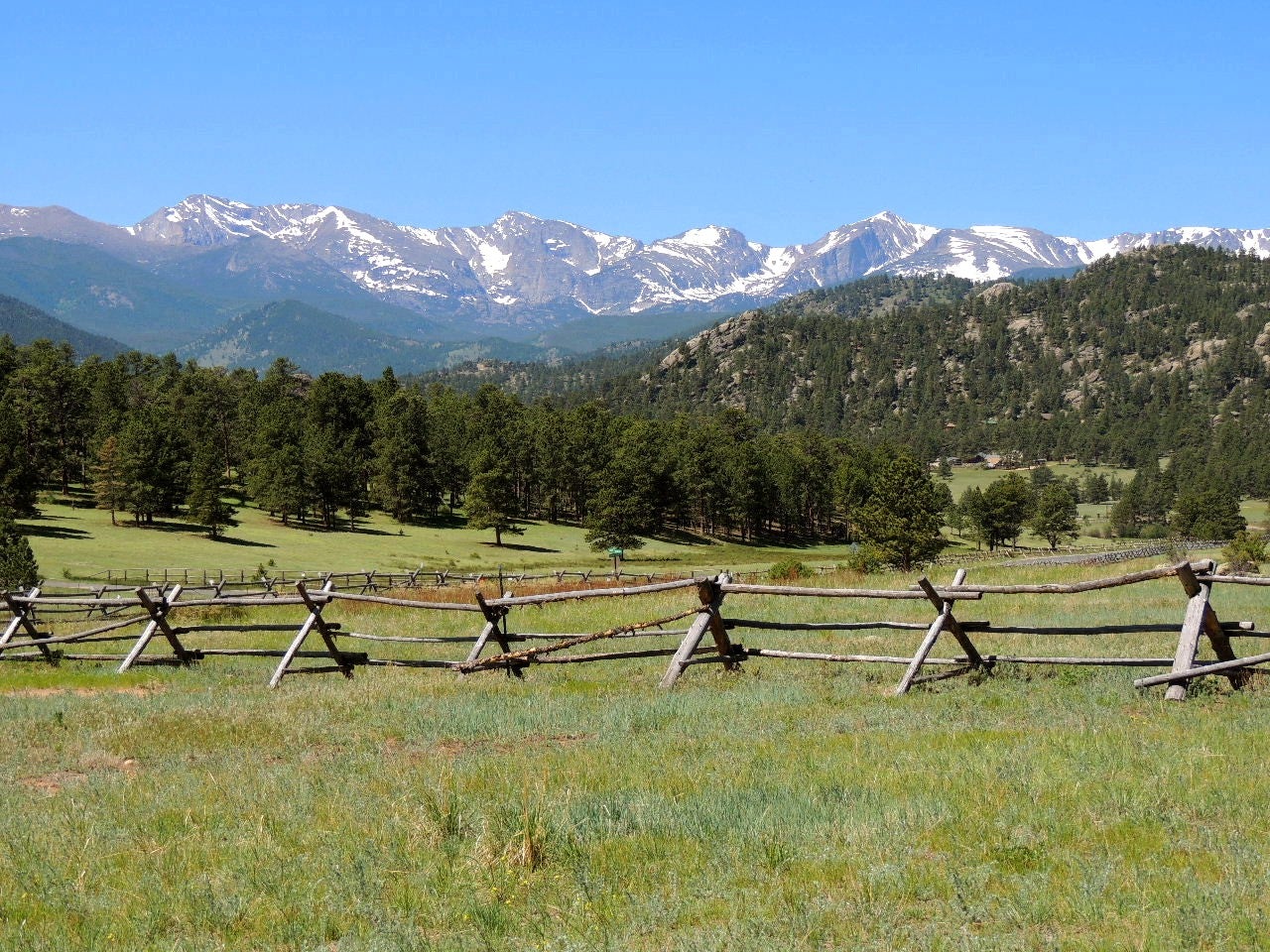 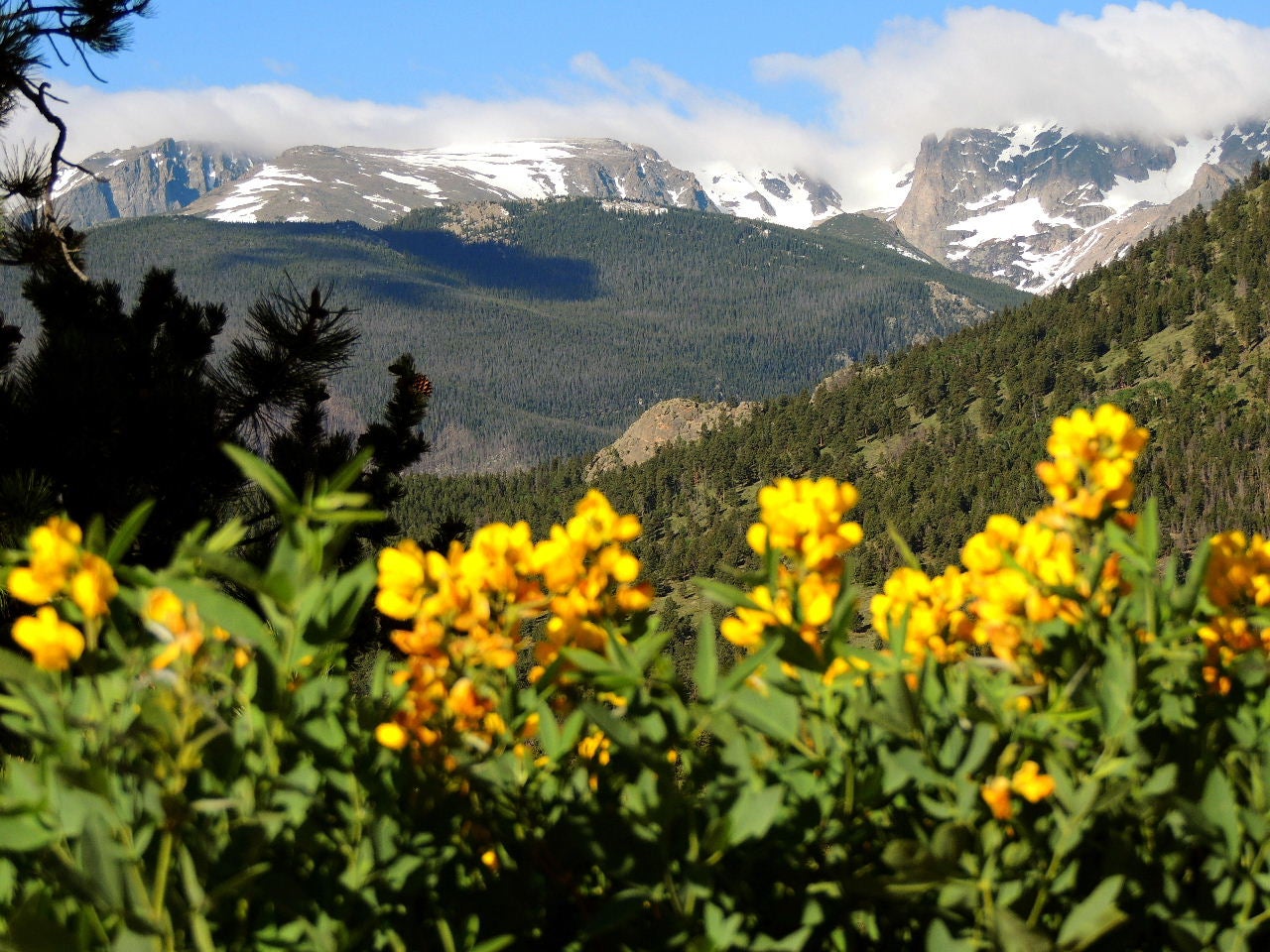 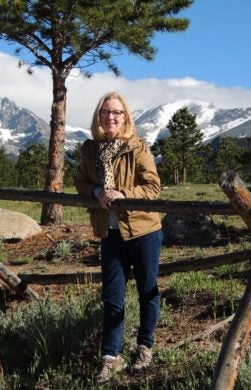 The road continued a steady but smooth ascent winding through the forests to the once distant snow that was now prominently just outside our car window. The warming temperatures had created mini streams of cold clear water from the thawing snow fields heading to unknown and unnamed downhill destinations. The water was so refreshing that it was all we could do to not grab a tin cup and sip. 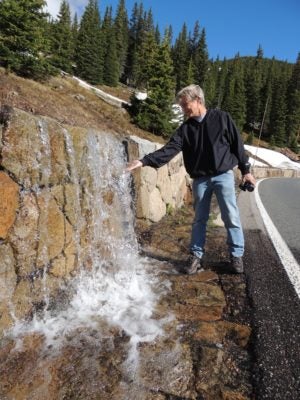 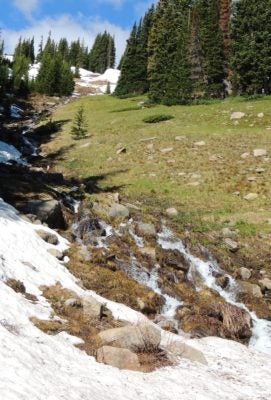 As the road continued on its upward angle, the trees gradually disappeared and the amount of snow intensified. At times it resembled a ski area but at all times it was beautiful. 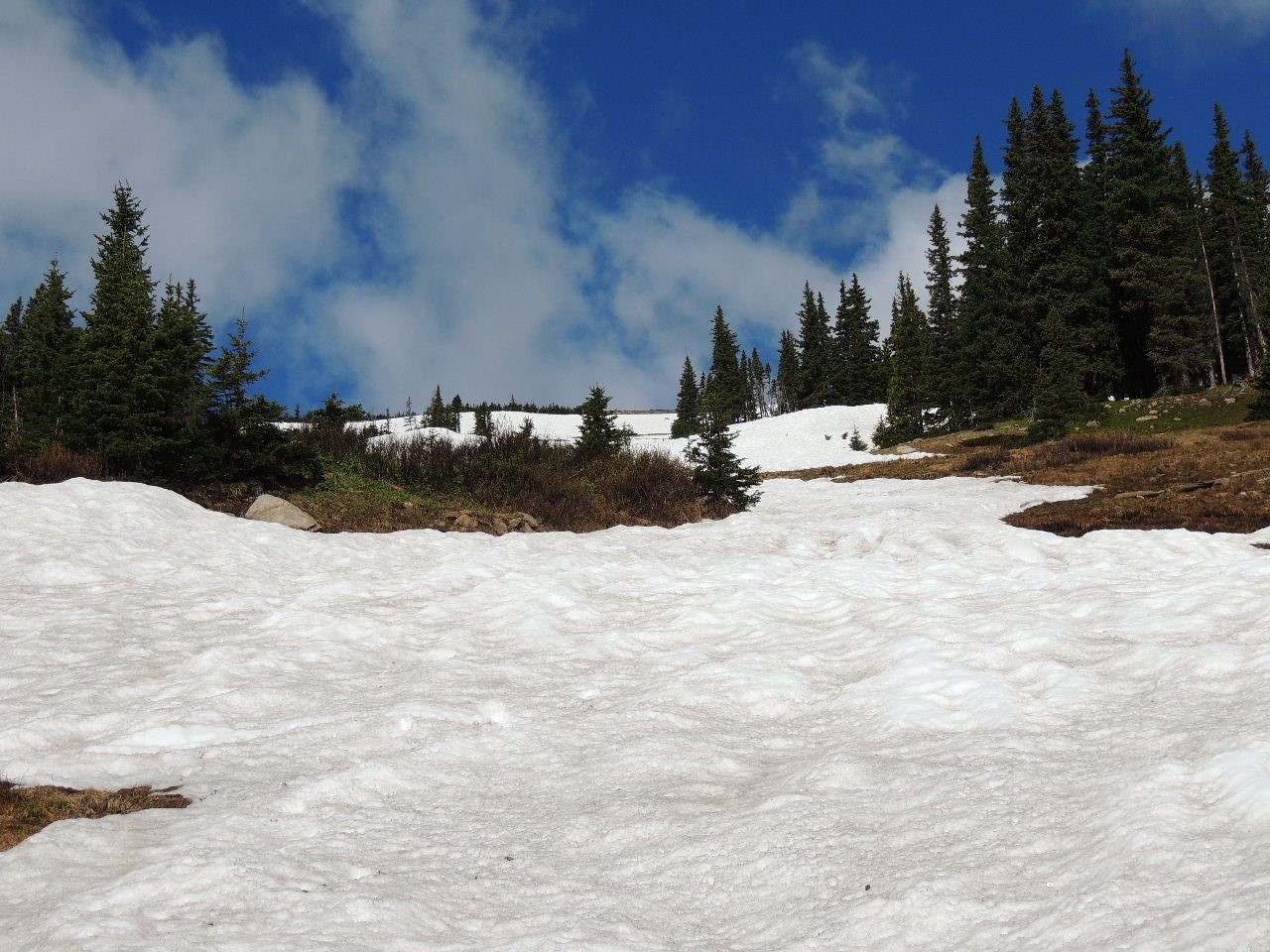 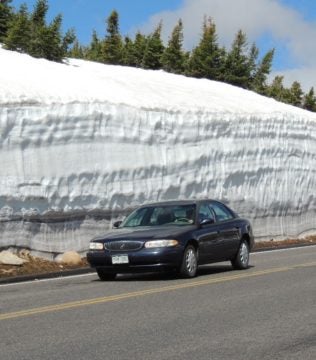 This is what we came to see. The snow banks at the sides of the road still rose 10 to 15 feet and the white snowfields provided a unique contrast to the greening high tundra. 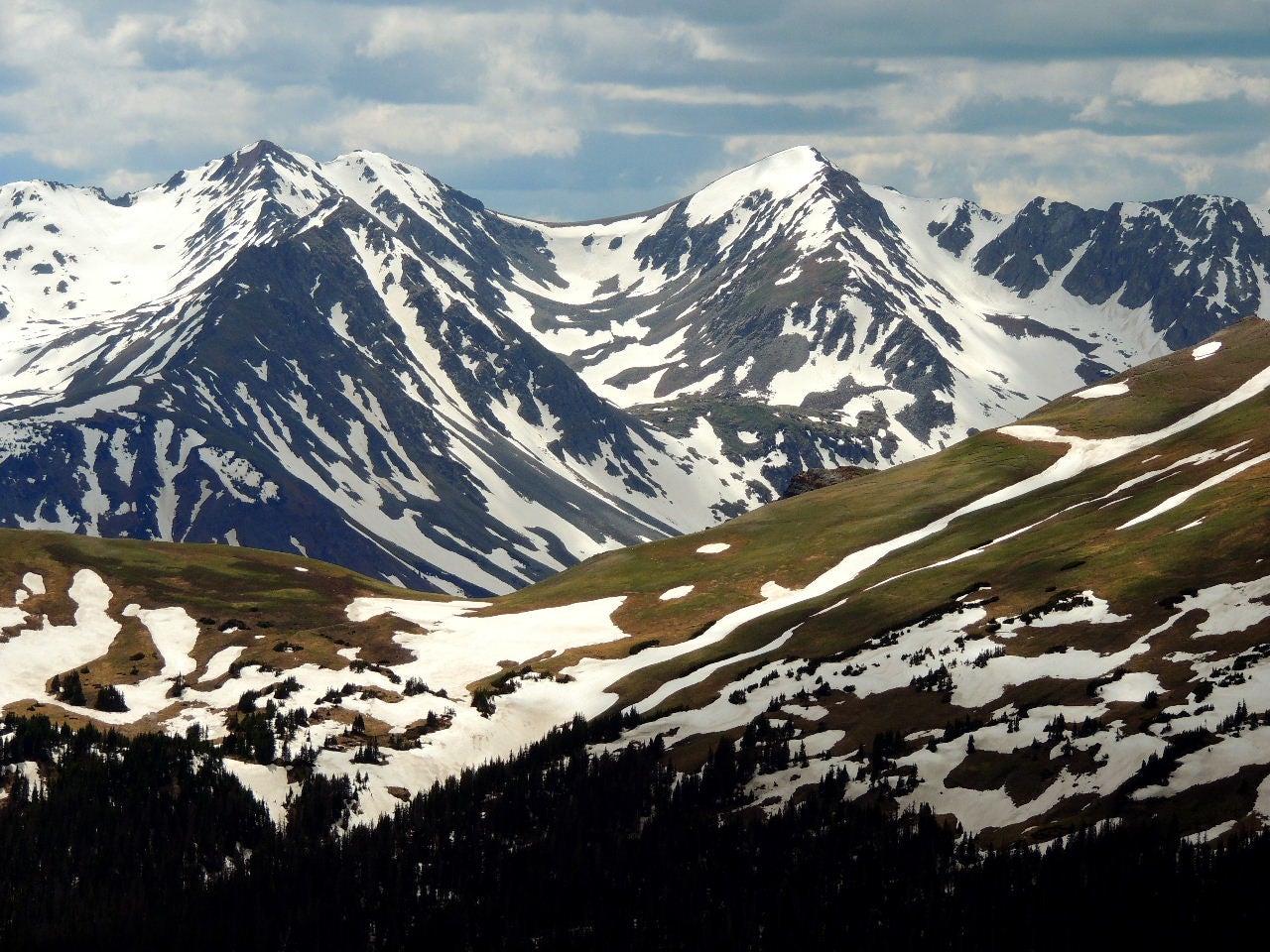 The temperature dipped to 35 degrees as we approached the summit and the occasional blustery gust made the “feel like” temp much lower. Those in the know constantly warn to be prepared for changing conditions while in the mountains. Trail Ridge Road can be the perfect test track for that advice. We experienced sun and rain, sleet and snow, warm and cold, clear and cloudy and calm and windy. At the Alpine Center gift shop, guests were lined up to buy the typical RMNP souvenirs and T-shirts but also to to buy hoodies, sweatshirts and warm up pants to add an extra layer between the elements and the skin. Needless to say, the business and the conditions were both very brisk.

Being above treeline made it easy to spot several small herds of the famous Rocky Mountain elk as they had climbed back to higher elevation for the summer. 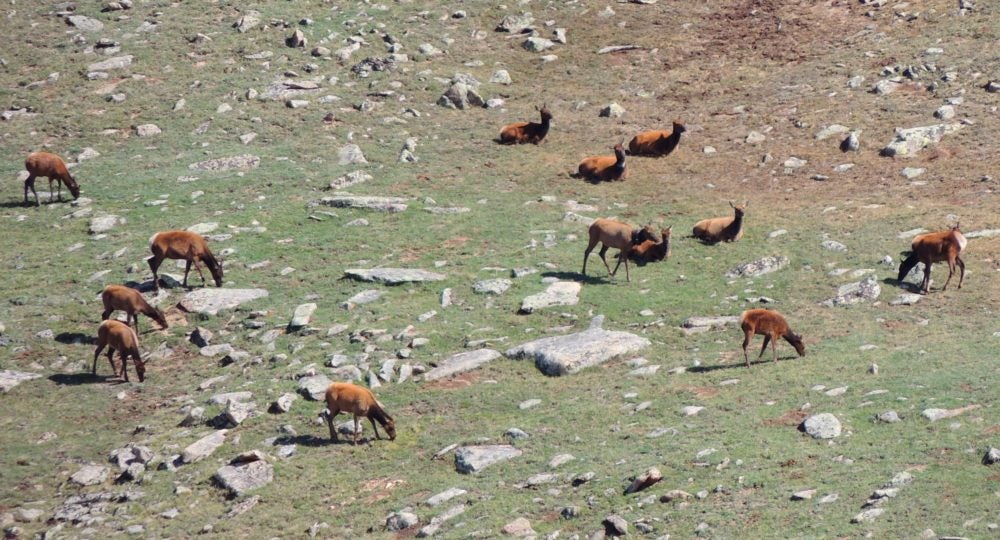 We were also glad to see the annual fall rut and mating season had borne fruit as healthy calves were abundant and very busy learning to be, well….elk. 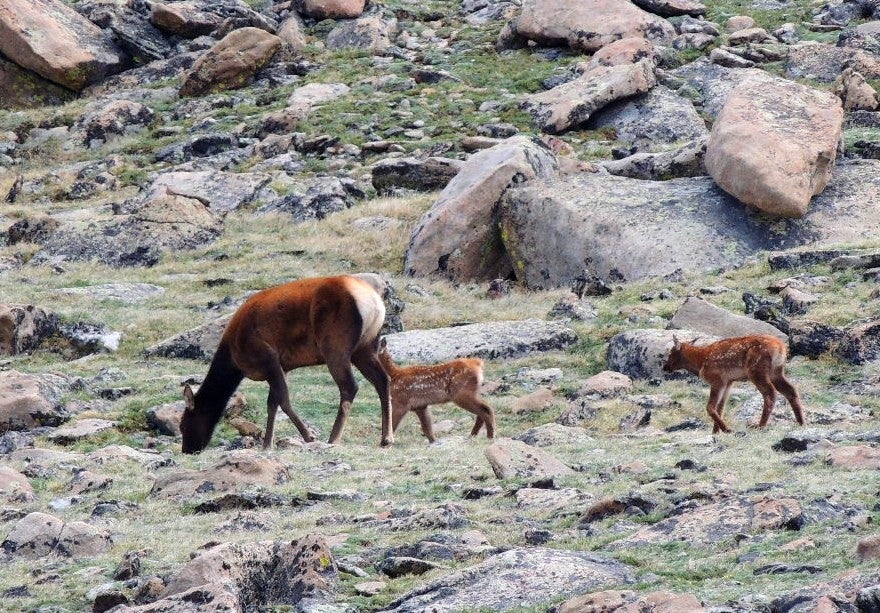 If I were an animal, I would somehow find my way to this Park. I would set my GPS, hitch a ride, borrow a car, follow my nose or ask Siri, but I would get here. RMNP seems to be the place to be for our beautiful four legged friends. Kind of like The Garden of Eden, without the snakes. The animals are welcomed, protected, revered and appreciated. Maybe they should put out a tip jar. 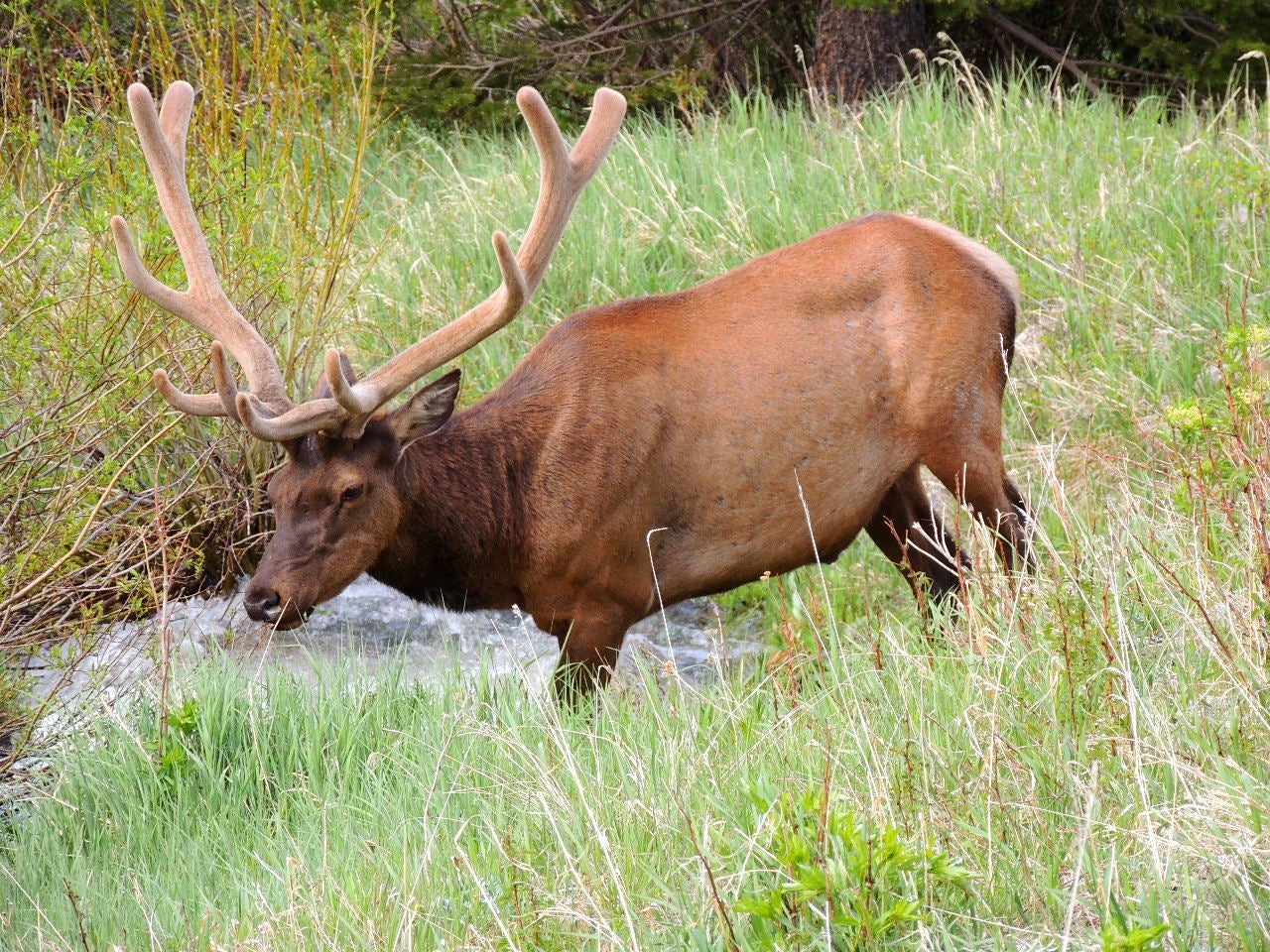 The Park is a great place for us humans,too. There is a lot to do and a lot to see. You never know what attraction might be around the next corner. Around one such corner, we were graced with another good sign, an impressive lenticular cloud formation. RMNP is like a box of chocolates, you never know what goodie you’re gonna get. 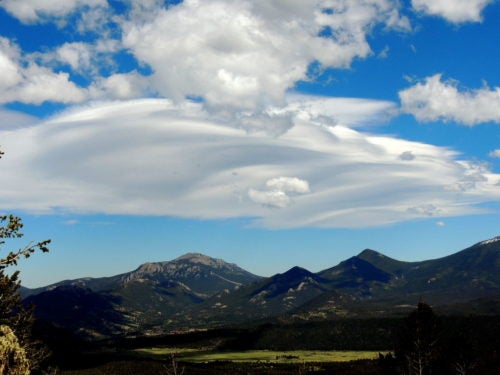 As our day and our trip neared its end, we headed up to Bear Lake and Sprague Lake to put an exclamation point on a busy and fantastic day. The setting was peaceful, calming and beautiful as evenings tend to be. I dare say it was picturesque. 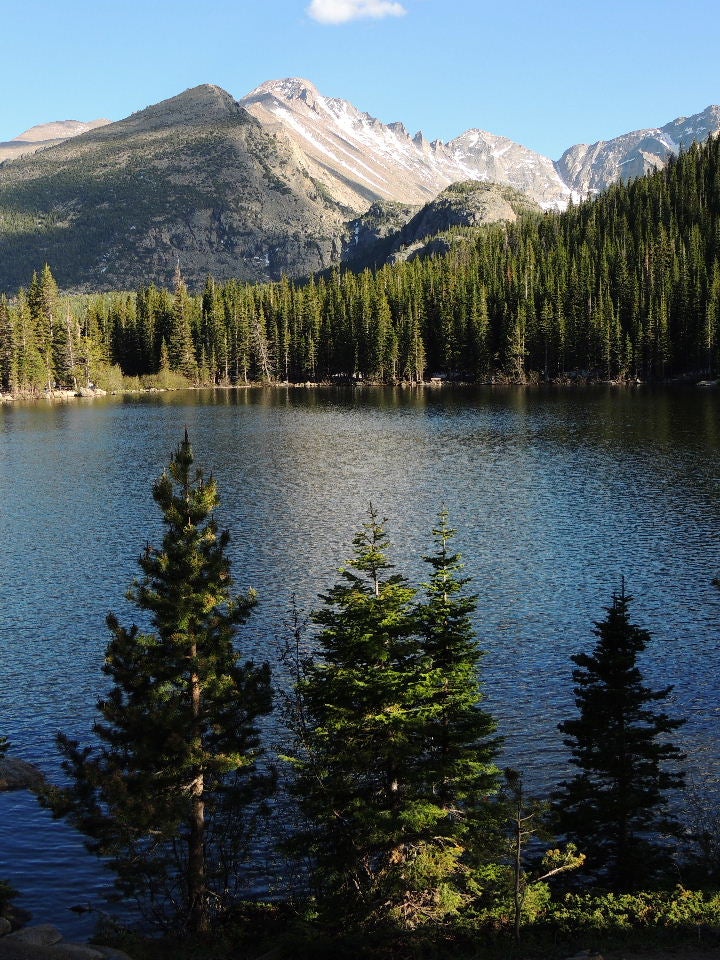 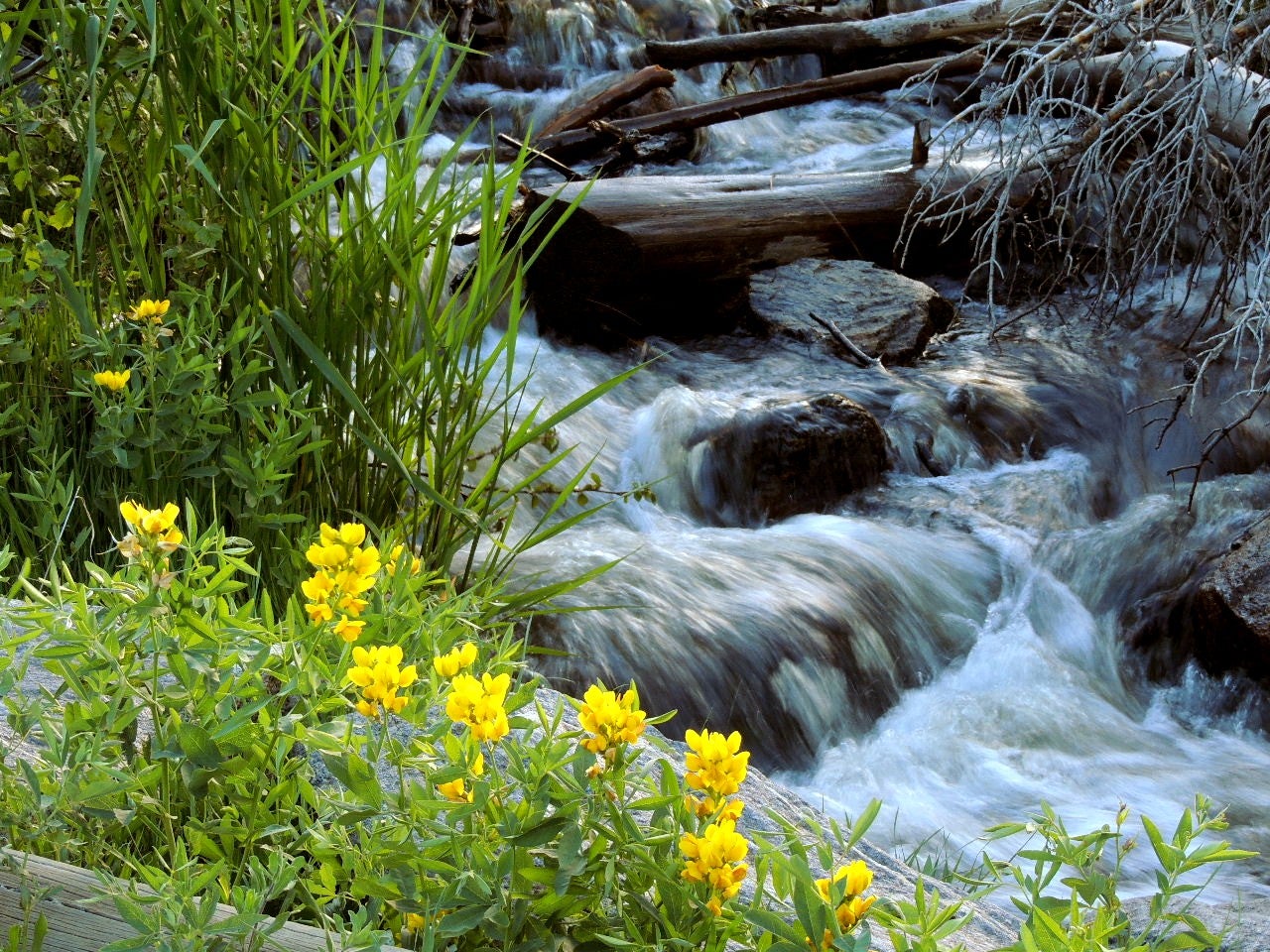 Thank you RMNP for your grandeur and your majesty. We find you and our nation’s other National Parks to be truly magnificent natural wonders and perhaps America’s greatest collective treasure.  You always leave us with a smile. And that is for sure a good sign. 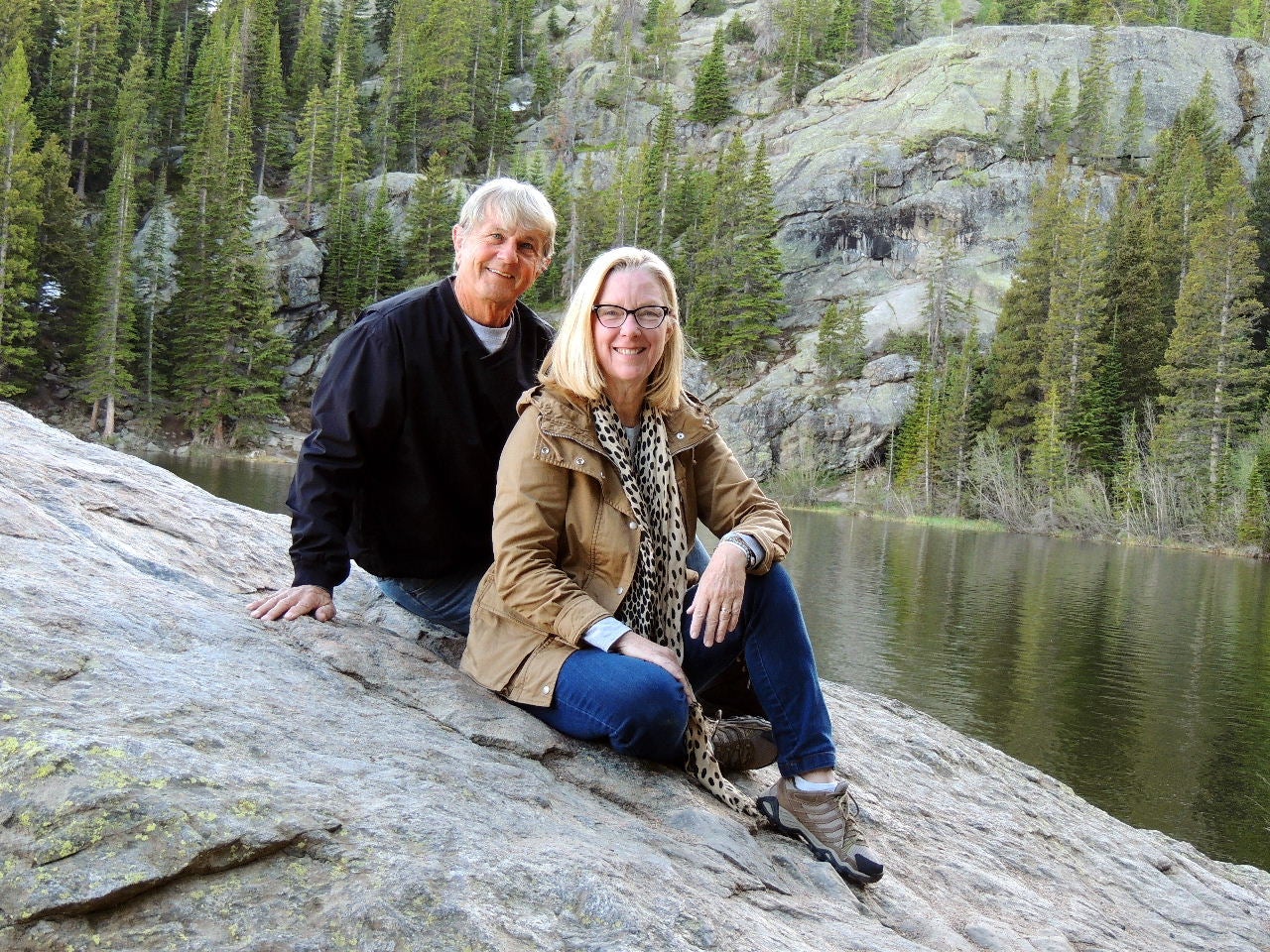 Summer Hull , aka Mommy Points, ran the Mommy Points site for families who want to travel more for less using miles and points for seven years. She now heads up a variety of special projects at TPG when she isn't exploring the world with her own two girls.
You might like
UPDATED: A country-by-country guide to where you can travel with no COVID-19 test and/or vaccine required
News
49m ago
The 13 European countries that still require masks on flights despite EU dropping rules
News
2h ago
Paris deal alert: Fly from Atlanta, Baltimore, Boston and NYC for less than $500 round trip
Deals
3h ago
Chase Sapphire Preferred® Card