How I Finally Got Through to Global Entry Customer Service

Articles
Summer Hull , aka Mommy Points, ran the Mommy Points site for families who want to travel more for less using miles and points for seven years. She now heads up a variety of special projects at TPG when she isn't exploring the world with her own two girls.
Follow
July 26, 2016
•
5 min read 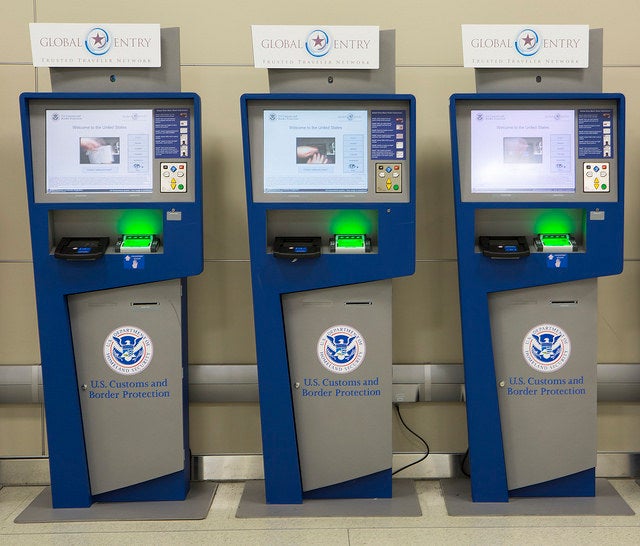 How I Finally Got Through to Global Entry Customer Service
This post contains references to products from one or more of our advertisers. We may receive compensation when you click on links to those products. Terms apply to the offers listed on this page. For an explanation of our Advertising Policy, visit this page.

Right after we got my youngest daughter her passport last summer we set out to get her Global Entry. Unlike with TSA PreCheck, kids don’t get a free pass to piggyback with their parents to utilize Global Entry upon re-entry into the United States. Kids of all ages have to have their own Global Entry or the entire family will effectively be slowed down when re-entering the country by going through the normal lines.

Last year I went through the whole Global Entry application process for my one month old infant including paying the $100 fee (which was reimbursed by my credit card) and making her an appointment for her Global Entry "interview". But then I think the adrenaline of having an newborn wore off and we couldn’t make the interview appointment for reasons I can’t remember now. Maybe she was sick, maybe I was exhausted, I don’t know. Over the next few months I kept delaying making another appointment since by that point we didn’t have another international trip on the immediate horizon and hauling into Houston with a bad car rider for a baby’s interview just wasn’t a priority when I was almost too tired to even drag us to the grocery store.

Fast forward to present day when we have another international trip coming up and the necessary incentive to go ahead and get this process finished. Sadly by this point her entire application was apparently canceled and we have to start over. For reasons I’m still not totally clear on I ended up getting locked out of her online GOES account when reseting her password - and it wasn't for failed password entry attempts. Why is this so hard??!!

The first time I called in the afternoon about a week ago the automated system said there were 23 calls ahead of me and my call may not be answered by the close of business. After waiting about 15 minutes and still having 21 calls ahead of me I hung up.

I called the next morning about 9AM and the phone number just beeped at me and said all circuits were busy. This happened the next several times I called. Over the weekend I called and the number did work, but the automated system said they were closed. I counted this as progress in that the phone number at least did still work.

Monday morning about 8:30AM I called and again got the all circuits busy message. This happened throughout the rest of the day. I then started trying all of the local Houston Global Entry interview offices to try and get some guidance. No one ever answered any of those numbers and the voice mailboxes all stated they were full. Are you kidding me? Twitter was also a dead end.

Today, Tuesday morning, I called the 1-855-873-4637 customer service number at 7:59AM and got the automated we’re closed message. At exactly 8:00 AM Central I called again and I got through to the actual automated system!!! I quickly pressed 2 for help with suspended accounts and got the “there are three calls ahead of you” message. Yay, yay, yay!

Within 10 minutes or so I got through to a nice person on the other end who I pretty much begged not to hang up. Within a few minutes we had the password reset. Whew.

Out of curiosity I called again and indeed by 8:15AM Central the line was ringing all circuits are busy. Global Entry and TSA PreCheck are amazing, but the total and complete backlog the application system is experiencing right now is beyond unacceptable. Get more people to answer the phone. Get more people to process applications. Get more people to conduct interviews...which really are just finger print sessions. It shouldn't take a week and calling within 60 seconds of the lines opening in the morning to get help with a password. It shouldn't take 6 months to get an interview. Perhaps you shouldn't have to interview an infant at all...but that's another issue.

For now my advice to get through to Global Entry customer service is to call exactly at 8AM Central Monday - Friday. A few minutes later will be too late. We're now waiting for her Global Entry approval (again) so we can try again to schedule an interview...hopefully it won't take months and months to get that process completed.