Defying Chase 5/24 and Getting Approved for the United Card!

Articles
Summer Hull , aka Mommy Points, ran the Mommy Points site for families who want to travel more for less using miles and points for seven years. She now heads up a variety of special projects at TPG when she isn't exploring the world with her own two girls.
Follow
May 26, 2016
•
4 min read 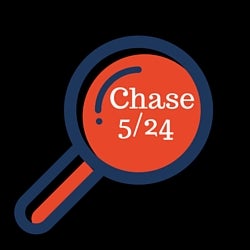 Defying Chase 5/24 and Getting Approved for the United Card!
This post contains references to products from one or more of our advertisers. We may receive compensation when you click on links to those products. Terms apply to the offers listed on this page. For an explanation of our Advertising Policy, visit this page.

For about the last year there has been an unofficially confirmed Chase rule that says you cannot have 5 or more new credit card accounts on your credit report within the last 24 months (aka 5/24) and still get approved for their own Chase branded products like the Sapphire Preferred, Freedom, etc. Even if you had amazing credit, offered to close other Chase accounts, move credit lines around, etc. approvals often just were not/are not happening if you had 5 or more new accounts displayed across all banks. As usual, there are exceptions of course to this "rule", some seemingly random and inexplicable, and some when dealing with pre-approved offers, being a Chase Private Client, or similar. (The Chase Freedom is no longer open to new applicants)

The co-branded Chase products like the Southwest cards, United, cards, Hyatt card, etc. also did not seem to be subject to the same 5/24 rule as the Chase branded products, but rumors were that they would be at some point. A couple days ago Doctor of Credit shared that the 5/24 rule had now expanded to include co-branded Chase products according to his "source" (and he has been right about things like this in the past).

I immediately kicked myself a bit when reading this because we have been meaning to pull the trigger on a United card for Josh since he hasn't gotten that bonus in a few years and actually needs a United card and associated perks to avoid checked bag fees, board a little earlier, etc. when he is flying on his own since he no longer has United elite status. Life has kept us too busy to buckle down and apply, and I thought we might now be too late. He doesn't apply for a ton of cards, but has had 5 or more in the last two years across all banks so if 5/24 was in full effect for this card it would likely disqualify him from getting an approval.

We had received a mailer offering him 50,000 United miles as a sign-up bonus after spending $2,000 a few months ago, but it had expired. I crossed my fingers that the higher 50k offer would still display when he logged into his United account as it had in the past, and indeed it was there. Yay!

He applied for the offer quickly before heading off to work yesterday (too quickly in retrospect as I forgot to try and get the offer with the $50 statement credit to come up as shown below), but the great news was the instant approval he received within seconds of hitting apply!

This is great not just for the normal obvious reasons of the sign-up bonus, credit card perks, etc, but also because it is a data point against the 5/24 rule being in full effect for the co-branded credit cards. Doctor of Credit's working theory is that in addition to the Chase branded cards, the Marriott, Southwest, and United cards now fall under 5/24 whereas the IHG, Hyatt, British Airways, Disney, Fairmont, Amazon, and AARP cards do not...at least not for now.

Josh's application may have been approved because it was in some way targeted since not everyone can access the 50k version of the offer, but many are targeted for that offer from time to time, so that would still be an awesome 5/24 exception to note if that's the reason it worked. Or perhaps United cards don't truly fall under 5/24. Or perhaps 5/24 hasn't fully kicked in for the co-branded cards. Or perhaps we just got lucky. Or perhaps applying on 5/24 itself negates the normal rules of 5/24. I don't really know, and I only partially care.

I don't care more because we will never know exactly the secret sauce behind who will and who will not get approved for new credit accounts. It is handy to be able to note trends in order to make educated guesses and act accordingly, but until you actually hit the "apply" button you aren't going to know for sure about your own situation. We were willing to pull the trigger and find out what would happen...and in this case it paid off!

What has your experience been recently with getting approved for a Chase credit card? Have you applied for any in the last few days?