Punctuation Matters When You're Traveling—and Here's Why 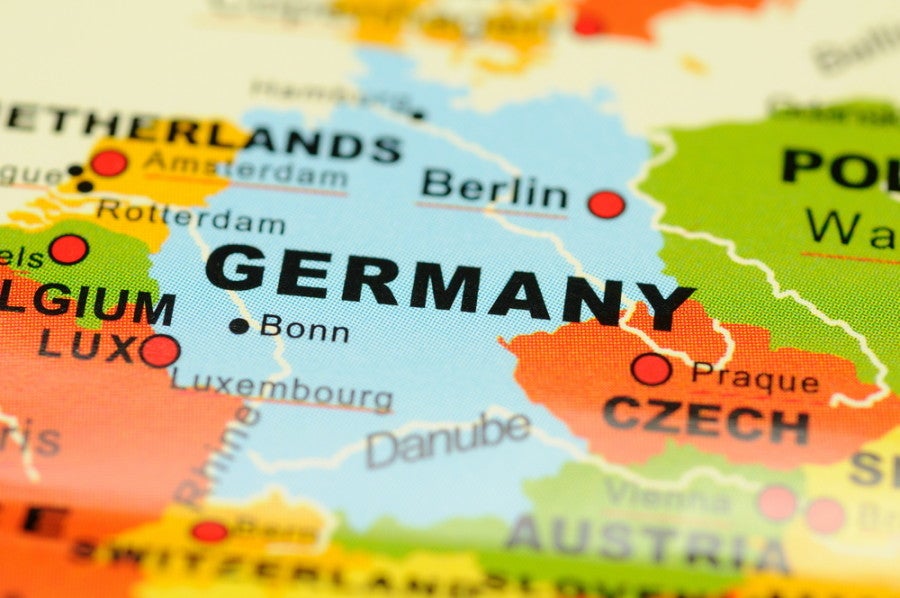 Punctuation Matters When You're Traveling—and Here's Why
This post contains references to products from one or more of our advertisers. We may receive compensation when you click on links to those products. Terms apply to the offers listed on this page. For an explanation of our Advertising Policy, visit this page.

üEvery travel site will tell you how to do things the right way. But as every traveler knows, sometimes things go wrong. In his bimonthly series, TPG Contributor J. Keith van Straaten invites you to learn from his mistakes—his many, many mistakes. (All photos by the writer, except as noted.)

A great way to keep a trip interesting and often less expensive is to book an open-jaw ticket. On this trip, arriving in Berlin and departing from Amsterdam meant I got to explore more of the region without having to be tethered to one spot. If Berlin ended up being less appealing than I'd hoped, I could cut that visit short and spend more time in my ancestral homeland of Holland. Whatever the case, it also meant that I had to get from Berlin to Amsterdam.

I arrived in Berlin without such a plan, but figured my experience would dictate my itinerary, and crossing the approximately 360 miles between European capitals seemingly on a whim would be one of those things that makes me feel like the cosmopolitan world traveler my Facebook friends perceive me to be.

Berlin was in fact amazing—any place that celebrates beer and sausage as much as art and design is a-ok by me. I met up with my Los Angeles-based friend Kristina and we were shown around by her ex-pat friends, who recommended everything from the best swap meets to the best places to see a giant videogame joystick, to a display of Helmut Lang's socks. Surely they could recommend a route to Amsterdam?

Despite the short distance and the straight line across Germany's collarbone, options were limited. Plane tickets had gotten expensive (turns out, you save money when you book more than 48 hours in advance) and a rental car required exorbitant fees for a one-way trip crossing borders. That left the train, which would allow us a stop in the German countryside. As much as I love big city life, Berlin had yet to show me a single tiny cottage, adorable town square, or even one functioning dirndl.

I consulted my Germany travel guide and was amazed to see that Rick Steves hadn't listed a single town in this part of the country. Kristina's friends didn't have much to recommend either. What I'd thought was a common land route between big exciting cities was in fact the cultural equivalent of driving between Las Vegas and Phoenix. They did mention a small college town named Munster that could be a nice place to stop, and in checking the train map and schedule, it turned out we could be in Munster by dinnertime, stay overnight and leave after lunch the next day—how delightful!

I booked our tickets on the German rail website, and soon we were headed west across the land that Rick Steves forgot. For reasons that will be explained in a future Mistake Monday post, we missed one of our connections and had to take the final leg on a bus that pulled into the parking lot of the Munster train station around 10:30 pm.

Kristina and I disembarked, expecting to see a line of taxis in front of the station, just like in the photo on the German rail website. Instead, nothing. The town was dark and quiet and we entered the only establishment with a light on: a tavern next to the bus stop. An authentic German biergarten—how delightful!

Inside we found no such mirth. All music seemed to stop as the regulars swiveled to stare at us as, but I bravely bellied up to the bar for a beer amidst what I sensed was a conspiracy of murmurs. Soon one of the gentlemen barflies was elected spokesman and asked us, in broken English, “What are you doing here?”

The tone was not unwelcoming, just confused.

“We're on our way from Berlin to Amsterdam and wanted to stop. We heard Munster was a nice place.”

“Really?” he asked incredulously. “Someone told you to come to Munster?”

“Yes. Can you recommend a hotel for tonight?”

The Sprecher turned to his brethren to translate my query and was met with laughter and disbelief. It was as if they'd never seen a suitcase before. They couldn't understand why we would want to visit this town—and on purpose! These were the most modest patriots I'd ever encountered.

Ultimately the kindness of strangers took hold (buying a round of Spaten was key to my diplomacy) and between the patrons, the beer maiden, and the bartender, calls were placed, lodging was secured, and a summoned taxi awaited us outside.

Five minutes worth of taxi later, we pulled up to another pub, where we were met by a hostess who looked like she'd been summoned from sleep by a late-night phone call from the train station tavern. She walked us upstairs to a modest room in which we gladly collapsed, happy to be laying down and indoors.

The next morning over breakfast downstairs, Kristina and I went through the travel pamphlets from our room. Strange, I thought. I read on the German rail website that this town had a Picasso museum. How weird that it wouldn't be listed on this guide! And the photos on the German rail website showed taller buildings than the ones I could see in this square. And where were all the university students on bicycles I was promised by Kristina's Berlin friends?

The thoughts snowballed quickly... This map doesn't look like the map I saw on the German rail site... This town has a Panzer tank museum?!… It's like this is a different town entirely... Wouldn't that be crazy if... Oh no.

Oh yes: we had gone to the wrong Munster.

It turns out punctuation matters. In German, for instance, they have an adorable little accent mark called the umlaut. And apparently, it does more than make metal rock bands look cool, it actually changes the meaning of a word. For example: Munster is different than Münster. Very different. Like 170 miles apart different.

Fortunately, I'm able to laugh at my misfortune. As Kristina and I walked through town to its gift shop/tourist office, I was very aware that I was in the midst of one of those things that makes me feel like the ridiculous world traveler I seem to be on Facebook.

“Hello, can I help you?,” asked the middle-aged woman behind the counter of post cards and teddy bears.

She didn't even have to swivel her chair to produce for us an atlas, opened to a dogeared page with a map of the region. The line between Munster and Münster had been demonstrated to wayward tourists so often that the faded mark looked like a superhighway. I have to admit, I felt relieved that Kristina and I weren't the first to make this mistake and wouldn't be the last. (I don't wish anyone ill on their travels, but isn't it nice to know we're all part of the human condition?)

By lunchtime, we were back at the train station, and in my hands was what looked like something impossible: a train ticket going from Munster to Munster. (OK, actually to Münster, but what's an umlaut between friends?)