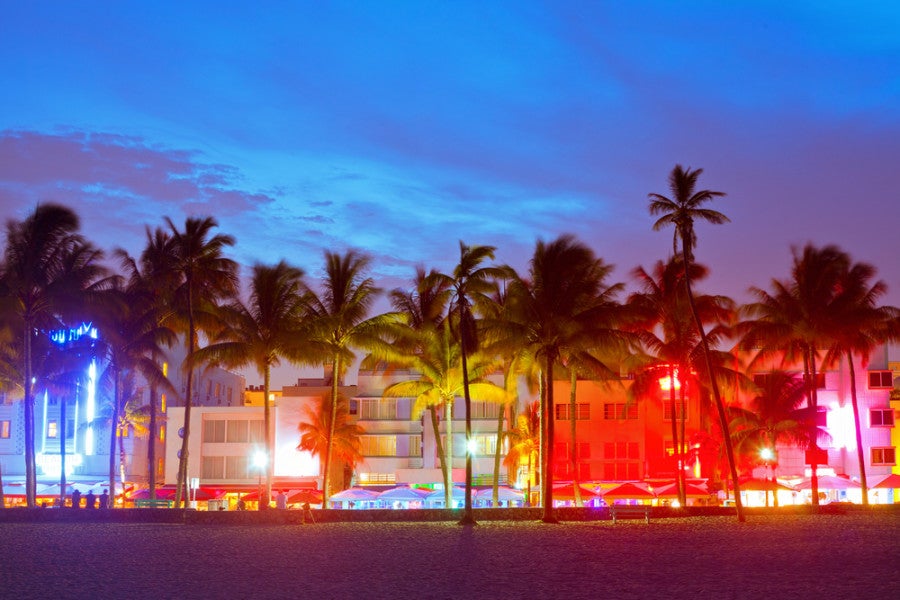 Best Gay Neighborhoods in America
This post contains references to products from one or more of our advertisers. We may receive compensation when you click on links to those products. Terms apply to the offers listed on this page. For an explanation of our Advertising Policy, visit this page.

The modern gay rights movement started with a revolt at the Stonewall Bar in New York’s Greenwich Village, and somewhere along the line, LGBT neighborhoods throughout the country sprang up in walkable, Village-like neighborhoods. TPG Contributor Drew Limsky offers up a tour of LGBT-friendly enclaves in cities across America.

There’s probably only one street in the known galaxy where you can see a naked guy strolling past an ornate movie palace, where inside, actress Rutanya Alda dishes—to hoots and cheers—about Faye Dunaway’s offset antics on the Mommie Dearest shoot (Alda played housekeeper Carol Ann to Dunaway’s gargoyle-like Joan Crawford). That would be Castro Street, the epicenter of the country’s best LGBT theme-park neighborhood. In addition to the Castro Theater —which is known for its quality revivals, singalongs and drag shows—the city’s premier destination is lined by quirky shops and eateries you’ll find no where else. It’s all draped in rainbow flags, so you’ll know you’re here. And as anyone who watched the HBO TV show Looking knows, nearby Dolores Park is the place to catch some rays (and maybe a date).

The Castro, which is a human-scale residential neighborhood made up of lovingly restored Victorians, doesn't offer a great deal in terms of hotels—to really soak up the neighborhood, booking lodgings through Airbnb is best. (Those with Amex credit cards like the Premier Rewards Gold, Platinum Card from American Express and The Business Platinum Card from American Express OPEN should keep in mind that Airbnb is a partner of American Express Membership Rewards.) Another great option, though, is to choose a hotel near the Market Street streetcar line—you can hop off at Market and Castro. There are several premier options in the South of Market (SoMa) neighborhood, including the luxurious (and SPG Category 6) W San Francisco has rates that start at $469 or 20,000 Starpoints.

This is the hood just north of the West Village that gave rise to the muscled-up “Chelsea Boys” of the '90s—and Eighth Avenue north of 14th Street was informally known as “the runway.” Though Midtown West (aka “the Dance Belt” due to its proximity to the Theater District) became a logical extension of Manhattan’s gay life, Chelsea is still the gay go-to for its bars (G, Barracuda and GYM Sportsbar), restaurants (East of Eighth, Elmo) and gyms (Chelsea Piers, Crunch, New York Sports Club).

Four Points by Sheraton Chelsea is in a convenient location on West 25th Street. Rates start at this SPG Category 5 property start at $459 or 12,000 SPG Starpoints per night—and the comped Internet access and free bottled water means no nickel-and-diming. Chelsea doesn’t boast much in the way of full-service, high-end hotels, but the Theater District is minutes away, where a solid, stylish choice is the SPG Category 6 Westin Times Square, where rates start at $409 or 20,000 Starpoints per night.

In this car-crazed city, WeHo is a little pocket of pedestrian-friendly blocks centered around Santa Monica Boulevard and North Robertson Boulevard. Weekend nights, the sidewalks here are thronged as (mostly young) men and a sprinkling of women make their way to bars and cafes, many with outdoor seating. For a lively scene, nothing really touches The Abbey; with 14,000 square feet, it’s by turns a gastropub, a dance club, and a cocktail patio. WeHo is also home to a popular 24 Hour Fitness Super Sport gym, right on Santa Monica Blvd.

The London West Hollywood offers not only great service and true luxury, but it’s perfectly positioned above Santa Monica Blvd. right near Sunset Blvd. Standout amenities include the rooftop pool and the generous continental breakfast buffet (great smoked salmon). Rates are from $549 nightly, but American Express Platinum cardholders should also know that the hotel is a member of American Express Fine Hotels and Resorts, offering them exclusive benefits like room upgrades and early/late-check-in.

Locals bemoan that the social scene has migrated from hot clubs to online (and even worse, to provincial Fort Lauderdale), but don’t listen. The gay beach at 12th Street is still the best place for sun and fun this side of Mykonos, and the Palace, a restaurant and lounge at 12th and Ocean Drive, still mesmerizes passersby with its outrageous drag shows that spill out onto the sidewalk. More sophisticated are the cafes that line Lincoln Road Mall, where you’ll see plenty of same-sex couples walking hand-in-hand.

The new kid on the block is the fabulously design-forward The Miami Beach Edition, part of an emerging luxe-brand collaboration between hotel designer Ian Schrager and Marriott Hotels. From its two pools (one new, one historic) and its prime beachfront to its ice-skating rink and nightclub, the new Edition is a real wow. Rates are from $409 or 70,000 Ritz-Carlton Rewards points per night for this Tier 5 property.

So widely accepted as Chicago’s LGBT stomping grounds that "Boystown" has outgrown the nickname stage, this 'hood is located in East Lakeview, with Halsted Street and Broadway its main drags. It boasts 30 bars, restaurants and clubs, including Melrose (open 24 hours, this spot has one of Boystown’s best brunch scenes) and Hydrate, a top nightclub featuring popular DJs and live shows. For a little retail therapy, Cram offers some of the city’s best fashions.

A member of IHG’s boutique chain, Hotel Indigo Chicago Downtown Gold Coast is located near Oak Street's Boutique Row, and is known for its quiet rooms, convenience, and bright, colorful design. Rates start from $243 or 35,000 IHG Points per night.

If you've ever been to any of these gay neighborhoods, which is/are your favorite(s)? [card card-name='The Platinum Card® from American Express' card-id='22504813' type='javascript' bullet-id='1']

Featured image by South Beach is a great gay hood during daytime and nightime. Photo courtesy of Shutterstock.