The Best Cups of Coffee in the Sky

Articles
Nick Ewen is a director of content at TPG and was one of the site's first contributors in 2012. He’s visited 52 countries (and counting) and has taken his 7-year-old daughter to 24 of them.
Follow
March 03, 2015
•
7 min read 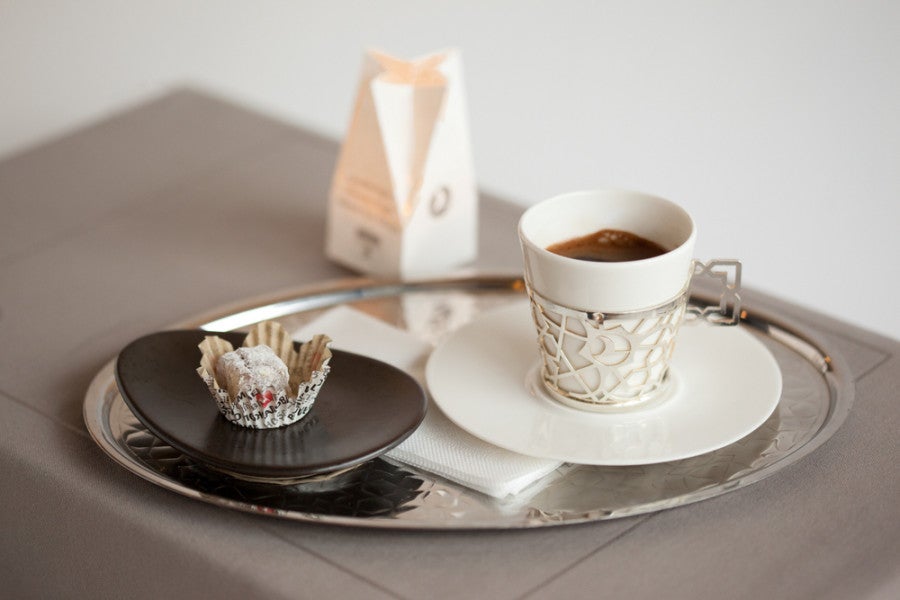 The Best Cups of Coffee in the Sky
This post contains references to products from one or more of our advertisers. We may receive compensation when you click on links to those products. Terms apply to the offers listed on this page. For an explanation of our Advertising Policy, visit this page.

When Senior Points & Miles Correspondent Nick Ewen joined the road warrior ranks, he went from despising coffee to craving a morning jolt of caffeine—even on a 6am flight to Atlanta. Fortunately, airlines are now recognizing the importance of serving high-quality java onboard their planes, and Nick has found the best ways to get your coffee buzz in the air.

Airlines are in a bit of a pickle when it comes to serving coffee (or really anything to eat or drink) after take-off. As TPG Contributor Katharine Gammon wrote about in 2013, food and beverages taste different up in the air, so your favorite coffee roast may seem bland or downright gross at 35,000 feet.

In addition, the specific java products served on board may vary across travel class, route, or even type of plane. As a result, the list below includes a variety of coffee choices: some are available to all passengers, others may be restricted to first and/or business class, and some might only be available on certain flights.

Consistently rated one of the world's best airlines, Singapore delivers a terrific onboard coffee product through their partnership with illycaffe, first announced in 2013. Suites, First, and Business Class passengers can enjoy a cup brewed from single-origin Monoarabica beans grown in several counties, including Ethiopia, Brazil, and Guatemala. These offerings are in addition to the original illy blend, made with nine different kinds of pure Arabica beans.

American began flying its brand new 777-300ER at the end of 2012, and one of the best innovations (for coffee drinkers, at least) is an onboard espresso machine for first class passengers. TPG got a chance to fly this plane in first class from JFK-GRU just a few months after its inaugural flight, and he described his morning Illy espresso as "one of the best caffeinated beverages" he's ever had in the sky. The plane is currently deployed on flights from JFK and Los Angeles to London-Heathrow and flights from JFK and Dallas-Fort Worth to Sao Paulo.

Earlier this month, Delta began offering Starbucks coffee onboard, which was previously only offered on West Coast Shuttle routes and BusinessElite transcontinental routes between JFK and LAX/SFO. You can now enjoy the chain's Pike Place Roast and VIA Italian Roast decaf on all of the carrier's 5,000+ daily flights. According to the press release, Delta estimates that 68 million cups will be served by the end of 2015, an average of almost 40 per flight!

Adding a bit of irony is the fact that Alaska Airlines also serves Pike Place Roast (both regular and decaf) onboard its flights. While Alaska and Delta are still partners, their ongoing battle for dominance in Seattle hints that this agreement may be coming to an end soon. While the switch to Starbucks may not be directly related to this competition (Delta previously served Seattle's Best), offering one of the city's best-known brands certainly won't hurt their plan to woo the hearts of Seattleites.

Coffee beans from the Kona area on the Big Island of Hawaii are well-regarded by coffee drinkers worldwide, and Hawaiian Airlines offers this tasty beverage to all passengers. Fortunately, your flight doesn't need to be flying to or from the Aloha State to enjoy this tasty beverage, as just last year, United announced that a Kona Blend would become the carrier's standard coffee drink across its entire network.

While West Coasters may prefer their coffee with the mermaid emblazoned on the side, my East Coast friends are partial to Dunkin Donuts. Fortunately, you can get your fix onboard JetBlue, as the low-cost carrier serves Original Blend and decaf (along with Dunkin Donuts tea) on all of its daily flights.

JetBlue isn't the only upstart with a quality brand of coffee onboard. Bay Area residents will be excited to hear that Virgin America serves Philz Coffee onboard all of its planes, which regularly appears on lists of the best coffee shops in San Francisco (like Timeout and Business Insider). While the plane won't match the ambiance and experience of visiting an actual Philz Coffee location in the city, it's still a great (and free!) product to enjoy while traveling.

An addition inspired by reader comments, Austrian Airlines provides a variety of coffee drinks in their business class cabins through its "coffee shop above the clouds" program. Enjoy Austrian specialties like Einspanner (black coffee with whipped cream), Melange (coffee with whipped foam), or several other options to accompany the renowned catering from DO & CO.

When my wife and I visited Istanbul at the end of 2013, we had to try a cup of Turkish coffee on our trip. (When in Rome, right?) While the incredibly strong drink wasn't our favorite, many swear by it. Fortunately for them, the country's flagship carrier serves Turkish coffee in business class on long-haul international flights, giving you a welcome jolt to finish up a delicious meal.

The last entry on this list doesn't have as much to do with the actual coffee as it does with the brewing process. Last year, Asiana Airlines recently announced that they would start offering hand-drip coffee service in first and business class on many flights. Originally proposed by a senior purser, Shim Jae-beom, the service is delivered by trained barista teams using hand-selected coffee, and it may not be available on all flights. However, if you're traveling through the airline's hub in Seoul, be on the lookout for the enticing smell of fresh-brewed coffee!

What are your favorite in-flight coffees?