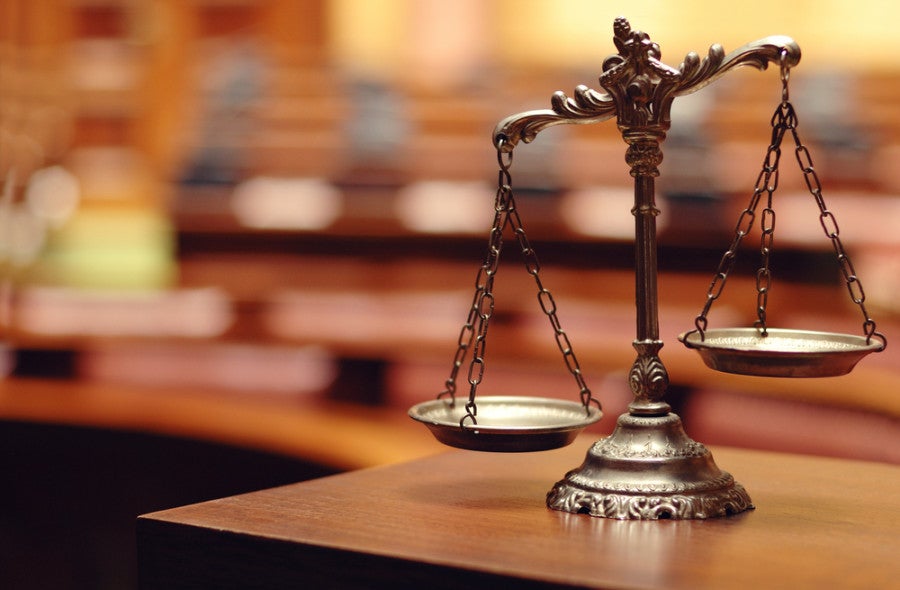 Insider Series: The Turbulent World of Flight Injury Law
This post contains references to products from one or more of our advertisers. We may receive compensation when you click on links to those products. Terms apply to the offers listed on this page. For an explanation of our Advertising Policy, visit this page.

Following last week's news of a Southwest Airlines passenger who'd been hit on the head by a suitcase falling from an overhead bin suing the carrier for $49,000 in damages, the TPG Team was surprised to learn that there are whole law firms dedicated to airplane accident and flight injury cases. The Points Guy mentioned one such firm, Bohrer & Lukeman, in his coverage of the Southwest story, and TPG Travel Editor Melanie Wynne recently spoke with two of its attorneys—partner Abe Bohrer and associate Erin Applebaum—about the increasingly complex world of aviation law.

Abe Bohrer got involved in the flight injury arena by, well, accident. About twenty years ago, a case came his way that required him to study the Warsaw Convention (renamed the Montreal Convention in 1999), the law that regulates "liability for international carriage of people, luggage or goods by aircraft for reward." Bohrer has since learned that when it comes to injury cases on airlines, liability and reward can be an uneven pairing.

While major air disasters have decreased dramatically in recent years, greater numbers of airline passengers on planes, carriers failing to enforce carry-on baggage rules, higher costs for checked baggage, and flight attendants working longer shifts have all contributed to a what Bohrer calls an "epidemic" of onboard and in-flight injuries caused by baggage being stuffed into and removed from overhead bins.

Erin Applebaum says that although Bohrer & Lukeman handles cases involving numerous types of aviation accidents, in-flight passenger injuries comprise the bulk of their caseload. "We receive multiple inquiries per week," she says, from people hurt by falling luggage, claiming in-flight injuries that include "retinal tears, herniated disks, broken teeth and even skull fractures." In Applebaum's experience, the injuries being claimed by Southwest passenger Jeffrey Reinhardt (which include a compressed disc, tears to his back and neck muscles, headaches, nausea, dizziness and decreased range of motion), while still serious, are more minor than those her firm usually sees.

In-flight passenger injuries are governed by different laws depending on whether the passenger was hurt on a domestic or international flight. International flights are subject to the Montreal Convention, under which an injured passenger only needs to prove that he/she was injured by an accident, defined as an unusual or unexpected event that occurred external to him/her. On domestic flights, however, airlines are generally held liable for passenger injuries if the passenger can prove that some form of negligence occurred.

According to Bohrer, most airlines use this to their advantage, typically reacting to their passengers' liability cases with "consummate denial. Airlines are notoriously unwilling to accept responsibility for injuries that occur on their domestic flights. In a very few instances," Bohrer says, "I've certainly seen an airline act humbly and graciously towards a customer who's been injured, but an adversarial stance is more common."

The burden of proof in international airline cases is more passenger-friendly, and Bohrer has found it easier to recoup losses for clients who were injured while aboard non-domestic flights. However, he says that although airlines are required to fill out an accident report for every incident, "a copy of this report is rarely provided to the passengers involved" and is sometimes not even completed. (Exceptions include obvious injury cases, such as passengers burned by hot water spills or hurt by slipping/falling on ice while boarding/exiting the aircraft.) More often, this report goes directly to an airline's own risk management department, to which a passenger has no access. Maritime injury law has similar laws according to Maritime Lawyers Wilkins Schneller Law

Bohrer has observed that many passengers who've been injured during a flight feel that if they simply complain in writing to the airline, they'll get help. However, airline claims reps have very little latitude when it comes to providing complainants with remuneration; an airline's insurance carrier handles the real payouts.

Not surprisingly, Bohrer—a lawyer who stands to benefit from passengers' settlements in flight injury cases—recommends contacting a lawyer rather than an airline in the case of an in-flight or airline-related injury. In his experience, when an airline claims rep receives a complaint letter or call, their usual protocol is to reach out to the complainant to, he says, "conduct an in-depth interview, then use this information in a protracted series of their own investigations—only to conclude that they don't need to accept any responsibility."

Both Bohrer and Applebaum express frustration with the disconnect between what a passenger says happened, what an airline will admit, and later discovering what actually did happen. Most flight injury cases, Applebaum says, take between 12-18 months to settle, but particularly contentious cases can last upwards of two years.

New York City-based Bohrer & Lukeman is only one U.S. law firm that specializes in aviation law and flight injury cases—others include Seattle firm Brodkowitz Law and Philadelphia's Fenner & Boles, the latter of which has a particular focus on flight attendants who've been injured on the job. A detailed directory of similar firms can be found on attorney marketing site FindLaw.

Editor’s note: No one affiliated with The Points Guy—myself included—has a vested interest in any particular law firm, aviation-related or otherwise.