Parents in First, Kids in Coach

Articles
Summer Hull , aka Mommy Points, ran the Mommy Points site for families who want to travel more for less using miles and points for seven years. She now heads up a variety of special projects at TPG when she isn't exploring the world with her own two girls.
Follow
Jan. 20, 2015
•
4 min read 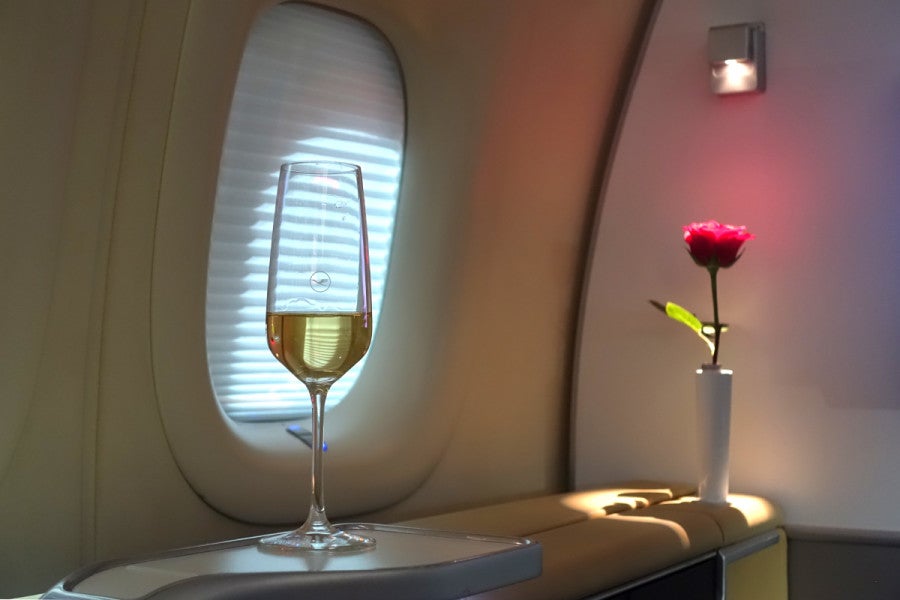 Parents in First, Kids in Coach
This post contains references to products from one or more of our advertisers. We may receive compensation when you click on links to those products. Terms apply to the offers listed on this page. For an explanation of our Advertising Policy, visit this page.

Well, I actually think the issue and "right answer" are a little more complicated.

His post was inspired by an article about parents who flew in business class on miles while their 11 and 16 year old kids flew in premium economy on the same transatlantic flight. There are over 1,000 comments on that article, so as you can guess, there are lots of various opinions shared. Many of the comments I read point to the author of the article as being selfish, talk about the "what ifs" in case of an emergency, or say that it teaches children that fancy seats are more important than time with them.

I obviously am all for parents and young children sitting together on their flight, but I think that at a certain point you are actually doing your children a favor by giving them some space on the plane, and during travel in general. Since my daughter is still relatively young at 5 years old, perhaps this is one of those "easier said than done" things, but I like to think that as she gets older we will make choice that allow her to gain experience and confidence traveling "on her own" without actually being on her own. I don't know that we will absolutely sit in business or first while leaving her in coach as a teenager, but I can't say we wouldn't either, especially if she felt ready for it and was flying with a friend, cousin, or sibling.

The kids in the article mentioned are reportedly well-traveled, so I think it is 100% reasonable that the parents aren't seated right next to a well-traveled 16-year-old, and if the 11-year-old is well behaved and confident, I can potentially see that working too - especially when together with the older sibling and/or just a row or two behind on a regional jet.

I sometimes get questions related to whether I am teaching my daughter the wrong message by sometimes flying with her in a premium cabin. I don't at all think so, I think the real lesson to teach is how lucky we are to travel at all, rather than emphasizing which seat you sit in on the way there. However, if there is something to sending the wrong message to your kids by having them sit in the fancy seats from time to time, then perhaps a solution is to have them fly in economy on their own at times once they are teenagers.

Really though, I just think that kids need a chance to grow up some little by little before they are 18-years-old and are magically all on their own (or worse yet, they become adults and yet still live at home, mooch of their parents, and act like kids for an indefinite period of time). Sure you could simply sit a few rows away from them in economy and still have them feel like they are on their own on the plane, but if it ends up that the parents are in business class while the kids are in premium economy, then I think that's not totally a bad thing if the kids are well prepared for their flight "on their own".

In fact, I bet many teenagers would rather that scenario than being seated right next to their parents the entire time. Parents of teenagers, what are your thoughts on sitting away from your kids on the plane...even in (gasp!) another cabin.