8 Airline and DOT Rules Every Flyer Should Know 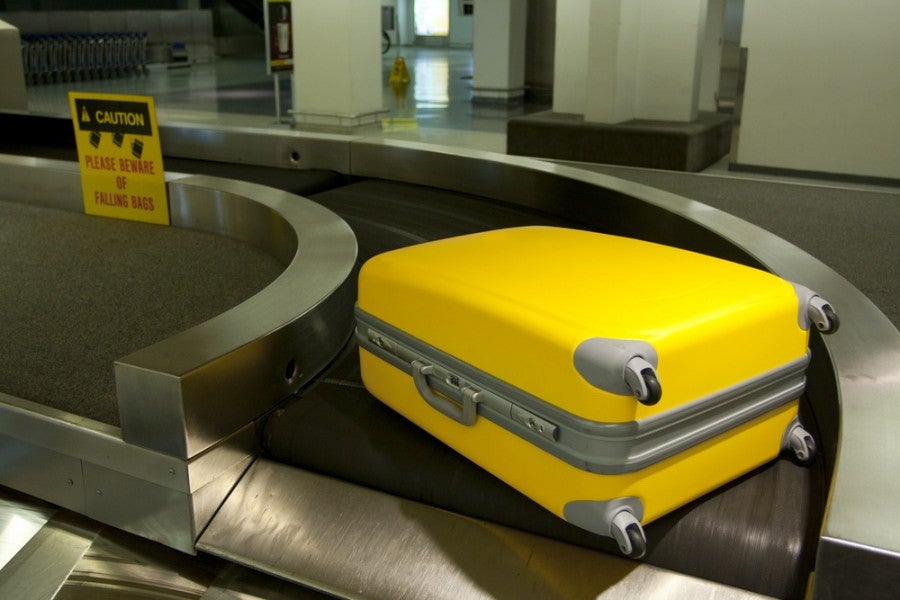 8 Airline and DOT Rules Every Flyer Should Know
This post contains references to products from one or more of our advertisers. We may receive compensation when you click on links to those products. Terms apply to the offers listed on this page. For an explanation of our Advertising Policy, visit this page.

When doing business with airlines, the fine print in the contract of carriage can often mean headaches (generally for you, not for them). However, there are some rules designed to work in your favor, but they'll only do you good if you know them. Today TPG Senior Points and Miles Contributor Jason Steele discusses some of those rules, and explains how to use them to your advantage.

Those who travel frequently tend to know all the rules, and can invoke them to ensure they get treated fairly. But you don't have to be a frequent traveler to travel like one; you can learn all of these rules the easy way. In this post I'll cover 8 rules every traveler should know to help smooth out any bumps in your next trip.

1. The 24-hour refund rule. In 2012, the Department of Transportation (DOT) enacted a new rule that requires airlines to allow passengers to cancel a non-refundable booking or reservation within 24 hours of purchase, without penalty, so long as the booking is made at least seven days in advance of the flight.

Each airline enforces the rule differently. For example, American offers a free 24 hour hold rather than a refund of purchased tickets. US Airways will not apply this rule to award bookings, while most other carriers do. Invoking this rule is one of the strategies I use to avoid airline change and cancellation fees.

2. Compensation rules for delays/lost luggage in the U.S. DOT rules force airlines to cover the cost of loss or damage to passenger bags and their contents up to a maximum of $3,300, which covers the depreciated value (not the replacement value). However, airline contracts of carriage exclude all manner of valuables, such as jewelry, electronics, and financial instruments. When filing a claim at an international destination, the limitation is about half that, depending on the current exchange rates.

When it comes to baggage that is merely delayed and not lost, each airline makes up its own rules. The most important rule to remember is that most airlines require passengers to file a claim immediately at the final destination, and it's wise to get a copy of your claim in writing before leaving the airport. Remember, the last carrier you flew to your destination is always responsible for your lost or delayed luggage. Finally, airlines are required to reimburse passengers for fees paid only on lost luggage, although I've had success getting fees reimbursed when my bags were merely delayed.

3. Alaska Airlines Baggage Service Guarantee. While many rules for lost or delayed baggage seem stacked in the airline's favor, Alaska Airlines has chosen a different approach. According to their rule, "If your baggage is not at baggage claim within 20 minutes of your plane parking at the gate, you're entitled to a $25 Discount Code for use on a future Alaska Airlines flight or 2,500 Alaska Airlines Mileage Plan™ Bonus Miles." Passengers must simply notify an Alaska customer service agent within two hours of the flight's arrival.

I think the odds are probably in your favor to make a claim when you arrive at a large airport such as Denver or Atlanta, where bags must be transported a great distance from the gate to baggage claim.

4. Tarmac delays. After several high profile incidents in the last decade where passengers were forced to remain on parked aircraft for hours, the DOT finally issued rules on so-called tarmac delays in 2010. Airlines are now required to provide food and drinking water within two hours of an aircraft being stuck on the ground. After three hours (four hours for international flights), airlines must give passengers the option to be let off of the plane. In fact, carriers must specifically notify passengers of their right to deplane, and Qantas was once fined $90,000 for failing to do so.

5. Inclusion of all taxes and mandatory fees. The DOT also has a Full Fare Advertising rule that requires airlines to quote all mandatory taxes and fees. The all-in price must be the first price seen. In addition, airlines can't impose fuel surcharges and then characterize them as "taxes."

6. Involuntary denied boarding compensation. This term describes a very precise set of events where passengers have a boarding pass in hand and present themselves at the gate before the required cutoff (typically 10 to 30 minutes before departure, depending on the airline). Denied boarding compensation is then offered during an oversell situation, but not other circumstances such as a flight cancellation or aircraft swap. Smaller aircraft are also excluded.

In these situations, airlines are required to give bumped passengers a written statement describing their denied boarding policy and outlining their right to compensation in the form of cash or a check. The compensation varies based on when you arrive on your alternate flight. A delay of less than one hour is not compensated, 1 to 2 hours is 200% of the fare paid with a maximum of $650, while delays of two hours or more (four internationally) require compensation of 400% of the one-way ticket price with a maximum of $1,300. Compensation for those on award tickets will be based on the lowest fare available. You can also choose to request a refund of your ticket price and make your own arrangements.

7. Southwest's no change or cancellation fee policy. Southwest Airlines is unique in that it boasts no change or cancellation fees on any of its flights. This is a fantastic policy, and one that I've used in the past much to my advantage. Naturally, you'll have to account for any difference in fare, so if your new flight departs within the next few days, the price is likely to be much higher than a fare purchased with advanced notice. On the other hand, you can get a refund of the difference if the fare is lower, which happens often when a sale is announced after you purchase a ticket.

Refunds for changed or cancelled revenue tickets come in the form of electronic vouchers that can only be used to book a new ticket in the same name as the original traveler. When you change or cancel an award ticket, your points will be refunded to your account, and you can then use them to book travel for anyone, making award tickets on Southwest even more valuable than revenue tickets. Note that when using the Southwest Companion Pass, you must first remove any companion bookings before changing or cancelling a ticket, and then re-add them to the new reservation.

8. European Union (EU) Passenger Rights Compensation. The EU has some pretty powerful regulations regarding passenger rights when your flight is delayed or cancelled. For example, if your flight is cancelled or arrives more than three hours late, you can receive up to €600 (about $765)! That said, passengers must submit a request for compensation, and these requests are routinely denied. In fact, there's a cottage industry of companies who submit these claims and fight for benefits on your behalf in return for a portion of what you eventually receive. The beauty is that these regulations still pertain to non-EU carriers on flights to and from EU countries. For more information, see How To Get EU Passenger Rights Compensation From US Carriers For Delayed Flights.

What other rules do you think every flyer should know? Share your suggestions in the comments below.[card card-name='Southwest Airlines Rapid Rewards® Premier Credit Card' card-id='221211031' type='javascript' bullet-id='1']

Related stories
Chasing elite status on Alaska Airlines? A flight to California this fall could help
Flights to Auckland starting under $700 round-trip
The ultimate guide to earning elite status with United cards
American Airlines forgot it had landing slots at JFK. Then it lost some of them
Featured image by Even the cost of checked bag