I just completed a whirlwind 36 hour trip to New York City to attend some events and meet with Amex folks about the new Everyday Cards (more on that soon).  I was a guest of Amex for the meetings/events, and since they provided the hotel accommodations, I was at their mercy on where I would be staying.  For this OCD points obsessed travel gal, turning over control of travel plans takes a bit of a a leap of faith.  Of course I can’t complain when someone else is picking up the tab (oh how I miss frequent work trips where I earned the points and the company paid!), but I was pleasantly surprised when I learned that we would be staying at a boutique hotel I had never visited called The James. 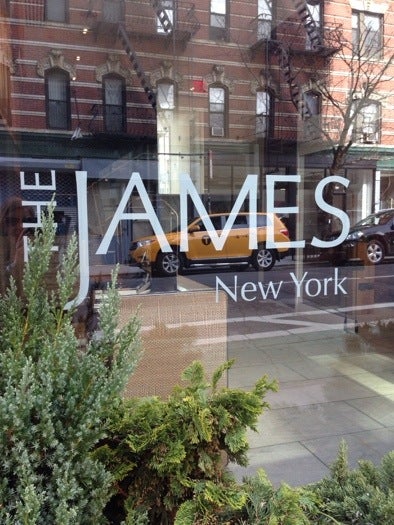 It is a 114-room luxury boutique hotel that describes themselves “as a locally inspired, community focused and environmentally thoughtful hotel.”  It is located in Soho, which is one of my favorite Manhattan neighborhoods and darn close to my all stomping grounds near NYU. 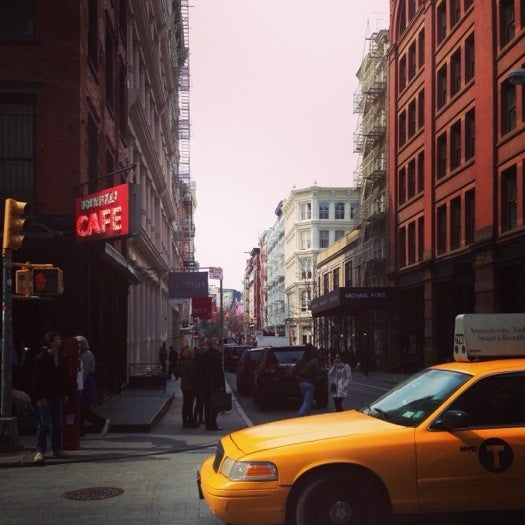 I was welcomed to the hotel by the bellman as I entered on the street level and was escorted to the second level where the official check-in desk and lounge are located.  The hotel isn’t that small at 114 rooms, but it sure felt pretty small (in a mostly good way) based not only on the size, but also by the limited number of people I saw during my stay.  It was a very different experience than staying at a large and bustling NYC hotel such as the Grand Hyatt. 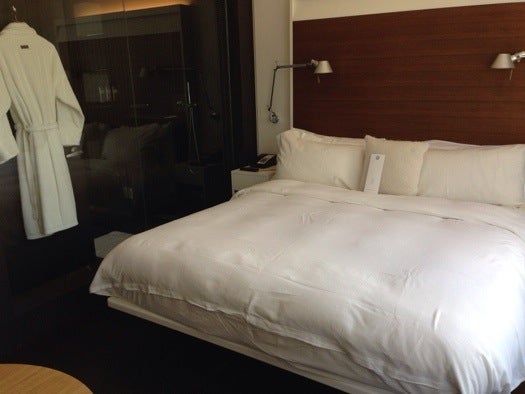 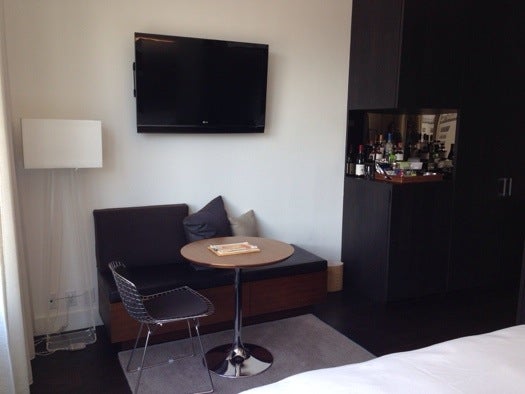 For example, the bathroom area was separated from the bedroom just by clear glass.  Sure you can put a screen down by pushing a button to obfuscate the view a bit, but seeing through the shower, to the bedroom, and then out the window can only be described as sassy…or perhaps odd, depending on the circumstances.  When traveling with a family it would be odd. 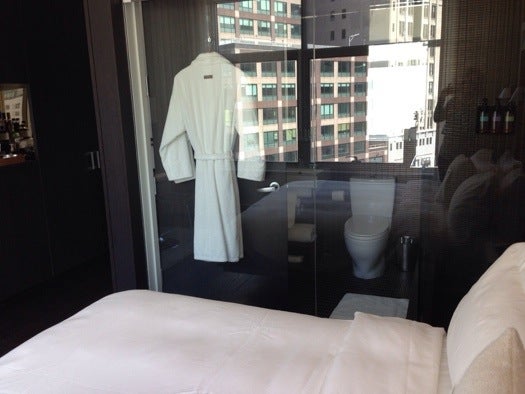 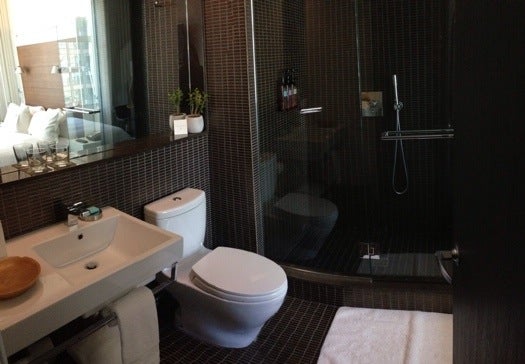 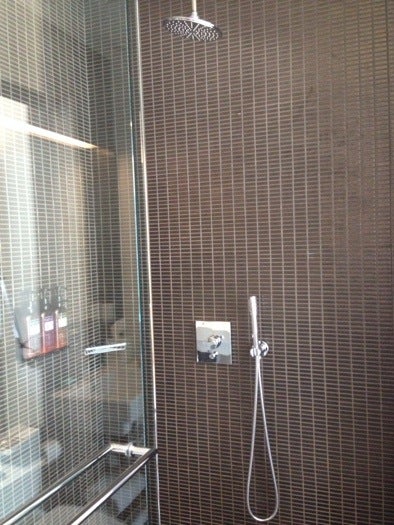 My only real complaint about the room was that there was a light over the bed that I absolutely could not figure out how to turn off.  I really don’t like it when hotels have such fancy or complex systems that they aren’t intuitive to a first time guest.  After a long day, I just wanted to turn out the lights and go to sleep, but after many failed attempts I ultimately had to call down and find out I needed to flip two (semi hidden) switches at once to turn off that light.  After chatting with some others at the hotel for the same event, it seems several had similar difficulties.  Please, fix that issue or at least have a note with instructions for those who are “light switch challenged” like me.

Otherwise sleep was good, even with the road noise that is common in NYC.  One very neat thing about this hotel is that despite it’s boutique nature, it seems to cater to families as well.  My kiddo wasn’t with me on this quick trip, but there was a list of all the family friendly offerings in the room that included:

They have a family suite available that combines a corner king studio and queen guestroom. It has a private foyer so you can go back and forth between rooms without having to enter the hallway.  The hotel also offers free WiFi to everyone, “triple distilled water in the room”, snacks such as pastries from Balthazar in the lounge, and even complimentary transportation in their car within a certain radius.  I can’t comment on any of those offerings from personal experience other than to say the WiFi worked just fine for me!

The James Hotel has several outdoor spaces throughout the hotel including a rooftop pool deck and bar called The Jimmy that seems to be pretty popular for drinks in the evenings.  There is also an on-site restaurant called David Burke Kitchen.

I really enjoyed getting to try out a slightly different type of property than I normally visit on this trip.  From a spot check, it seems rooms can often be in the $400 – $500 range per night, so while it was a nice one-night stay, I’m sure I will return to more points friendly options for most of my trips to NYC.  The James does participate in Stash Rewards (post on that program coming soon) and I have seen them available on Rocketmiles with a hefty airline mileage bonus for booking via that site.

Staying at The James in a neighborhood such as Soho almost made me feel like I was living in New York again, and that is a neat feeling that I don’t often get at the Midtown hotels we frequent.  I wouldn’t really want to stay with a family in the pretty small room I had for this visit, but if I was somehow able to afford a slightly larger room, this would be a super fun hotel to base out of for a New York adventure…just keep the screen down in the bathroom.

Summer Hull , aka Mommy Points, ran the Mommy Points site for families who want to travel more for less using miles and points for seven years. She now heads up a variety of special projects at TPG when she isn't exploring the world with her own two girls.
You might like
High airfare won’t keep travelers home this summer
News
4m ago
Alaska cruise deal alert: 5 amazing deals to book now for prime summer travel
Deals
13m ago
What happens when a baby is born in flight?
News
2h ago
Chase Sapphire Preferred® Card