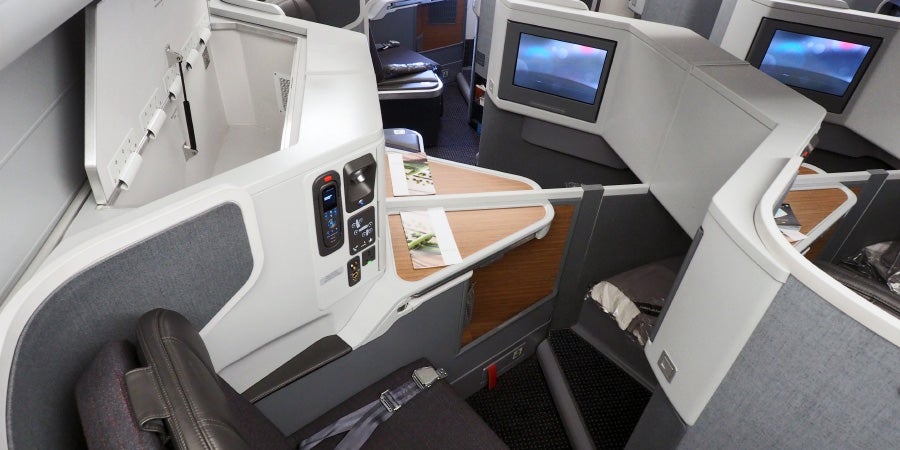 AA Offering Executive Platinum Status Match/Challenge to United 1Ks
This post contains references to products from one or more of our advertisers. We may receive compensation when you click on links to those products. Terms apply to the offers listed on this page. For an explanation of our Advertising Policy, visit this page.

Last week, we wrote about American's challenge for Gold and Platinum status, which requires a small cash co-pay, but is available even if you don't currently hold status with any other airline. Now, TPG reader Tony K. has shared a new opportunity to jump up to AA's top-tier Executive Platinum status, though you will need to have United 1K status (not Delta Diamond or status from any other airline) in order to participate.

If you're eligible, you'll receive Executive Platinum status instantly, and you'll have 90 days to earn 35,000 elite-qualifying miles (EQMs) on flights marketed and operated by AA, British Airways, Finnair, Iberia, Japan Airlines or Qantas in order to keep the status active through February 2017. Only EQMs earned from miles flown and fare-class bonuses will count, but thanks to AA's new earning scheme, EQMs are easier to earn than they have been in years past, particularly for bookings in business and first.

For example, the roughly 16,000-mile journey from Dallas to Hong Kong and back will earn more than 32,000 EQMs if booked in discounted business or first, or 48,000 EQMs on full-fare premium tickets. Unfortunately AA's new LAX-Sydney flight will come up a hair short, but you can add on something like SFO-LAX or SYD-MEL to bring you into qualification territory.

If you're looking to do this with a single trip, consider the routing above — New York to Dallas to Hong Kong and back in business class on the 777-300ER for $4,379 round-trip. You can earn Executive Platinum less expensively with flights booked in economy, of course, but you'll need to fly more miles in a considerably less comfortable environment.

Once you do earn Executive Platinum status, you'll be awarded eight systemwide upgrades (update: AA has clarified that you'll actually earn four systemwide upgrades, rather than the eight the airline previously confirmed), that you can use with economy or business tickets booked in any fare class on any AA-operated flight. Back in 2014, TPG valued Executive Platinum status at $8,100 (that value will be adjusted soon to reflect AA's 2016 program changes), and assuming you do plan to fly AA often, you can get that much value (and more) out of the upgrade certificates alone. Status granted through this match/challenge will be valid through the end of February 2017, so if you want to have Executive Platinum through 2017 as well, you'll need to qualify separately (though the miles earned as part of this challenge will count toward your 100,000 EQM total).

To get started with the challenge, call 888-697-5636 and request to sign up. Once you receive an email confirming the request, respond with your AAdvantage account number, phone number, date of your next AA flight, record locator (if you have a flight booked) and a scan or photo of your United 1K card confirming membership valid through the end of 2016, along with a screenshot of your 2015 year-end summary, listing all United qualifying miles and segments.

Thanks to TPG reader Tony K., who shared this news tip by emailing tpgtips@thepointsguy.com. We’ll be sending out a $200 Visa gift card as a token of our appreciation.
[card card-name='Chase Sapphire Preferred® Card' card-id='22125056' type='javascript' bullet-id='1']