Articles
Katherine Fan is a former senior travel features reporter at The Points Guy who covered everything from personal finance to travel and aviation.
June 27, 2019
•
3 min read 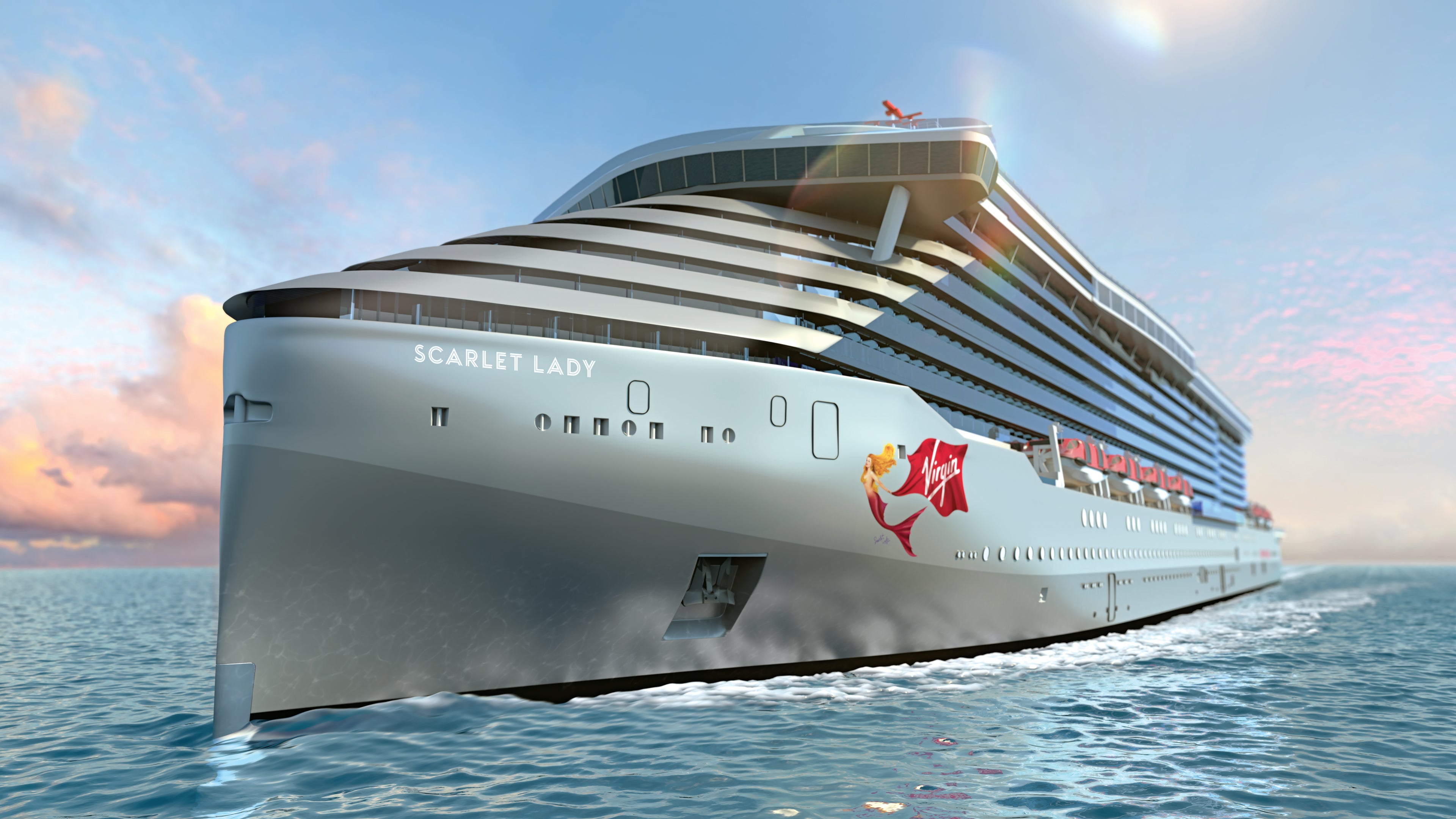 Virgin Voyages Is Celebrating Pride With a Custom LGBTQIA+ Voyage in 2020
This post contains references to products from one or more of our advertisers. We may receive compensation when you click on links to those products. Terms apply to the offers listed on this page. For an explanation of our Advertising Policy, visit this page.

The Scarlet Lady — the inaugural vessel from Sir Richard Branson's forthcoming Virgin Voyages cruise line — hasn't even taken to the high seas yet. But she's already preparing for next year's Pride Month in style.

The Scarlet Lady will host a custom seven-night voyage next May for LGBTQIA+ travelers, in partnership with the world's largest queer vacation travel brand, Atlantis Events.

As of now, details about the sailing are scant. The ship will depart from Miami on May 31, 2020, with stops in Key West, Cozumel and Costa Maya, Mexico. When the Scarlet Lady reaches Bimini in the Bahamas, guests will be able to visit The Beach Club, a top-secret, private destination exclusively for Virgin's so-called sailors.

While at sea, sailors can visit Squid Ink — the Scarlet Lady's onboard tattoo parlor — and belt out classic diva power ballads at The Groupie: the ship's Roman Coppola-designed karaoke lounge. There will also be plenty of time for cover-free parties at the two-deck club, The Manor.

"Virgin Voyages always has been, and always will be, an ally of diversity and inclusion — of all people,” Chris Stubbs (who is the senior director of sailor experience and also the leader of LGBTQIA+ advocacy for Virgin Voyages) said in a statement on Wednesday.

But since that ship won't sail until next year, Branson and the Virgin Voyages team will be partying it up on land at the massive WorldPride celebration in New York City this weekend. On Saturday, June 29, keep an eye out for the mobile party, which will depart from Boxers on 37 West 20th St. at 3pm, and feature live acts and drag shows as the double-decker Virgin Voyages Pride bus stops at the most popular LGBTQIA+ destinations in the Chelsea neighborhood of Manhattan.

Interested in celebrating with Branson, Atlantis CEO Rich Campbell and an impressive line-up of special entertainers (think: drag performer Ginger Minj)? Just jump onboard the disco bus and paint the city red (or rainbow), pose inside the bus for the perfect "Do it for the 'gram" photo, and even score some free, limited-edition Virgin Voyages Pride merchandise. Long-distance fans can follow the fun via Virgin Voyages's Instagram stories, @VirginVoyages.

If the weekend festivities whet your appetite for more, reservations for the Virgin Voyages meets Atlantis Events cruise will go on sale in early July at AtlantisEvents.com.