Articles
Andrea M. Rotondo is director of content operations at TPG. She's trailed an orca pod from a skiff in Alaska’s Inside Passage, had an allergic reaction to a cheetah she met at a South African rehabilitation center and hiked the Borneo rainforest to glimpse orangutans in the wild — and she's written about it all.
Follow
June 18, 2019
•
3 min read 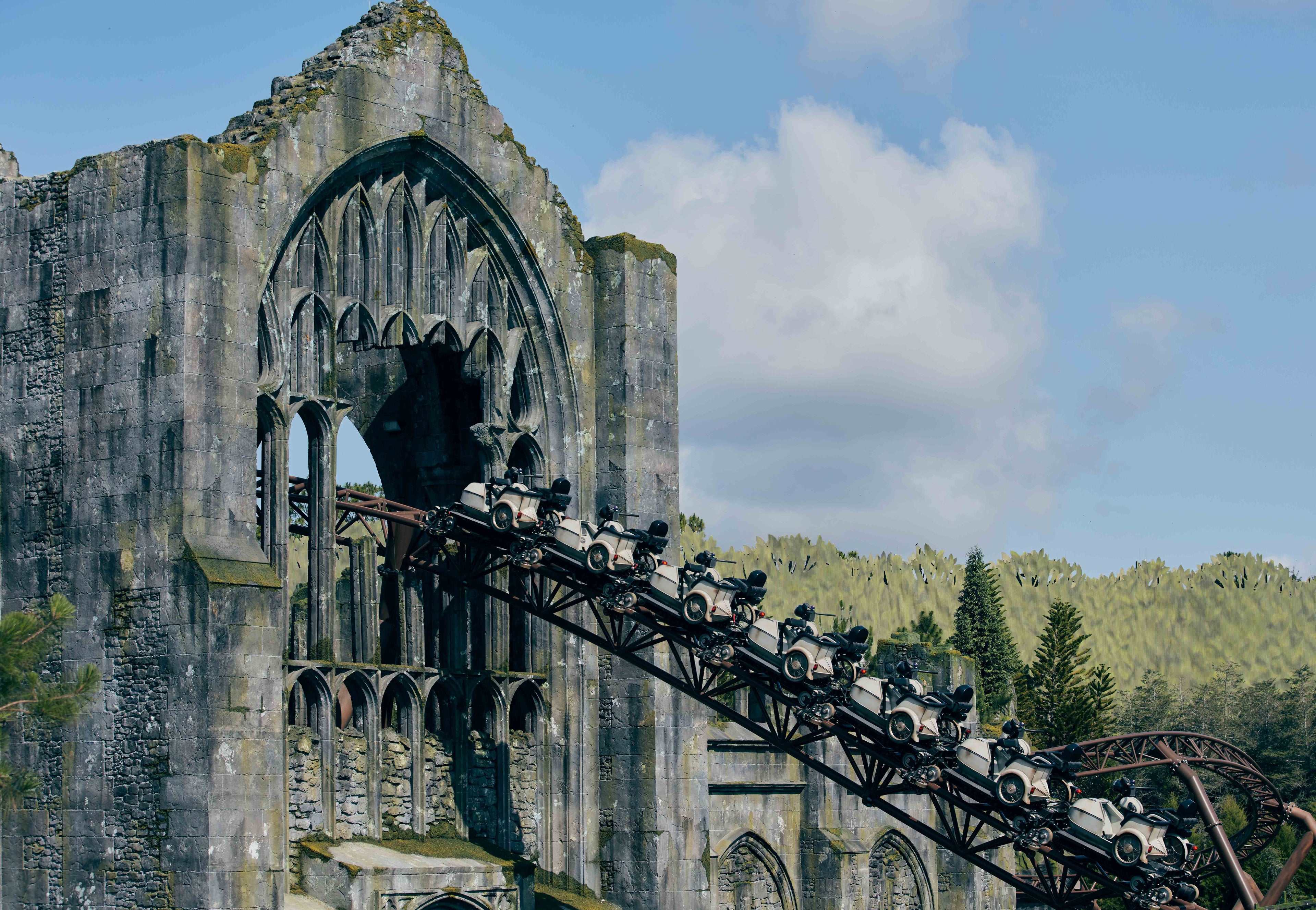 Bad News for Potter Fans: Universal Shortens Hours of Operation for Hagrid's New Roller Coaster
This post contains references to products from one or more of our advertisers. We may receive compensation when you click on links to those products. Terms apply to the offers listed on this page. For an explanation of our Advertising Policy, visit this page.

Harry Potter fans better pack some extra patience if they plan to head to the Universal Orlando Resort over the next few weeks to ride Hagrid's Magical Creatures Motorbike Adventure. The much-anticipated roller coaster opened last Thursday with wait times of up to 14 hours, which were sprinkled with intermittent weather and mechanical delays. Our own TPG reporter stood in line for 11 hours and finally gave up the ghost when another temporary ride closure was announced.

Long waits are to be expected whenever a new ride makes its debut at a theme park as popular as Universal, but standing in line all day for the opportunity to experience one ride is tough to justify. Everyone hoped the lines would be managed a bit better going forward but Universal just made an announcement that's sure to make it even tougher to ride this coaster: The attraction will open at midday for the next couple of weeks.

Universal says this is its "most sophisticated, high-performance ride system ever -- and our team needs time to take care of the ride's daily maintenance and technical support. It's been challenging for them to do that with our current operating schedule. So to make sure our team has the time it needs, we'll be opening the ride at midday for the next couple of weeks."

It's interesting to note that the theme park cites its operating schedule as a challenge. Surely Universal anticipated that parkgoers would expect this ride to be open when the theme park is. It's highly unusual for a specific ride to have extremely different operating hours than the park itself.

Guest are still paying hefty admission prices but their chances of getting a coveted spot on Hagrid's motorbike are now slimmer than before. And, this news is probably maddening for families or anyone that ponied up the extra cash to stay at an official Universal hotel in order to get into Hogsmeade early.

It's awesome that guests of Loews Portofino Bay Hotel, Loews Sapphire Falls Resort, Universal's Cabana Bay Beach Resort, Universal's Aventura Hotel, Hard Rock Hotel and Surfside Inn and Suites (when it opens on June 27) get early park admission to The Wizarding World of Harry Potter (one hour before the theme park opens to the public). But that perk certainly loses its luster if Hagrid's coaster doesn't open until later in the day. Of course those guests can still dash to be first in line upon entering the park, although they might be standing in line for quite some time without knowing the exact time the ride will open.

If you have a trip planned to try out this roller coaster, watch Universal's website closely for additional announcements. Also be sure to download the theme park's app, which should give up-to-date info on the ride's operational status on the day of your visit.

Universal Orlando may have misjudged interest in Hagrid's Magical Creatures Motorbike Adventure or perhaps the ride wasn't quite ready for prime time when it opened. Let's hope Universal's team resolves the issues and gets the coaster's hours of operation in line with theme park hours soon.