Articles
Jordan Allen has produced content for TPG on everything from travel trends to flight deals.
Follow
Oct. 21, 2018
•
6 min read 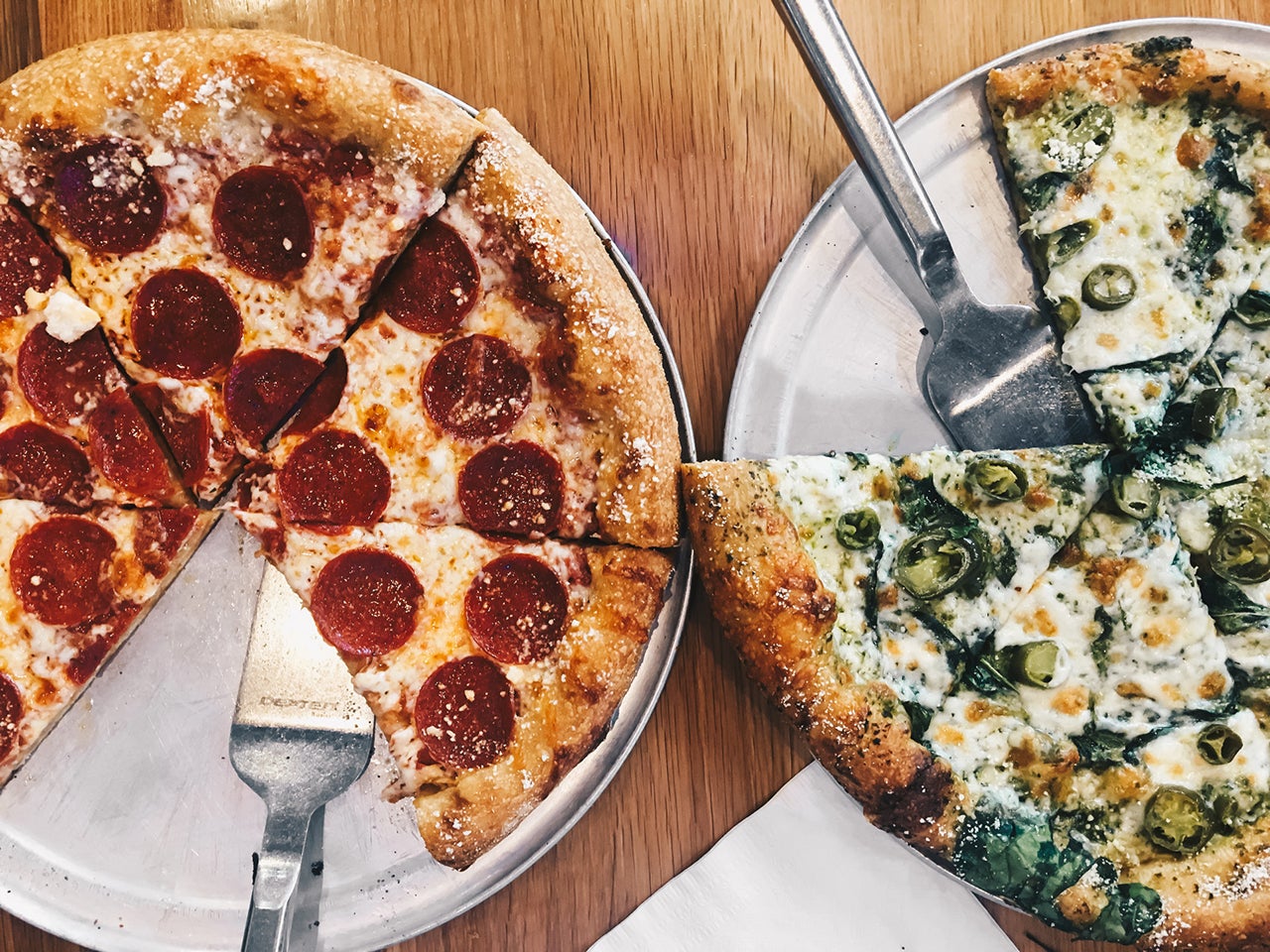 TripAdvisor Announced the Top 10 Pizza Restaurants and Everyone Is Freaking Out
This post contains references to products from one or more of our advertisers. We may receive compensation when you click on links to those products. Terms apply to the offers listed on this page. For an explanation of our Advertising Policy, visit this page.

New Yorkers, Chicagoans, you may want to sit down.

On Oct. 16, TripAdvisor released their list of the Top 10 Pizza Restaurants in the US for 2018. And Boston's Regina Pizzeria took the No. 1 spot. Known for The Giambotta (pepperoni with house sausage, salami, mushrooms, peppers, onions, basil and Mozzarella), the North End mainstay has a strong 4.5-bubble rating on TripAdvisor, with 70% of reviewers ranking it in the top percentile.

Close runner-ups were New York City's Bleeker Street Pizza (not to be confused with John's on Bleeker Street) and Modern Apizza of New Haven, Connecticut, which took third.

As should be expected, people of the pizza-loving community had a lot to say about the matter.

In the name of journalism, we needed to investigate. At the end of the day, this ranking only measures the tastes of people who use TripAdvisor. It is not a scientific evaluation of the quality of the sauce or the integrity of the crust. To give readers a more nuanced look at these top-rated pizzerias, we interviewed TPG staff, TPG lounge members and locals who know these pizzerias well.

Regina Pizzeria is receiving a lot of heat for its first place win — probably because it's not located in New York City, Chicago or New Haven. Another reason for the backlash is that people who live in Boston don't necessarily agree, either.

Most of the responses we received from Boston locals about Regina's were indeed positive, but very few agreed that it's the best pizza in America.

But many argued that Santarpio's and Ernesto's are superior.

New York City is oversaturated with outstanding pizzerias, hence why it won the "Top US Pizza City" title in TripAdvisor's companion ranking. (In a world that makes a bit more sense, Chicago took the No. 2 spot, followed by Las Vegas.)

Gotham is home to Joe's, John's of Bleecker Street (my personal favorite), Best Pizza in Brooklyn, Di Fara, L&B Spumoni Gardens, Emily, Lombardi's and the list continues. So what makes Bleecker Street Pizza the best? Is it a solid representation of a New York-style slice?

Opinions, generally, are all over the place for this one. For many, asking a New Yorker to choose the best slice in the city is like asking a parent to choose their favorite child.

TPG editor Sarah Silbert lived right by the spot on Bleecker Street and believes, though it might not be the obvious choice for New York City's best pizzeria, it's certainly close.

"I used to live on Bleecker Street and I would go there all the time. The Nonna Maria slice is amazing," said Silbert. "Unpretentious, simply good pizza."

Others think the omissions are just too egregious to forgive. "This list is a joke," said Paul C. "If L&B Spumoni Gardens in Brooklyn isn't on your list, [then] your list has zero credibility."

This is likely the least controversial spot on the list. I've personally eaten at Modern Apizza before (albeit because the line at Frank Pepe's was too long), but it was a really great experience. There was no wait, the pizza had the same crisp, charred crust that's standard for New Haven-style slices and the cheese was melty. Listen, I'm no pizza expert, but I had zero complaints. TPG Lounge members and Twitter users viewed Modern Apizza pretty fondly as well.

TPG reader Mary M. agreed. "Modern Apizza is fantastic. The crust is the secret. So good! We are lucky to live a short drive away. When we moved from New York City to Connecticut, we assumed pizza would be horrible. But there are several "Apizza" spots that are comparable, if not better," she said.

This is where things start to get a little bit dodgy. Of all the places in New York City, New Haven and even Boston that you could grab an award-winning, highly reputable slice of pizza, No. 4 on the TripAdvisor list went to a place in Austin, Texas.

However, even if Texas is known more predominantly for their barbecue and Tex-Mex, the people of Austin really stand by Home Slice Pizza.

TPG writer Katherine Fan stands by the Austin pizza spot as well. "Home Slice is one of my favorite pizza spots in Austin — and I'm not alone," Fan said. "I've tried most of the juicy toppings and flavor combinations on the menu, and keep coming back for more. I'm honestly not a huge pizza person, but I'm always down for Home Slice. I favor thin-crust pizzas, and this spot has some of the best I've ever had."

And here we have it: Alaskan pizza. Chicagoans were definitely angry about this one, if they weren't already seething before.

However, TPG editor Jane Frye has actually been to the Alaskan pizza spot. "The pizza was great, and the place was packed, which made the pizza even more delicious since we had to wait a while," said Frye. "Would I say it's No. 5 in the country? Probably not. But it's definitely better than you'd expect to find so far from the lower 48."

The top five pizza restaurants in the US, according to TripAdvisor, may have been controversial. But pizza connoisseurs felt just as perplexed by the rest of the list. The No. 6 spot was claimed by Juliana's Pizza, of Brooklyn, and followed by two Nashville pizzerias (Five Points Pizza and Joey's House of Pizza). Andolini's of Tulsa Oklahoma — yes, Tulsa — and Duetto Pizza and Gelato of Key West, Florida rounded out the list.

Whether you're going to make a pizza pilgrimage to try all the pizzerias on this list, or you've just been inspired to order delivery from your local favorite spot, be sure to score bonus points on your pie.

With the new American Express® Gold Card, card holders earn 4 points per dollar spent on dining. For people who prefer Chase Ultimate Rewards points (or eating pizza in Italy) the Chase Sapphire Reserve card comes in a close second, earning 3x points for dining in both the US and abroad.

Our points-obsessed staff uses a plethora of credit cards on a daily basis. If anyone on our team wouldn’t recommend it to a friend or a family member, we wouldn’t recommend it on The Points Guy either. Our opinions are our own, and have not been reviewed, approved, or endorsed by our advertising partners.
See all best card offers
Related stories
Guide
5 unexpected places that sell cruises
News
When does Southwest calculate Companion Pass points?
News
Amex Platinum and Amex Business Platinum shopping credits reset soon — why you should use them now
News
Delta unveils 8 new and expanded Sky Clubs coming in 2023