Articles
Caroline Tanner covers news and travel for TPG. She is a journalism graduate of Mizzou and Northwestern.
Follow
Nov. 29, 2022
•
5 min read 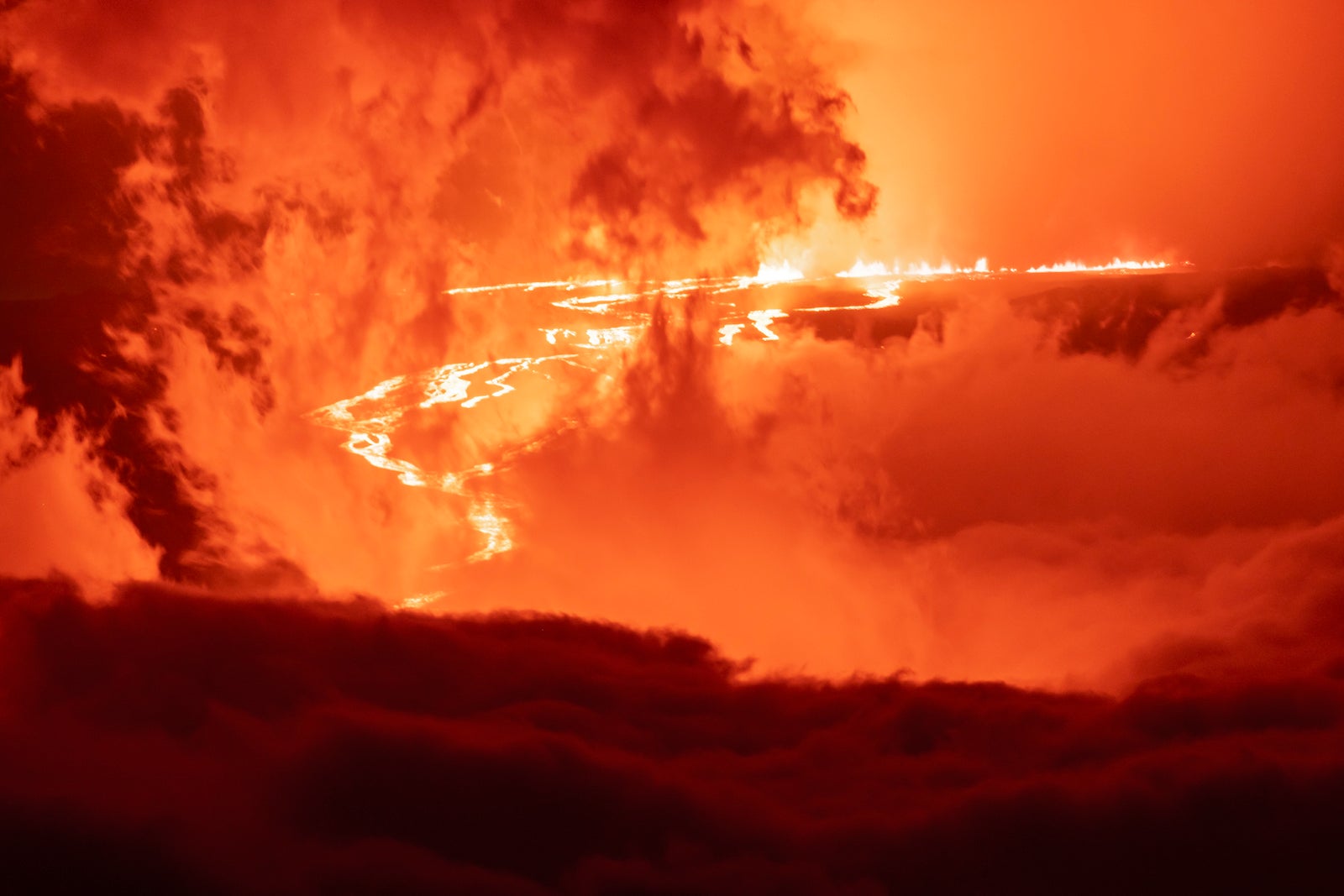 Although the world's largest active volcano, Mauna Loa, continues to erupt on the island of Hawaii for the first time in nearly 40 years, the effect on flights, hotels and cruises thus far has been fairly minimal. Of course, that could change. Here's what you need to know.

Can I travel to Hawaii?

Despite the state's Department of Transportation issuing a travel advisory Monday, warning passengers of flight disruptions out of both Hilo International Airport (ITO) and Ellison Onizuka Kona International Airport at Keahole (KOA), Southwest was the only airline to cancel several flights from ITO.

"We temporarily paused our operation at Hilo yesterday, and that canceled nine total flights (all interisland, all running between Honolulu and Hilo), and one more ran about an hour late," a Southwest spokesperson confirmed via email. "No other impacts yesterday or today."

Overall, flights in and out of Hilo were still operating as normal Tuesday.

"Our flights to and from Kona and Hilo have been operating as scheduled," a spokesperson said. "Guests are advised to check their flight status online for updates."

As of noon EST on Tuesday, ITO reported eight flight cancellations within the previous 24 hours, per FlightAware data.

Both airlines released travel waivers for passengers seeking to change upcoming flights to and from ITO and KOA free of charge. Those scheduled to fly Hawaiian Airlines from Nov. 28-Dec. 4 are eligible to reschedule their flight at no additional cost for the same city pair and cabin of the original ticket.

Hawaiian Airlines tickets must be rebooked by Dec. 4 for travel by Dec. 14. Alternatively, passengers can cancel their flight and receive a future flight credit expiring one year from the original date of purchase. No change fees will be charged, but a fare difference may apply.

Also on Monday, Southwest announced the opportunity for customers to rebook fights scheduled through Nov. 29 to or from any of the five Hawaiian airports it services — ITO, KOA, Daniel K. Inouye International Airport (HNL), Kahului Airport (OGG) and Lihue Airport (LIH). Southwest travelers can rebook for free in their original class of service or travel standby within 14 days of their initial travel date.

Cruises to the Big Island have been unaffected so far by the eruption, with upcoming visits from ships operated by Norwegian Cruise Line, Princess Cruises and Carnival Cruise Line still on schedule.

A spokesperson for Norwegian, which is by far the biggest operator of cruises to the Big Island, told TPG the line was monitoring the situation but that the eruption this week had had no effect on the line's scheduled visits.

Norwegian's 2,184-passenger Pride of America visits the Big Island ports of Hilo and Kona every Tuesday and Wednesday, respectively, as part of weekly Hawaiian Islands sailings out of Honolulu.

The sailings offer passengers a chance to visit Hawaii Volcanoes National Park as well as other Big Island sites.“The safety of our guests and crew remain our top priority," a Norwegian spokesperson told TPG in an emailed statement. "We are monitoring the recent geological activity of Mauna Loa on the Big Island of Hawaii and will make any adjustments as needed."

In addition to Pride of America, cruise ships scheduled to visit the Big Island in the coming weeks include Princess' 3,560-passenger Royal Princess and Carnival's 2,124-passenger Carnival Miracle.

In a typical year, cruise ships deliver more than 100,000 visitors to the Big Island.

"There is no reason at this time for travelers to change or alter their leisure or business plans," it said.

At this time, lava continues to exit Mokuaweoweo, the summit caldera of Mauna Loa, inside Hawaii Volcanoes National Park, per the U.S. Geological Survey Hawaiian Volcano Observatory. As of Nov. 29, Mauna Loa Road remains closed to vehicles from Kipukapuaulu and closed to pedestrians and bikes from the first cattle guard, extending to the summit caldera.

Otherwise, the main park areas remain open to visitors, per the National Park Service, which urges potential parkgoers to monitor the park website for further updates.

Even so, park and geological officials encouraged the public to stay away from the lava, warning of winds carrying volcanic gas and fine ash, per the USGS.

"I would just want to let our visitors know if you have planned a vacation or trip to Hawaii island, this eruption is no reason to change your plans," Hawaii Gov. David Ige told ABC News on Monday.

Despite this, be sure to check with your airline before heading to the airport for any upcoming flights to the Big Island.

This story will be updated as more information becomes available.

Featured image by ANDREW RICHARD HARA/GETTY IMAGES
Editorial disclaimer: Opinions expressed here are the author’s alone, not those of any bank, credit card issuer, airline or hotel chain, and have not been reviewed, approved or otherwise endorsed by any of these entities.