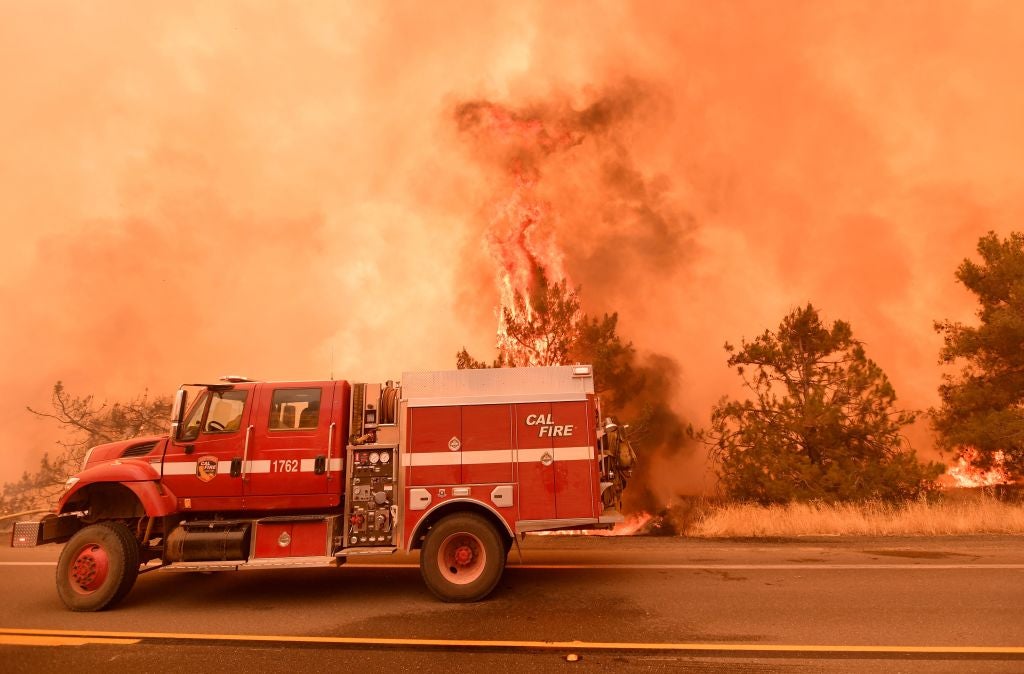 The wildfires scorching the West Coast have yet to give up. In Colorado, the blazes have already burned down more than 175,000 acres this season, according to the Denver Post, and the heavy rains have washed down barren landscapes, uprooted fire debris, and created mudslides and flash floods. The wildfire in California has reached across more than 44,500 acres since Saturday, and state officials mandated evacuations on Sunday in Yolo County. As these fires continue to grow, they're creating life-threatening environments. The wildfires have even caused parts of Yosemite National Park to close after the fire burned at least 14 square miles of forest along the western edge of the park so far.

In addition to the tragic events happening on the ground, the wildfires are affecting flights in and out of Aspen, CO (ASE) from now until July 28.

Airlines have released travel waivers to help travelers avoid these delays. As of publishing, here are the waivers that are active for Colorado:

The change fee may be waived if you:

Traveling to and from: Aspen, CO (ASE)

Flight changes: The change fee and any difference in fare will be waived for new United flights departing on or before July 25, 2018, as long as travel is rescheduled in the originally ticketed cabin (any fare class) and between the same cities as originally ticketed.

Traveling to and from: Aspen, CO (ASE)

Ticket must be reissued on or before: July 28

Rebooked travel must begin no later than: July 28

If you wish to cancel your trip as a result of a flight cancellation or significant delay (90 minutes or more), you are entitled to a refund for the unused portion of your ticket. Even if your flight is not canceled, you may make a one-time change to your ticket without fee if you are scheduled to travel to, from, or through the following destination(s) on Delta, Delta Connection®, or Delta-coded flights during the specified time periods listed below.