3 Kid-Friendly Restaurants in Savannah You Have to Try

Articles
Dia Adams contributes to TPG Family, writes The Deal Mommy, and is the mom of a teen and a tween. Her passion lies in teaching families how to travel more while keeping their savings and sanity.
Follow
April 18, 2019
•
6 min read 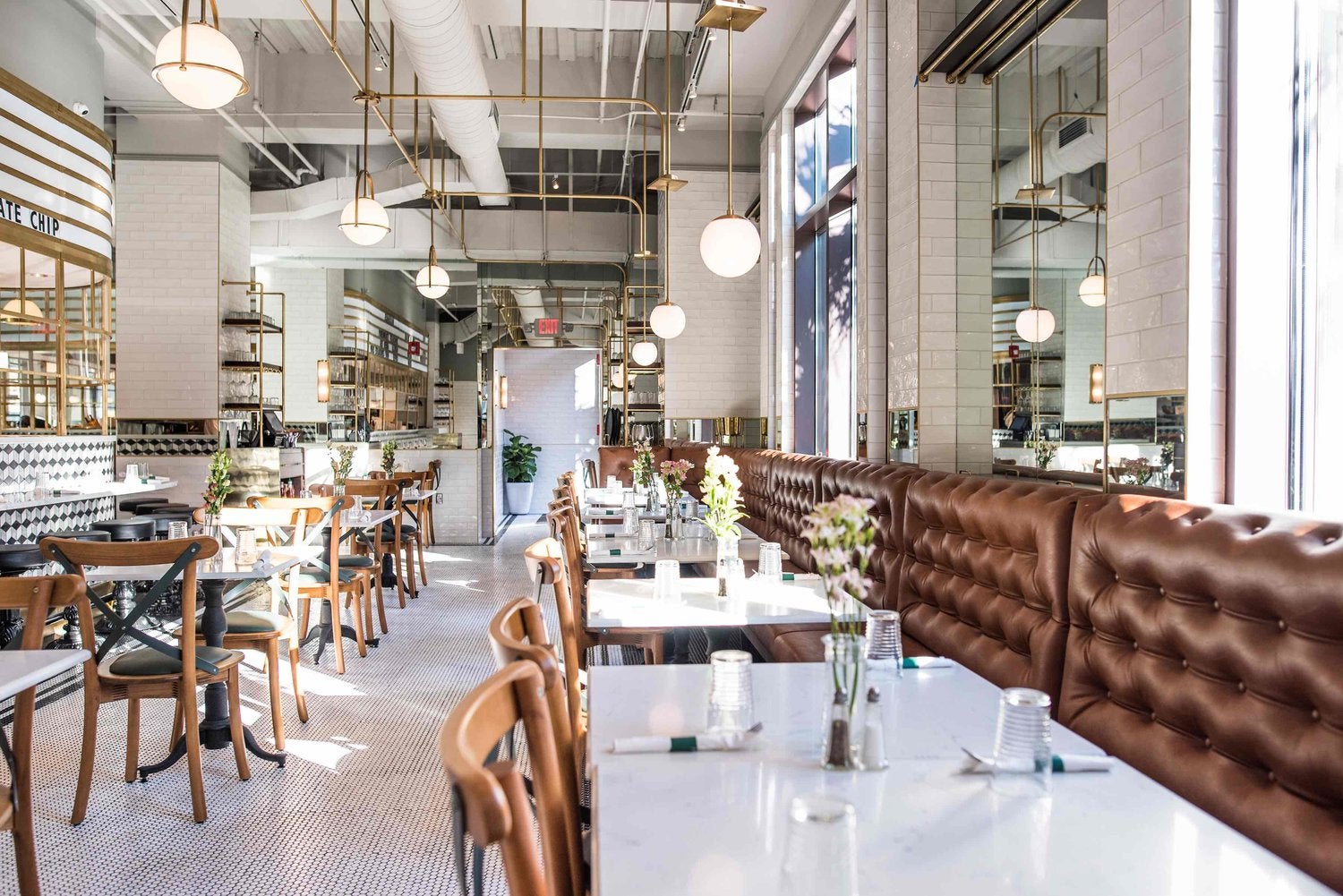 Savannah, Georgia, is a foodie paradise, but many picky younger eaters turn their noses up at haute cuisine.

Fortunately, on our last visit to Savannah, my 11-year-old daughter and I found three restaurants that satisfied both my wish for local cuisine and her wish not to have anything too spicy, shrimpy or saucy or in violation of any number of other her culinary no-nos.

We stumbled upon the Little Duck because of its location right next to the Andaz Savannah, where we were staying. (You can book a room with two queen beds with as few as 15,000 World of Hyatt points.) The Little Duck has made a big splash since its opening a couple years ago. As a nod to its name, a collection of rubber duckies that would make any Lufthansa first-class fan jealous adorn the restaurant.

You can order any number of diner standbys at the Little Duck, but it's really all about the grilled-cheese menu. Put away any preconceptions of grilled cheese that involve American cheese and Wonder Bread. Little Duck's grilled cheese sandwiches feature a mix of Havarti, Gruyere and cheddar cheeses and then add options that vary far and wide.

I had my sandwich with duck meat and caramelized onions added to the cheesy goodness, while my daughter went for what we call the "millennial": avocado, bacon and egg. We couldn't decide which was better. The only thing we did agree upon was that we needed to return.

About two weeks after we returned from Savannah, we had a visit from out-of-town family. They had driven up I-95 from Florida and stopped for lunch in Savannah on the way. Not knowing we had just visited, they raved and raved about the "best grilled cheese we've ever had." Without skipping a beat, my daughter asked, "Was it from the Little Duck Diner?" That's how good the sandwiches are.

Duck-Fat French Fries at Sandfly BBQ at the Streamliner

Sandfly BBQ is well-known to locals but is a bit outside the historic district, so we didn't see any tourists there. Sandfly is open from 11am "until we run out" Monday to Saturday, and it's down-home in the best possible way. It has two locations, but I'd head for the one at 1220 Barnard St., aka the Streamliner. The Streamliner is a converted rail dining car that just adds another level to the already atypical dining experience.

As the menu says, it's all in the name. Duck-fat french fries aren't exactly rocket science, but just visualize a huge steaming basket of crispy, savory, velvety and salty perfection for $5. My daughter and I finished one basket and considered ordering another one to go. The only reason we didn't is that they really need to be enjoyed fresh. The fries don't need any sauce but, of the ones we tried, we thought the mustard barbecue was the best complement to the rich duck fat.

When I asked for Savannah suggestions, every single contributor recommended Leopold's Ice Cream, a Savannah institution. It took us three tries to find a time when the lines weren't out the door. Even so, it was worth the effort.

While flavors come and go, many of Leopold's favorites date back to 1919. On our first visit, I devoured a scoop of lemon custard, one of the originals, while my daughter raved about the honey-almond-and-cream ice cream, which featured Savannah Bee honey.

Many take their ice cream in a cone and eat outside, but I'd recommend a handcrafted treat in the dining room. That's what we did on our second visit, which, if possible, we enjoyed even more than the first. My daughter's hot cocoa topped with peppermint ice cream was creamy, minty and chocolatey nirvana.

If you miss your chance in the city, there's a Leopold's parlor at Savannah airport, before security. If you're in a rush, there's also a Leopold's kiosk after security on the concourse. It doesn't offer every flavor but will suffice if you need a last-minute ice cream fix. My daughter and I grabbed two cones to enjoy on the flight home.

Where to Stay in Savannah

As I mentioned, we stayed at the Andaz Savannah, but there are a number of other points hotels to consider. On the swanky side, there are Marriott properties with rooms starting at 50,000 points per night, including The Bohemian Hotel Savannah Riverfront (Autograph Collection), The Alida (a Tribute Portfolio Hotel) and the Perry Lane Hotel (Luxury Collection Hotel). If you've got a 35k free-night certificate, look to the Westin Savannah Harbor Golf Resort & Spa. Alternatively, starting at 25,000 Marriott points per night, you can stay downtown in the historic district at a SpringHill Suites, Courtyard, Residence Inn or Fairfield Inn.

You don't need to curtail a foodie journey to Savannah because you've got a picky eater on your hands. You can find kid faves with a gourmet twist and ice cream that you won't forget soon. Putting a cherry on top of the experience, there are plenty of points-friendly hotels.

Related stories
Should you buy Marriott points with a 50% bonus?
5 secrets to getting a luxury cruise for less
Deal alert: Widespread Air Tahiti business class award space to French Polynesia
This no-annual-fee card earns 2% cash back on every purchase — and automatically applies your rewards
Featured image by (Photo courtesy of Little Duck Diner)
Editorial disclaimer: Opinions expressed here are the author’s alone, not those of any bank, credit card issuer, airline or hotel chain, and have not been reviewed, approved or otherwise endorsed by any of these entities.