Articles
Summer Hull , aka Mommy Points, ran the Mommy Points site for families who want to travel more for less using miles and points for seven years. She now heads up a variety of special projects at TPG when she isn't exploring the world with her own two girls.
Follow
Feb. 24, 2018
•
6 min read 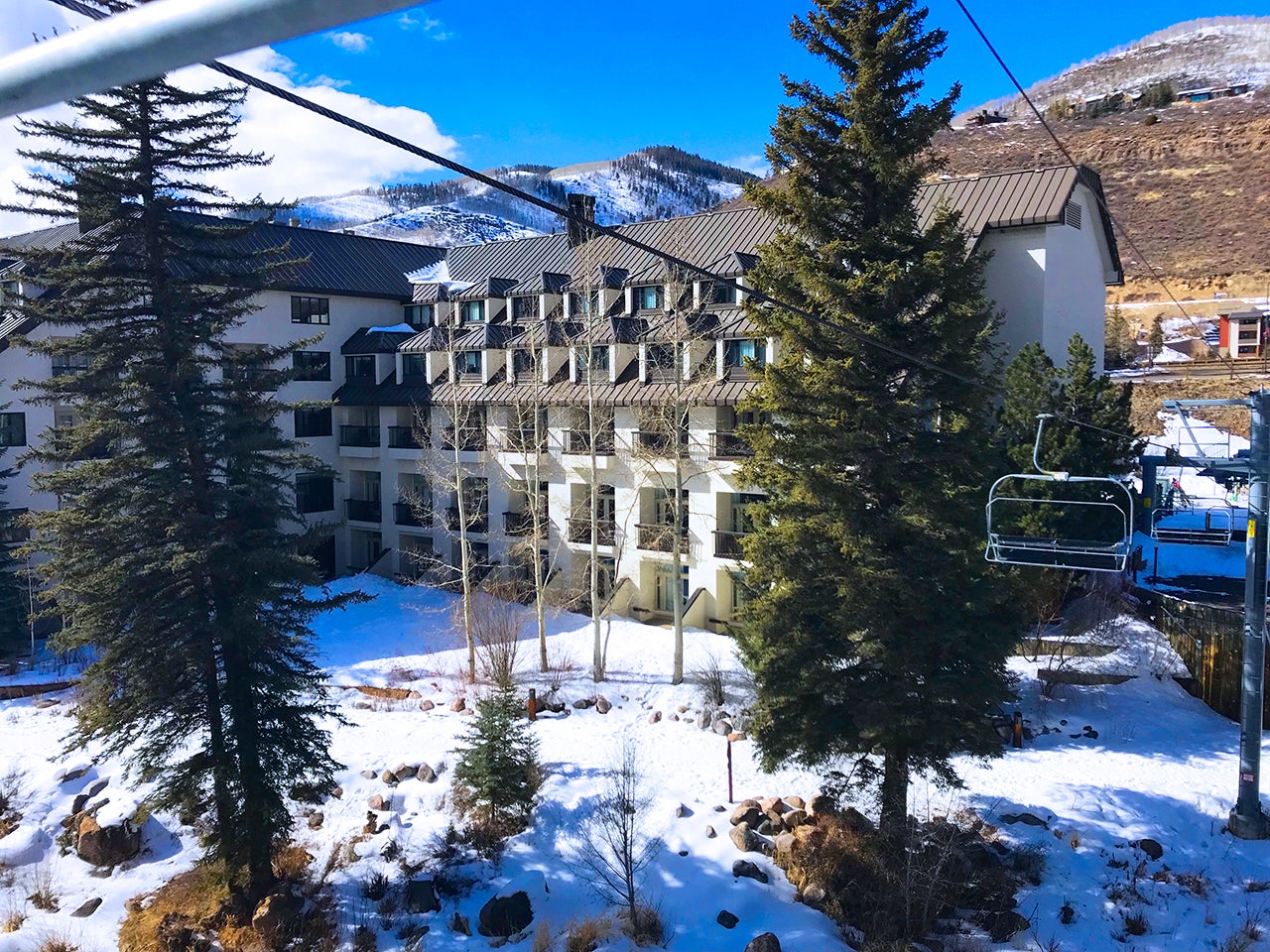 Using Miles and Points to Book an Affordable Vail Ski Trip
This post contains references to products from one or more of our advertisers. We may receive compensation when you click on links to those products. Terms apply to the offers listed on this page. For an explanation of our Advertising Policy, visit this page.

A couple of years ago the Vail Cascade announced that they were going to close up shop for a while to undergo a massive $60+ million dollar renovation and ultimately re-open as the Hotel Talisa, a member of the SPG Luxury Collection. This meant you could use your SPG points to stay in Vail, so I booked a room quicker than you could say #skioutlocation and looked forward to what would be my first time to actually ski at Vail. However, multiple construction delays happened, and the hotel pushed its grand re-opening back around a full year. This was a bummer, but the sadness didn't last for long as they offered those impacted a complimentary stay when the hotel did eventually reopen. This isn't free as in you are using points instead of cash, this is free as in just pay the $38 per night resort fee and you are good to go.

We booked our complimentary three-night stay for President's Weekend 2018 and patiently waited for the big day to arrive. The hotel ultimately opened its doors in November 2017, so it had a few months of operations since the re-opening before our mid-February arrival.

Using Miles to Fly to Vail

To fly to Vail and the Hotel Talisa, we used American Airlines miles to book a saver award directly into Vail Eagle (EGE) as soon as the booking window opened, about eleven months in advance. Vail Eagle is the closest airport to Vail located about 40 minutes from the hotel. I try to avoid flying into Denver to ski in the Vail Valley area as you never know how driving conditions will be in the winter. The only flight we ever legitimately missed was out of Denver after skiing in Beaver Creek as the conditions and traffic on I-70 can sometimes be less than ideal, making the drive much longer than expected.

While we booked directly with American and used 12,500 American miles for each ticket since we flew Houston to Dallas and then onto Vail, if we were flying just nonstop from Dallas to Vail, we could have used 7,500 British Airways Avios for each ticket on that nonstop flight, assuming American saver availability. Considering that flight is often at least $250 each direction, that is a stellar deal!

On the way home, we used 12,500 United miles each to fly home on saver awards from Vail to Denver, and then connecting to Houston. I contemplated spending some extra cash to switch to the nonstop flight from Vail to Houston when saver availability eventually displayed close to departure, but I ultimately kept our original itinerary. This ended up being the right call when weather delayed the nonstop flight to Houston.

Since it was just my oldest daughter and me on this weekend ski trip, we decided to book a shuttle service as opposed to renting a car that we wouldn't really use once we got to the hotel anyway since they have a complimentary bus to get you around Vail. As I have in the past, I booked our transportation to and from the Vail Eagle airport online via Colorado Mountain Express. My ticket was about $50 each way for a shared van to the Vail and Beaver Creek area, but kids 12 and under are only $2 each on this route, so overall it was a great deal!

A walk-up one-day adult lift ticket in Vail is $199. That is a mind-blowing amount for a day of skiing, but thankfully I did not pay that rate. Since I knew I was planning a couple of different ski trips this year, I used an Amex Offer to purchase a seven-day Epic Pass that I used a to ski a few days in Whistler and then on this trip in Vail. The per day cost with that pass is under $100 per day, which is a 50% savings over the walk-up rate in Vail. If you plan to ski more than a couple days at one mountain, you should really price out ski passes to keep your per-day lift ticket price at least somewhat reasonable. Next year, the Epic Pass will have a new competitor, the IKON Pass. Epic works at mountains such as Vail, Whistler, Breckenridge, Beaver Creek, Park City, and Keystone while IKON will work at Aspen, Snowmass, Copper Mountain, Mammoth, Deer Valley, and Jackson Hole.

You can sometimes score a free Epic Pass for kids, but I just used a discounted Ski With a Friend ticket from my Epic Pass to book the one day my daughter was not in ski school and instead was exploring the mountain with me.

Sneak Look Inside the Ski-Out Hotel Talisa in Vail

We used miles to fly to Vail, booked our ground transportation through Colorado Mountain Express, and used my Epic Pass to cover lift tickets, so next up is a look inside the luxurious Hotel Talisa. I already mentioned how we scored an almost free stay at this property due to construction delays, but going forward, the options to stay here are either paying the $500 - $800 nightly winter rate or using 20,000 SPG points per night for the Category 6 SPG property.

That is a massive number of SPG points, but frankly, this hotel justifies the rate. It was as nice as the St. Regis Aspen that goes for 30,000 - 35,000 SPG points per night, and the St. Regis isn't in nearly as good of a location for families as Hotel Talisa. If you booked a five-night award stay at the Hotel Talisa, the award rate would average out to 16,000 SPG points per night, which really isn't terrible compared to the going paid rates.

To get a good look inside the luxurious Hotel Talisa and at the available amenities, check out the video above! As always, if you can take a minute to like the video, leave a comment, or even subscribe to our little YouTube Channel, that would be great.

In the next post in this series on making Vail more affordable, I'll do a detailed written review of the property, but the sneak peek summary is that overall it is a very, very solid property with a few opening quirks. If you want to start saving up your SPG points now for a future ski trip at the Hotel Talisa, you can jump on the sign-up bonuses from the Starwood Preferred Guest® Business Credit Card or Starwood Preferred Guest® Credit Card. You can also purchase Starwood points at a 35% discount until March 16, 2018.

Have you already stayed at the Hotel Talisa? What did your family think?