7 Instagrammable Scary Haunts from Around the World 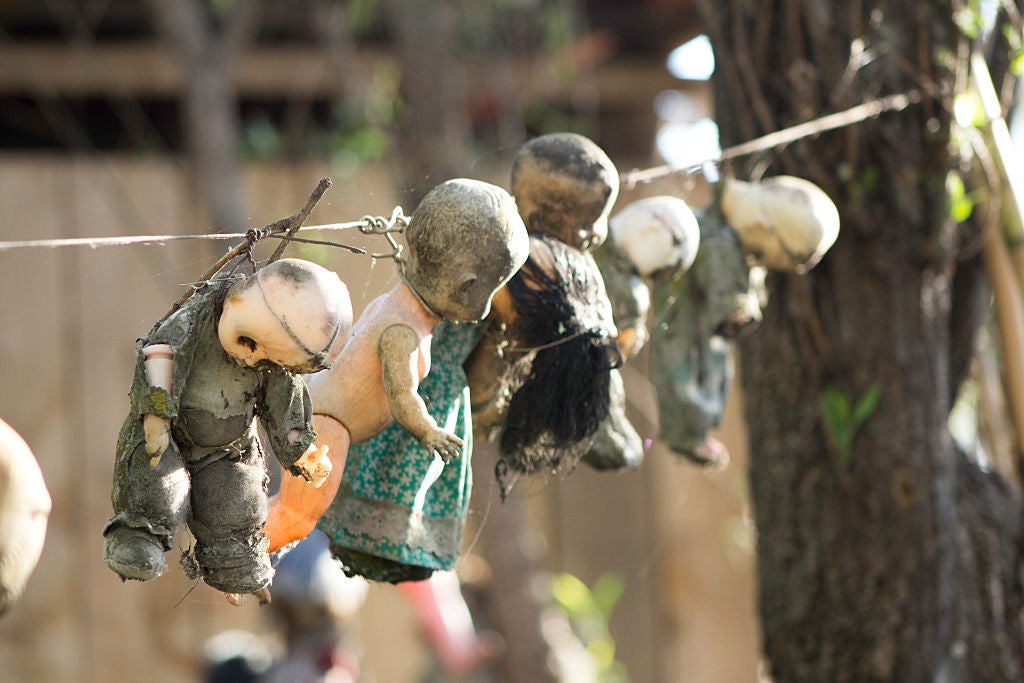 Halloween is that that time of year when everyone starts globe-spanning for ghosts and hauntings. This week, Google released a map of the most haunted places in America, making it that much easier for paranormal enthusiasts to seek out the scary. Many of these places are enveloped in tragic history, with ghostly lore passed down for centuries. We’re equally obsessed with all things haunted and scary, so we rounded up the most haunted places not only in the US, but in the world. Whether from the 16th or the 20th century, each of these locales has an interesting history with plenty of creepy sightings to see and share on Instagram. Here are our picks for 'gram-worthy scary haunts from around the world.

Nestled in the Carpathian Mountains lies the home of Bram Stoker’s fictional character, Dracula. The castle itself has been around for over 600 years, having been fully completed in 1388. Interestingly, it wasn’t until Bram Stoker’s horror novel, Dracula, was released that the castle become a haunted tourist attraction. The castle and the story of Dracula are said to be based on 15th century prince Vlad III, or Vlad the Impaler, ruler of Transylvania. It is said that Vlad was a ruthless ruler who had a sadistic habit of using stakes to impale his victims. Although there is no historical evidence that Vlad the Impaler resided in the Bran Castle during his reign of terror, the castle Bran is renowned for its infamous claim to haunted fame because of the prince. The castle is said to be haunted by its brutal medieval past with ghosts of soldiers, vagrants, German peasants and warriors roaming the halls. Tourists are welcome to tour the castle during the Hallow’s eve season.

Named one of the top haunted places in America by Time magazine, the Queen Mary ship attracts thousands of visitors every year. Constructed in the 1930s, the ship has a long history of transporting thousands of people along the Atlantic Ocean. But despite its historical significance in American history, this ship has many reasons to be deemed haunted. Over the past 60 years, the Queen Mary has been the site of at least 49 reported deaths. In 1971, the ship opened as a hotel where guests reported many paranormal happenings, from lights flickering on and off by themselves to heavy knocking on their doors. It is noted that there are nearly 150 spirits lurking upon the ship. Tourists today can get an up-close-and-personal tour of the ghostly ship.

The Sterling Opera House is one of the first major entertainment houses built in Connecticut’s Lower Naugatuck Valley. Opened in 1889, the opera house was home to renowned vaudeville and performers like actor Lionel Barrymore, escape artist supreme Harry Houdini and boxing champion, John L. Sullivan. Today, the 1,200-seat orchestra, which is protected by the National Historic Register, is said to be home to multiple spirits who are still seeking their big moment in the spotlight. Unlike other haunted places, there isn’t a specified tragedy associated with the supernatural occurrences in the opera house. However, it is said that the alleged spirit here might be Charles Sterling, the man for whom the structure is named, who died before it was completed. Take time to explore this 19th-century building and share a few pics to spook your Instagram followers on Halloween.

Poveglia Island, located off the coast of Venice, Italy, is one of the world’s most haunted islands in the world. Completely abandoned and isolated from the public, the island once served as a dumping ground for over 160,000 plague sufferers. In 1348, Poveglia was the burial site for thousands of people who had the Bubonic Plague. In 1922, a mental hospital was opened on the small island, where one doctor at the hospital tortured and killed many of his patients before he fell off the island’s bell tower, according to local legend. With a tragic past like this, it’s not surprising that Poveglia is believed to be haunted, attracting the attention of ghost hunters and paranormal investigators. Povegila Island is not open to the public.

Edinburgh is an exciting city with historical landmarks seemingly around every corner. A walk across the town is a journey through history — from Edinburgh Castle to St Giles’ Cathedral. But not all of Edinburgh’s history is on the city's surface: Below the ground, there’s a network of underground streets and abandoned houses that have been standing since the 17th century. Today, it’s said to be the site of many haunted sightings. The Close is rumored to be haunted by the ghosts of plague victims who couldn’t leave their homes during the outbreak in the summer of 1645; thousands of people died, and the spirits are said to still linger through the streets of Edinburgh. The Real Mary King’s Close opened as a tourist attraction in 2003 and visitors can now venture below Edinburgh’s thoroughfares to explore this forgotten, ghostly world.

6. Island of Dolls in Xochimilco, Mexico

If the most haunted cities above don’t give you the chills, this island in Mexico will. Located south of Mexico City lies La Isla de las Muñecas (island of the dolls): one of the most haunted tourist attractions in the world. Hanging from trees throughout the island, you’ll find thousands of decaying dolls, with severed limbs and blank stares. According to local legend, the island’s caretaker, Don Julian Santana, moved to the island in the 1950s where he discovered the dead body of a young girl who drowned in the canals outside of the island. Convinced that evil spirits haunted the island, Julian spent the next 50 years adding washed-up abandoned dolls throughout the canals as a tribute to the dead girl’s soul. Since the death of the caretaker in 2001, the island has become a popular tourist destination for ghoul seekers and ghost hunters. According to locals, the dolls come to life at night and eyewitnesses claim to have experienced potential hauntings, where the dolls whisper to each other at night; others who were near the island said the dolls beckoned them to come ashore. Although we don’t know what witness account is true, one thing for sure is that this island is a surreal sight for any Halloween experience.

Built in the 1930s, the Old Changi hospital located near Singapore's Changi Village was originally constructed as part of a military base for British forces. The military base was converted into a prisoner-of-war camp in 1942 and housed more than 50,000 prisoners. Its history is set on those souls trapped inside and — as if that wasn't scary enough — the hospital is also close to Changi Beach, where Japanese soldiers committed the Sook Ching massacre. Given the horrors the area has seen, it’s no wonder that the old Changi Hospital is abandoned and remains the most haunted destinations in Singapore.

Which haunted place will you be visiting next? Let us know in the comments below.