Grab a Bite at Some of the World's Best Airport Restaurants 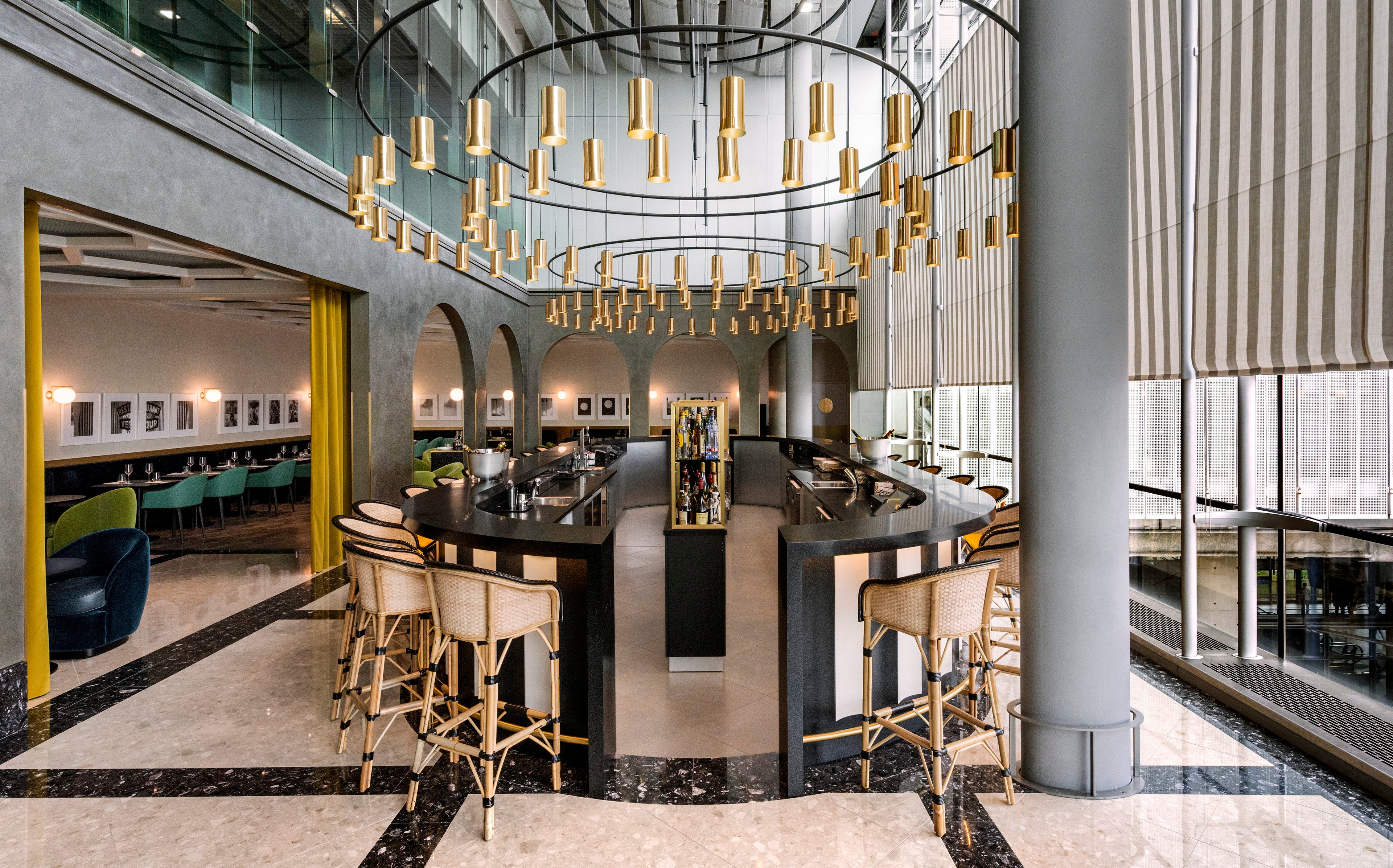 Yes, you read that correctly. And if trends in airport edibles are to be believed, that’s actually something to celebrate. Airport Restaurant Month is an in-transit take on the popular Restaurant Week events that take place annually in cities across the US.

This particular “foodie event” that celebrates airport dining comes courtesy of HMSHost, a $3 billion global operation that manages dining and food offerings at more than 120 airports and on highways around the world.

Soggy ham and cheese sandwiches and and rubbery pizzas? So 10 years ago. These days, it’s caviar, artisan pastrami and curated wine lists from star chefs like Gordon Ramsay and Michael Voltaggio.

“There are more upscale, diverse options today versus 20 years ago,” said Atousa Ghoreichi, HMSHost’s vice president of marketing and Airport Restaurant Month’s creator. “We were among the first to bring national brands into airports to meet culinary trends happening on the street.”

The mix you see in airports today — hyperlocal brands mingling with globally dominant brands — reflects the somewhat contradictory tastes of travelers, Ghoreichi told TPG. “When we survey travelers, they desire a balance of local flavors and brands which allow them to experience the food native to that city,” she said. “But regional and national brands that people recognize, that bring predictability and consistency to the airport experience, are also strongly preferred.”

The type of terminal you’re transiting through also influences what the food options look like. “Is this a hub servicing quick-connections, a vacation destination, an international terminal? All of these factors help determine what brands and types of dining will be in demand in a certain area,” Ghoreichi said.

To help you celebrate in style, we’ve chosen some of our favorite airport eateries around the world:

Why: You could wait months for a table at The Fat Duck, Heston Blumenthal’s three-Michelin-star temple in Bray, England. Or you could land here before your next Heathrow flight, where Blumenthal’s hyper-British culinary artistry is on dazzling display at very fair prices.

What to order: The insane marmalade-on-toast milkshake at breakfast; superior fish and chips with mushy peas for dinner; salted-caramel nitro ice cream for dessert.

Why: There’s a reason Michael Voltaggio won season six of Top Chef, and much of it’s on display at this LAX outpost of his West Hollywood sandwich emporium. Superior breads and fillings elevate these above the conventional. Pro tip: Buy a second sandwich to savor at your final destination.

What to order: The New “Deli” sandwich with pastrami, curry mustard, pickles; the banh mi with pork shoulder, caramelized onion spread and bacon.

Why: It looks like any neighborhood joint, but this Narita branch of a fast-growing Tokyo chainlet serves superb sushi and sashimi that’s almost worth the trans-Pacific flight alone. Tuna comes from Tokyo’s famed Tsukiji Market, and exceptional rice serves as the base for the chef’s creations.

What to order: Nigiri sushi. Let the chef choose, but make sure to try the lush tuna, fat eel and the sweet, eggy tamago slabs — they’re massive here.

Why: The Toronto airport is not what you’d call soulful — except for meat master Zane Caplansky’s little corner of it. A onetime tech exec who started smoking pastrami in a Toronto tavern, Caplansky’s now the city’s most celebrated deli champion; you’ll find the same quality here as his two downtown locations and beloved “Bubby Doris” food truck.

What to order: The bagel with silky smoked salmon and cream cheese for breakfast; plump pastrami sandwich on rye for lunch/dinner.

Why: A longtime Hong Kong favorite, the Maxim’s group chose the airport for its first Cantonese eatery. Along with tourists, Chinese customers swear by this place, which pledges no MSG. Pictures make it easier to navigate the menu.

What to order: Charentais melon with Serrano ham; the regional beef tartare with fries cooked in beef fat.

Why: While it’s not easy to find — poor signage practically makes this spot a speakeasy — sleek Cadiz is worth the trouble, with simple, delicious tapas, well-chosen wines and even hearty breakfast options. Bonus: It’s operated by Dubai International Hotels, open 24/7, and even offers shower facilities.

What to order: Spanish chorizo in cider; fried eggplant with honey; toasts with Serrano ham.