9 Unexpected Places to Celebrate St. Patrick's Day Around the World 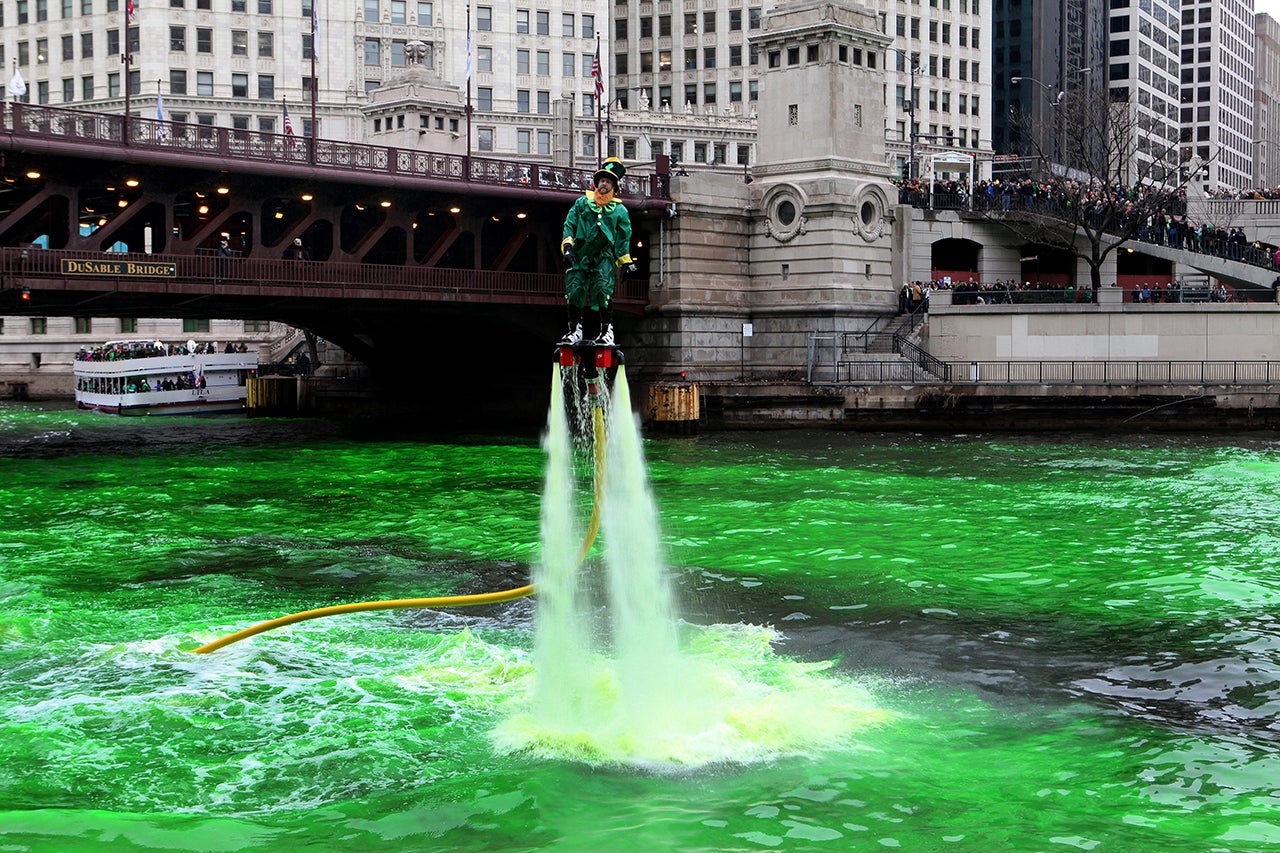 Situated about 4,000 miles from Dublin, you'll find a small Caribbean island with a surprisingly large St. Patrick Day celebration. Deemed the "Emerald Isle of the Caribbean," Montserrat is the only country outside of Ireland that acknowledges St. Patrick’s Day as a public holiday. Given the African and Irish roots, St. Patrick's Day festivities in Montserrat have a distinct and unique Caribbean blend. Expect a weeklong celebration which includes costume parades, a kite festival, calypso music concerts and of course, thousands of people flooding the streets with their green shamrocks.

If you're in the mood for an eventful St. Patrick's Day, look no further than London’s celebration. Beginning March 16, more than 100,000 people will partake in events across London. In fact, every single one of London's 33 boroughs partake in the St Patrick's Day celebration. Want a taste of Northern Ireland while in London? Browse the craft stalls or stop by one of the many Irish pubs and bars decorated in green for the occasion. Want to enjoy live performances by Irish acts and musicians? Head to the festival in Trafalgar Square. Regardless of what you choose to do, London is a popular destination for getting the best of Irish culture and arts.

With a local Irish community between 10,000 to 15,000 people, Belgium is one of the major European cities that celebrate St. Patrick’s Day.The Embassy of Ireland in Belgium leads St. Patrick Day celebrations throughout city. The festivities features grand celebrations: with dancing, colorful green and feasting and drinking. Even Manneken-Pis, the symbol of Brussels folklore even gets a costume to celebrate Saint Patrick's Day holiday.

If you're looking for a celebration stateside, venture to the city of Chicago for an all-out St. Patrick’s Day celebration. On Saturday, March 17, head to the Irish American Heritage Center for one of Chicago's biggest St. Patrick's Day celebrations. Look out for colorful floats, marching bands and Irish dancers throughout the streets. Rain or shine, the parade will happen and lasts about three hours. Thousands of people gather for the festivities, which also include the 50-year tradition of dyeing the river emerald green. Take your place along the banks of the Chicago Riverwalk between Michigan and Columbus early because it's only green for about five hours.

Tokyo kicks off St. Patrick's Day with the the biggest Irish event in Japan. Every year since 1992, the Irish Network of Japan, with the Embassy of Ireland, works to introduce Irish culture to the people of Japan. Growing in popularity ever since, the event now brings over 300,000 spectators together for a day-long parade, which will take place on March 18. There's also an "I Love Ireland Festival," which coupled with the parade, is known as Japan’s largest Irish event.

While Savannah is known as a romantic destination, it is also a great St. Patrick’s Day destination. Every year, more than 300,000 people flood the cobblestone streets of Savannah, from River Street, to City Market, to watch one of the largest St. Patrick's Day celebrations in the US. Revelers are in for a weekend of eating delicious food and drink, and tons of festivities. Plus, travelers can stop by Forsyth Park’s fountain to see the water dyed emerald green.

The St. Patrick’s Festival of Montreal is one of the longest running St Patrick’s celebrations in North America. Since 1824, this Canadian city has been channeling Ireland on St. Patrick's day with marching bands, bagpipes, floats and even a massive Saint Patrick. Organized by the United Irish Societies of Montreal, this year the parade will be moved from Sainte-Catherine Street to De Maisonneuve Blvd because of construction. Nonetheless, on March 18, patrons are expected to wear their shamrocks with pride, and turn the city green for a day.

Many think of Argentina as a place for carnivals, but it's also a place known for its St. Patrick's Day fun as well. St. Patrick's Day is actually a week-long celebration in Buenos Aires, which boasts plenty of music, food and dancers. The celebration is one of the largest St. Patrick’s Day celebrations in South America. At the heart of the celebration is a festival known as Fiesta de San Patricio. Patrons fill the streets with vibrant music and dancing. Like so many other places across the world, expect lots of live Irish music and traditional feasts to ring in the Irish spirit.

Related stories
Don’t forget: You have one month to use up your Uber Rewards points
You can earn Southwest points with the Rapid Rewards Dining program: Here's how
Fly premium economy to Istanbul starting under $1,000
Now live: Chase Freedom cardholders can earn 5% back on PayPal and Walmart purchases this quarter
Featured image by Getty Images