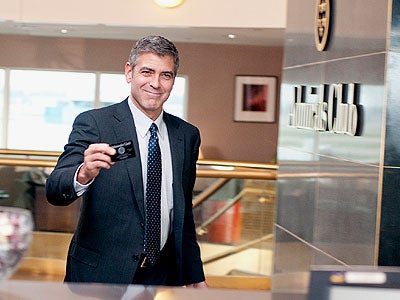 Airline and Hotel Invitation-Only Elite Status
This post contains references to products from one or more of our advertisers. We may receive compensation when you click on links to those products. Terms apply to the offers listed on this page. For an explanation of our Advertising Policy, visit this page.

We've covered elite status at various airlines and hotels, including series on American, Delta, United and US Airways, as well as hotel-program comparisons, and the ways in which airlines try to one-up each other's elite strategies, but have you ever wondered if there's something more elite than elite? Like the black card of hotels and mileage memberships, there are invitation-only elite statuses that give you carte blanche to a whole world of travel perks that aren't made available to the general public - or even other elites.

American Airlines Concierge Key: This is an unpublished status for American's super top-tier elites who also spend a lot of money on the airline. You might recognize the title from Up in the Air when George Clooney pulls out a graphite card and Vera Farmiga says she thought it was a myth. Most Concierge Key members note that the special recognition doesn't include any tangible benefit above and beyond Executive Platinum status (for instance, there are no additional systemwide upgrades), but that sometimes they are offered special ground services like a personal customer service rep, personal escorts when making tight connections and that that airline seems to be more proactive about protecting them when irregular operations such as flight delays and cancellations occur. There is extremely little information about how Concierge Key status is awarded and it seems to be a byzantine calculus of miles flown, revenue generated and how high profile you are. The general consensus, however, is that you need to be an Executive Platinum for several years and tend to spend about $50,000 a year on American flights. FlyerGuide also notes that Concierge Key comes with two additional SWU's, but we did not find any substantiating sources to corroborate that information.

Delta 360: Delta launched this new status above their top-tier Diamond level late in 2013. Details are still scant, but benefits supposedly include fast-track dedicated customer service, priority check-in with special facilities, assistance with connections on the ground including Porsche service in Atlanta, and proactive monitoring of itineraries and rebooking in the case of irregular operations on the day of travel.

United Airlines Global Services: Probably the biggest and best-documented of the invite-only airline elite status tiers, United constantly refers to it on their web site and you might have heard gate agents announcing pre-boarding for Global Services members, but the benefits are largely unpublished. However, Global Services membership is offered by invitation to select customers based on the revenue they generated in the previous year. So this status is offered to those who are already 1K Premiers that often purchase first, business, and full-fare economy tickets rather than discounted economy fares. Benefits include upgrade priority over all other elites and admission to the First Class lounges. In fact, the Wall Street Journal reported that Global Services members were being invited to exclusive events and shuttled to connecting flights in Mercedes as well.

Air Canada VIP: There was no official announcement a few years back when Air Canada flyers started spotting new luggage decals in black with white lettering that simply said VIP on them, but they confirmed the existence of the airline's new invitation-only super elite frequent flyer system. This one seems to be aimed at flyers who might not qualify for top-tier elite status on their own but are responsible for sending lots of money Air Canada's way - such as the CEO of a company whose travel department uses the airline as its primary carrier. Benefits seem to mimic those of top-tier Altitude status and include things like priority boarding and baggage services, upgrades and more.

Emirates Invitation Only: Perhaps the most secretive of the invitation-only elite statuses out there, we only find a very few references to it at all, and most of the information comes from this Australian Business Traveller post, which details perks like hand delivery of the membership card, matching luggage tags and a Mont Blanc wallet by a senior Emirates executive, guaranteed business class seat availability with chauffeur pick up and drop off services, a personal travel manager who always answers calls within a few rings by name. Qualification details are equally sparse, but it is thought you need to fly at least 50 business or first class flights a year even to be considered.

Hilton Preferential Gold VIP: There hasn't been much information out about this invitation-only status lately, but it is apparently still around and is offered to decision-makers with key Hilton corporate accounts (like CEO's or corporate travel bookers) who are nominated by specific properties and GM's. Per this old FlyerTalk thread, here's how it works:

48 Hour Guaranteed Reservations Availability -- Preferential Gold VIPs are guaranteed accommodations when booking more than 48 hours in advance of their intended arrival (i.e., before Midnight Local Hotel Time, 2 days prior to requested arrival date), and guaranteeing the reservation with a valid accepted credit card. The reservation will be subject to the hotel's prevailing rate for the accommodation requested.

Hyatt Courtesy Card: This program has been around for a while and there are reports that only between 500-2,000 people worldwide are offered it each year. Supposedly it is awarded to top-tier elites who generate business and revenue not only on an individual level, but on a group level as well (think CEO designating Hyatt as the chain of choice for employee travel) and who is likely to influence loyalty numbers and business in the future. As with the other statuses on this list, benefits vary but seem to tend to include personalized recognition upon check-in, dedicated customer service, and suite discounts and prioritized suite upgrades.

Intercontinental Royal Ambassador: TPG enjoyed this status himself back in 2011. Here are his notes on the process of being invited to Royal Ambassador status, and the perks (the most notable of which was the unlimited free minibar).

To become an Ambassador (enrollment page), all you have to do is fill out a form and pay $200. In turn, you get:

There are two ways to become a Royal Ambassador:

Marriott Platinum Premier: This is Marriott's top-tier invitation-only level, and per members on the Marriott Rewards Insiders blog, to qualify, you must be in the top 3% in terms of stays/nights in a given year to be invited, and you also must have stayed at least 125 nights per year for 3 years in a row leading up to it, though that has been scaled down to 100 nights per year according to some members. Per this thread, benefits include dedicated special customer service and prioritized upgrades, but nothing codified or standardized as far as we can find.