Articles
Emily McNutt is The Points Guy's Global News Editor and is based in London.
Follow
April 13, 2018
•
5 min read 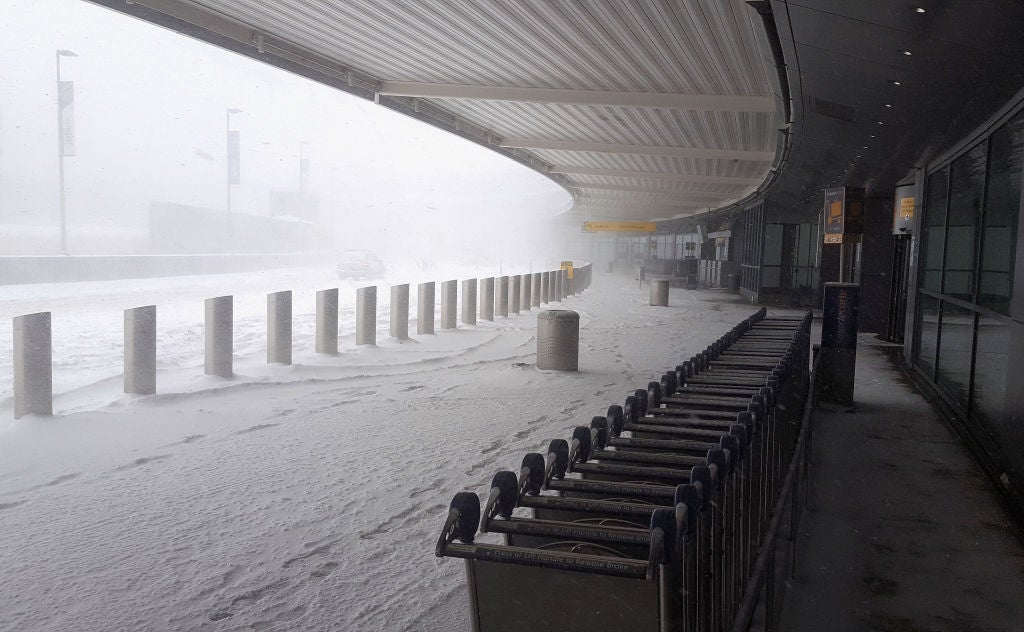 Yes, it may be April 13, but that isn't stopping Mother Nature from inflicting parts of the upper Midwest with a severe winter storm. In parts of the northern and central Plains, blizzard warnings have been issued, with some areas potentially picking up more than a foot of snow.

Winter Storm Xanto will make its presence known with blizzard conditions and potentially some ice. In a tweet, the National Weather Service Twin Cities said: "This may be an historic storm if the current forecast pans out," with the city expecting 8-15 inches of snow and freezing rain.

From Friday through Sunday the region is expected to face the brunt of the storm before reaching the Northeast by early next week. In light of this late winter storm, airlines have taken to issuing waivers extending through much of the region.

Remember, if you can’t delay your itinerary, airlines aren’t going to be responsible for paying for your meals or hotels in the case of weather-related delays/cancellations. But some top cards have flight delay/cancellation insurance that will reimburse you for weather issues, including the Chase Sapphire Reserve ($500 per ticket for 6+ hour or overnight delay) and Chase Sapphire Preferred Card ($500 per ticket for 12+ hour or overnight delay).

As of 9:00am ET Friday, here are the travel waivers covering this storm:

No waivers (yet) from: Alaska, JetBlue, Virgin America.

Related stories
Are dogs allowed on cruise ships? These are the cruises that allow pets
Monthly checklist: Credit card perks and benefits you should be using in December
Maximize your seasonal spending with these 5 credit cards
Always wanted to own a giant cruise ship? Here's your chance
Featured image by Rebecca Butala How