Wildfires Are Scorching Europe From Greece to Sweden 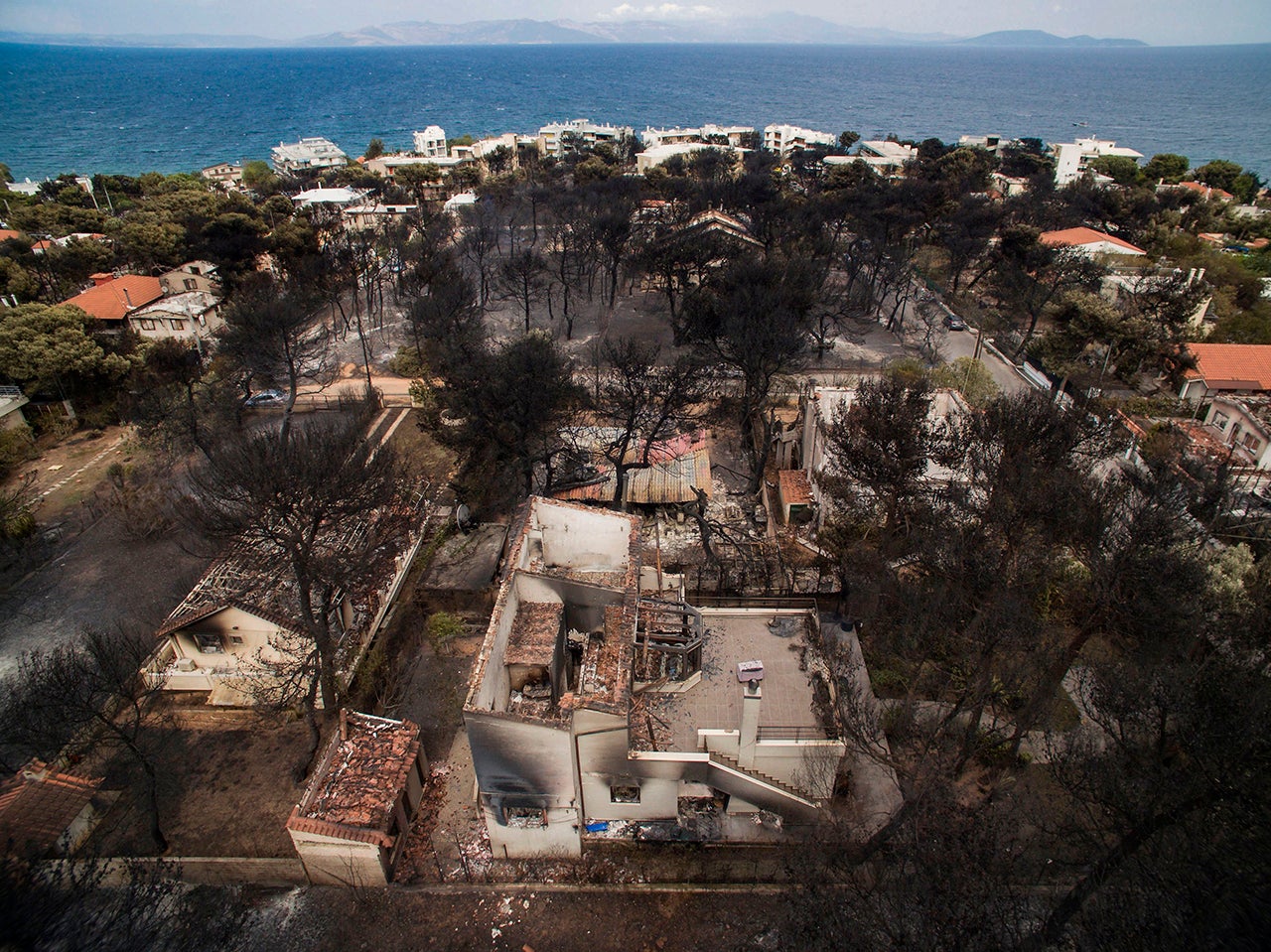 Wildfires Are Scorching Europe From Greece to Sweden

At least 74 people have died since wildfires began sweeping across Greece on Monday, according to officials. Nearly 200 people have been injured.

The fires, which originated near Athens, have driven tourists and residents to flee the capital city and nearby areas, including the island of Crete and the resort villages of Mati and Kineta (primarily popular with Greek vacationers). Reports from the area described a chaotic scene — a breakneck blaze swallowing entire towns and forcing people to leap into the Aegean Sea to avoid the flames.

Anthony Grant, a TPG contributor based in Athens, said Athens proper is largely unaffected, "except for smoke pollution."

"It's the seaside areas in the Attica region, about 25 miles out from the center of Athens, that have been really hard hit," he said. "They were totally unprepared."

"Today," Grant said, "the focus is on the human tragedy, particularly in Mati where the wreckage resembles something like the eruption of Vesuvius at Pompeii — absolutely, completely heartbreaking."

Though Grant said Athens International Airport (ATH) is operating normally, travelers scheduled to fly to, from or through Athens in the coming weeks may be able to adjust their plans, as airlines have begun to issue change fee waivers.

American Airlines and British Airways flights scheduled to fly to, from or through Athens, for example, may be eligible for an itinerary change. United is also waiving change fees and any difference in fare for flights to, from or connecting through Athens between July 24 and July 29 (rescheduled travel must be taken on or before August 4). At this time, Delta Air Lines has not announced any travel waivers for flights scheduled to enter Athens airspace.

Though wildfires are not uncommon during the nation’s hot summers, this has already been the deadliest season in more than a decade — the result of a blistering heat wave and drought that has been scorching Europe since early June.

The Weather Network, for example, reported that the United Kingdom has been enduring the driest summer in modern history, with little rain and a heatwave expected to continue into August.

And last week, in Sweden, wildfires were reported as far north as Swedish Lapland, a popular tourist destination for travelers chasing the the midnight sun. According to The New York Times, more than 50 individual fires were recorded across the nation — some of them, more severe than any others in over a decade. Nearly a week later, and those wildfires continue to burn.