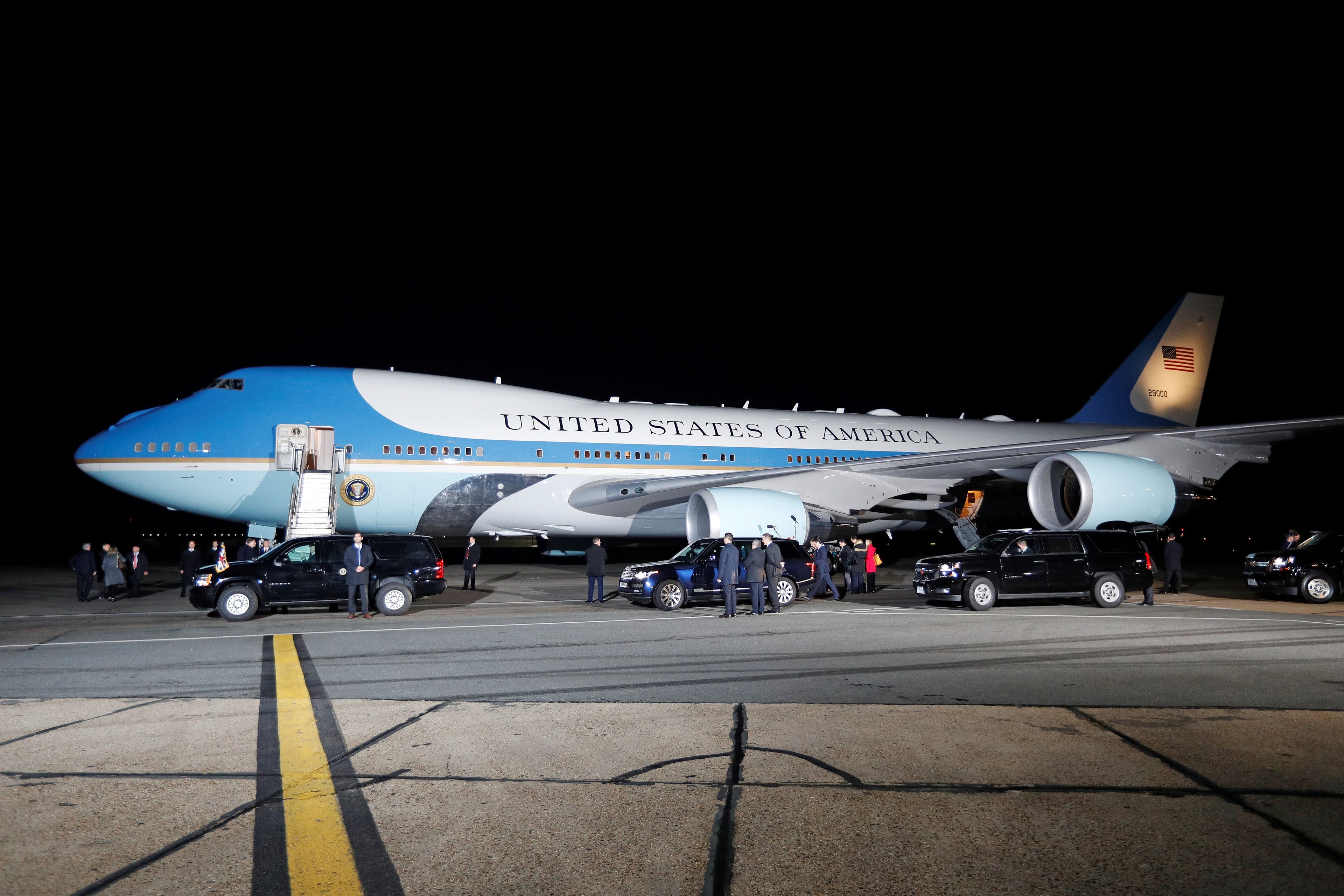 Why President Trump flies into London's low-cost airport, Stansted
This post contains references to products from one or more of our advertisers. We may receive compensation when you click on links to those products. Terms apply to the offers listed on this page. For an explanation of our Advertising Policy, visit this page.

What was President Trump doing Monday night on the tarmac of Stansted Airport, the low-cost-airline hub 40 miles northeast of London? Certainly not boarding a Ryanair flight. He had just landed there for the 29-country NATO summit beginning Tuesday.

Although best known as an airport serving primarily low-cost airlines — it is, in fact, Ryanair’s busiest base — STN is no stranger to the business of welcoming Air Force One and the U.S. presidents it transports.

This is the third Stansted landing for U.S. President Donald Trump and First Lady Melania after their four-day visit to Britain in summer 2018 and again in July 2019. Barack Obama also used Stansted on three separate occasions during his presidency.

But, of all London airports, why Stansted?

But, while RAF Northolt’s 5,500-foot runway is enough for the Queen's relatively small BAe-146 jets, it would be too short for a fully loaded Boeing 747 (or, in this case, its VC-25 version, designated as Air Force One when the president is on board). It wouldn't be enough either for the rest of the President’s flying entourage, which includes a replacement presidential plane and a number of support planes.

In the past, as many as five helicopters were also flown in advance from the U.S. on military cargo planes. One of them, designated as Marine One, flies President Trump into Central London.

“The US government regularly uses Stansted, not just for the arrival of Air Force One”, Mark Davison, press officer at Stansted Airport, explained to The Points Guy U.K. “The flight is accommodated on the northside of the airport at one of the private operator terminals, so has no disruption on the main passenger terminal. The airport has good access to the motorway network, so support vehicles can easily and quickly be on the road to London, as well as being within flying distance to the capital for Marine One”.

Stansted also has spare capacity, which minimizes disruption in such exceptional occasions. When President Trump flew in on Monday, a short freeze on flight operations was implemented. Surprisingly, and according to Stansted Airport sources, this circumstance had a rather limited impact on the normal operation of the airport.

To put things in context, when President George W. Bush flew into heavily congested Heathrow in 2008, the airport saw 63 cancelled flights and hundreds more suffered delays of 30 minutes or more.

The U.K. Prime Minister sometimes uses Heathrow when on long-haul trips. On such occasions, the aircraft used is a RAF Voyager, a version of the Airbus A330 MRTT that can fulfill a dual role as air refueling tanker and VIP transport. But the logistics involved are more modest compared to those of a US President.

Air Force One is set to remain at STN for the duration of Trump’s visit, with Harrods Aviation taking care of it. The location of its facilities, which are on the other side of the airfield from the main passenger terminal, means that most regular passengers might not even realize the 747 is there.

Our points-obsessed staff uses a plethora of credit cards on a daily basis. If anyone on our team wouldn’t recommend it to a friend or a family member, we wouldn’t recommend it on The Points Guy either. Our opinions are our own, and have not been reviewed, approved, or endorsed by our advertising partners.
See all best card offers
Related stories
News
Delta upgrades 4 of its newest transatlantic routes, bringing big growth to NYC, LA
Guide
These are the 15 best spring break destinations to visit this year
News
Southwest Airlines offers expanded family boarding ages on some flights
News
You can now use Aeroplan points for Emirates first class, but it isn't cheap