Articles
Max Prosperi is a part-time frequent flyer and travel writer and full-time student. Based in St. Louis, Missouri, Max covers a variety of topics with a focus on points, miles, and aviation.
Follow
Nov. 18, 2018
•
7 min read 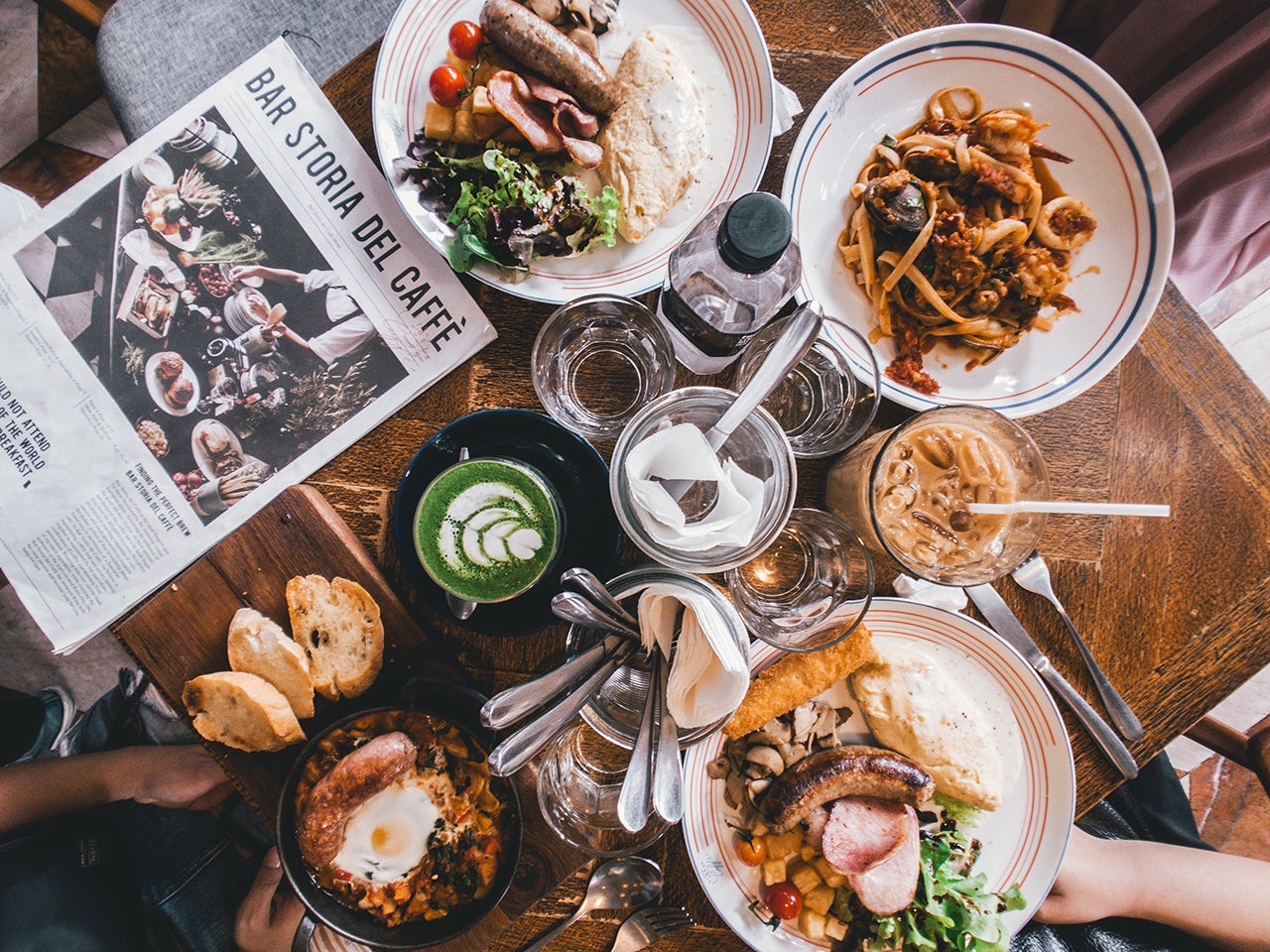 Here's a Handy Guide on Where to Eat in Each Major US Airport
This post contains references to products from one or more of our advertisers. We may receive compensation when you click on links to those products. Terms apply to the offers listed on this page. For an explanation of our Advertising Policy, visit this page.

Take a second and imagine this: you've just stepped off a three-hour flight after being stuck in the middle seat. You're tired, hungry and you've got another two-hour flight before you arrive in Anytown, USA, to celebrate the holidays with your family. As you enter the crowded terminal, you are overcome with that unmissable food court stench. You survey the terminal for the best place to eat. A tiny pang of anxiousness hits you. There are more than a dozen restaurants in that concourse alone, and they're all swarming with travelers. You have absolutely no idea where to eat, and you don't have the time or the energy to try something new.

Thankfully, foodies and travelers alike have spent hours in airports breaking down the best airport restaurants. There are very few guides as comprehensive or detailed as the recently published Eater list of where to eat at each of the major airports across the US (and London and Rome). Eater's list breaks down the top restaurants by airport and highlights a few of the best at each airport to essentially filter out any minutiae and boring chain eateries.

Here are a few of our favorite airport restaurant, plus tips for how to make the most of services like Priority Pass and Grab.

This contemporary American eatery is a great casual place to grab a quick bite to eat before your next flight at Washington-Dulles International Airport. Chef Geoff's specializes in gourmet burgers and modern American cuisine. This might sound like Ruby Tuesday's or Chili's but rest assured, locals love Geoff. Chef Geoff has won a variety of awards for his work including the Albert Uster "Chef of the Year" and Washington Magazine's "Restaurant of The Year."

Chef Geoff's is located in Concourse C near Gate C14. Priority Pass cardholders receive up to $28 per member ($56 with a guest) in credit towards their bill.

This southern-inspired eatery is the product of Chris Bridges, better known as Ludacris. The menu includes popular southern staples including chicken and waffles, battered catfish and shrimp and grits. Chicken+Beer opened in late 2016 yet it has already received rave reviews.

Chicken+Beer is located in Terminal D near Gate D5.

Featuring locally-sourced field-to-fork ingredients, Root Down is a standout at the massive Denver International Airport. The award-winning restaurant features breakfast, lunch, dinner and an extensive list of cocktails, beer and wine. Notable dishes include Colorado lamb sliders and bread pudding.

Root Down is located in Concourse C in the center atrium.

Though surprisingly absent from the Eater list, Beecher's Handmade Cheese at Seattle-Tacoma International Airport is still one of our faves. As the restaurant's name would suggest, cheese is a major staple at this artisan airport eatery. Popular menu items include their famous "World's Best Mac-N-Cheese" and of course the grilled cheese panini.

This chain restaurant is found at multiple US airports including New York-JFK, Los Angeles, Atlanta and soon Dallas-Forth Worth. Featuring menu items like the signature Shack Burger with Shack Sauce and hot dogs smothered in cheese sauce, Shake Shack is not for the calorie conscious. It is, however, a great option for those looking to take their meal on the go.

At New York-JFK, Shake Shack is located in Terminal 4 near gate B37.

This restaurant truly deserves to be on every top airport restaurant list. It's simply good, wholesome southern barbecue. And if there's one thing sure to appease the appetite and relieve the stress of the busy traveler, it's B-B-Q. Salt Lick BBQ features typical staples including ribs and pulled pork.

Salt Lick BBQ is located in Austin-Bergstrom's main terminal between gates 20 and 21.

Three Kings Pub opened just months ago at this midwest airport. A casual eatery with multiple locations in the St. Louis area, it was a popular suggestion when the airport announced they were looking for a local restaurant as a new tenant. Standout menu items include the reuben sandwich and spicy toasted ravioli.

Three Kings Pub is located in Terminal 2 near gate E33.

Using Priority Pass to Save Money

Check out TPG's breakdown of every restaurant in the United States that has partnered with Priority Pass.

As a rule of thumb, virtually every Priority Pass partner restaurant offers a single guest $28 towards their bill, excluding tip. Priority Pass Select, which is available with cards like The Business Platinum® Card from American Express and Chase Sapphire Reserve, allows cardholders to receive up to $56 off when they dine with a guest. $28 can go a long way for solo travelers and is, in many cases, more valuable than access to domestic airline lounges.

Order Ahead With Grab

One issue with airport dining is time. Unless you are unlucky enough to find yourself with an eight-hour layover, most travelers are on a tight schedule. At particularly busy and crowded airports, long waits at popular restaurants will often prevent travelers from enjoying a tasty sit-down meal. Luckily, a relatively new mobile app called Grab allows travelers to order ahead.

Grab is available for iPhone and Android and features a variety of restaurants. In addition to ordering, payments are handled through the app. The app also includes detailed maps of select airports. It's a seamless experience, and the platform has even made its way into the official American Airlines app.