What Happens to Airplanes After Accidents? 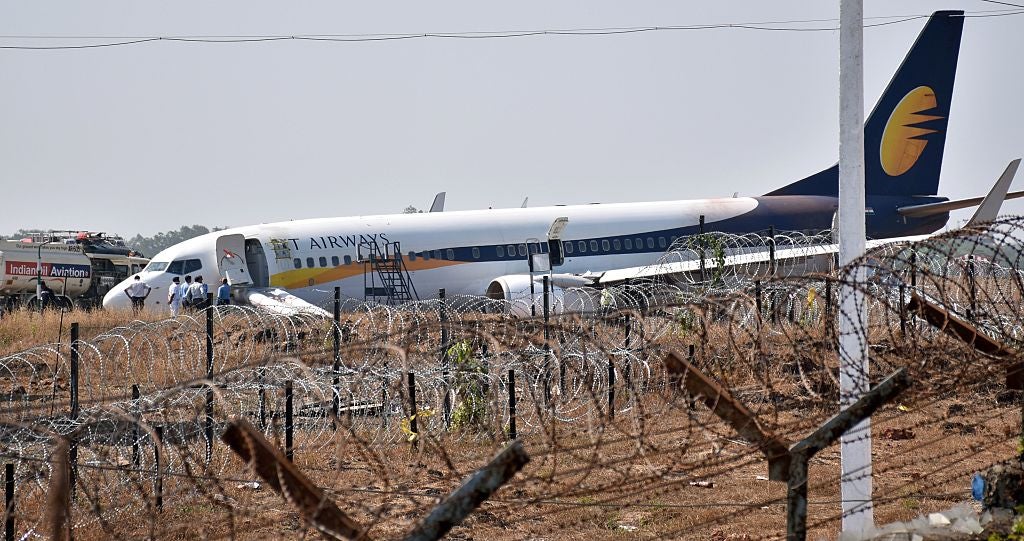 What Happens to Airplanes After Accidents?
This post contains references to products from one or more of our advertisers. We may receive compensation when you click on links to those products. Terms apply to the offers listed on this page. For an explanation of our Advertising Policy, visit this page.

You've seen the video: An Asiana Airlines Airbus A330 slicing with its wing through the tail of another airliner, a parked Turkish Airlines A321, while taxiing at Istanbul airport. Luckily no one got injured, but both aircraft were severely damaged. The smaller Airbus, the A321, had its tail sliced off. But the damage was more extensive than that.

“Both aircraft have received severe structural damage, not just the external visible damage, but loading damage to the tail anchorage points and other components,” said David Learmount, a UK-based expert in commercial aviation safety and consulting editor at Flightglobal magazine.

That's going to be all detailed by the insurance companies, after the Turkish aviation safety authorities carry out an investigation and determine exactly how this happened. And it will be costly.

“The [A321] may have also suffered damage to the rear fuselage structure and landing gear, because the whole aircraft twisted as a result of the blow, so structural surveys will have to be carried out," Learmount said. But the bigger jet will need expensive fixes too. "Its whole right wing leading edge, and the slats on it, will need replacing. The damage may have gone further into the wing structure," he explained. "The loading on the wing and its anchorage to the fuselage will also need to be checked.”

If you're thinking of a joke about how this is just like when a neighbor's car hits yours as he's backing out of his driveway, you're spot on. “This is a matter for the airlines and their insurers, as it would be for a collision on the road between two private motor vehicles,” Learmount said.

And, just like what happens in a car accident, the vehicles often will go back in service after a stint in the shop. An entirely different matter is how long will it take to get both aircraft back in the air. Unless the airplane is an obvious total hull loss, airlines would usually look to repair aircraft involved in incidents, but the decision is not always straightforward.

Even more important than the technical feasibility, it is a matter of whether the remaining economic value of the airframe justifies the cost of repairs. Even relatively minor damage could be a cause for retiring an aircraft, particularly when we are talking about old airframes with little residual value left in them. The two Airbuses in the Istanbul incident are fairly new, and so might go back in service after being fixed.

There are several cases, after all, of airliners that suffered spectacular, sometimes fatal, accidents yet got repaired. A very recent example is Southwest Flight 1380: The Boeing 737 involved in the fatal incident last April, a 17-year old Series 700 model, is currently being repaired by Boeing in Everett, Washington, after being ferried from Philadelphia, where it landed after the engine explosion that killed a passenger. (It got a new engine before flying to Everett.)

Sometimes, even ditching isn't a career-ender for an aircraft. The US Airways Airbus A320 of “Miracle on the Hudson” fame is now in a museum in Charlotte, where it arrived by truck after being fished out of the frigid river, but other planes have been put back in service after similar events.

In 1968, Japan Airlines Flight 2, operated by a Douglas DC-8, landed short of the runway at San Francisco International Airport (SFO) and made a splash in seven feet of water. An orderly evacuation followed, with no casualties reported. Incredibly enough, the jet wasn't given up for lost, also because it was just six months old. It took just 55 hours to pull the aircraft out of the water. The airframe was sprayed with thousands of gallons of fresh water and transported by barge to a United Airlines maintenance center. A little over four months and $4 million later ($25 million in today's money), the four-engined long-ranger was ready for its first post-accident flight test. It flew on until 2001, ending its days as a cargo hauler.

Fast forward to 2015, and you have another case of an airliner that despite looking irretrievably lost, made it back to the skies.

The fire affected not only the engine, but also the side of the fuselage and the wing. Yet, after six months of repairs in Victorville, California, it was back in service and it is still flying today — and you can track its adventures around the world.

Another case of an aircraft being repaired after a serious incident is the Jet Airways Boeing 737-800 that skidded off the runway at Goa's Dabolim international airport (GOI) in India in December 2016. It's still flying, as well.

That's not a viable option for another 737-800 that went off the runway, but a little more spectacularly. The Pegasus Airlines jet ended up hanging off a cliff in Trabzon (TZX), Turkey, in another incident that didn't result in any fatalities despite looking really hairy. The 737 won't fly again, but it was picked up off the cliff with giant cranes and may instead be used for training or educational purposes.

But perhaps one of the most remarkable cases of aircraft recovery is that of the Lidia.

In December 2012, a Basler BT-67 (a modified version of the DC-3) operated by ALCI Aviation, with 15 tourists onboard, crashed on its belly upon take off from an unprepared runway in Antarctica. The aircraft, which was taking a group on a tour of a glacier, suffered severe damage. Given the extreme location of the crash site, you may think that was the end of it. But DC-3s are legendary workhorses, and the Basler conversions with turboprop engines are coveted for their ruggedness and power. There aren't many left around, so it made sense to try and get the Lidia back in service. And that's just what happened, after an incredible rescue operation that involved flying in new parts and essentially rebuilding the plane out in the open, on the Antarctic ice.